Places In Mississippi to grab a cocktail to go. 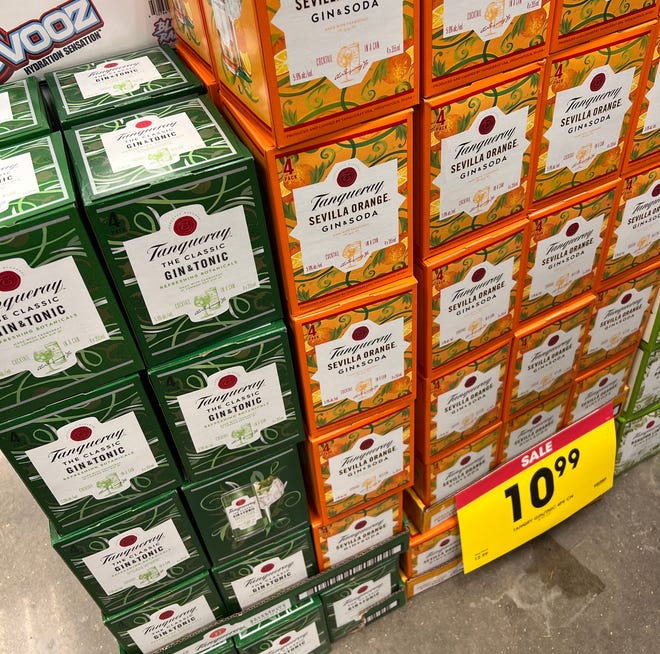 People who love a good drink can now grab ready-to-drink canned cocktails from the shelves of some of their favorite retail outlets, thanks to legislation passed by the Mississippi Legislature in July 2021.

Supermarket and convenience store shelves are now stocked with the ready-to-drink canned cocktails from makers including Absolut, Bacardi, Crown Royal, Jack Daniels, Jameson and Malibu, to name a few.

“My husband loves them,” said Abby Rowland of Brandon who was shopping at the Kroger in Pearl. “I buy them all the time for him now when I grocery shop.”

Before the legislation passed, ready-to-go cocktails were only sold in liquor stores.

“We are excited to now offer ready-to-go cocktails from the leading spirits brands in the country,” said Brian Drennan, President of Capital City Beverages, a Jackson-based family-owned beer and wine distributor.

Under the law that took effect in February, cocktails can now be sold in grocery stores, convenience stores, drug stores and bars that don’t have a liquor license.

“The new state law allows spirit-based products up to 7.5% alcohol by volume to be sold at retail locations,” according to a press statement from Capital City Beverages.

“Every cocktail is very authentic and made with real Crown Royal flavors,” said Gene Sheriff, president of sales at Capital City Beverages. Sheriff said the drinks are available for purchase seven days a week.

“Everything during the pandemic helped change legislators’ minds about the idea of selling cocktails or any type of alcoholic beverage to go in restaurants because of the ability to comply with alcohol laws,” according to a CNBC.com story on Marbet Lewis, CEO of Spiritus Law. The firm represents highly regulated industries such as the alcohol industry.

Sheriff said 1,500 stores in 19 Mississippi counties are selling the ready-to-go cocktails distributed by more than 40 suppliers.