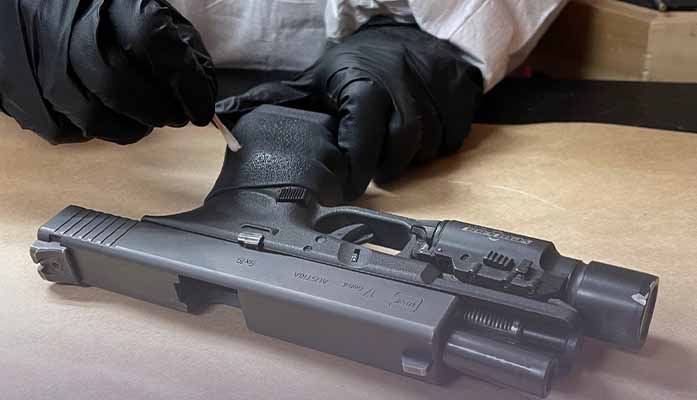 The Phoenix Police Department on Thursday announced the arrest of Manuel Sierra in connection with 11 related drive by shootings.

According to the Department, these shootings targeted multiple members of one extended family, and occurred over the span of the last 6 months in south and west Phoenix.

The first incident occurred on December 31st in the area 25th Avenue and Baseline when someone opened fire striking a home and two vehicles in the driveway.  Over the next six months, the shootings continued with 11 additional homes and multiple vehicles struck by gunfire. During at least half of these shootings, the homes were occupied at the time. No one was injured.

During these six months, the families targeted also received threatening text messages tied to the shootings.

During the course of this investigation, the 24-year-old Sierra was identified as the suspect in these incidents, and probable cause was developed to arrest him for his role in all 11 shootings. It was determined Sierra was a past romantic partner to someone related to the victims.  Sierra was arrested on May 11, 2022, in the area of 238th Avenue and Twilight Trail in Buckeye, and booked into the Maricopa County Jail on 18 felony charges.