PBA: With focus on winning, Standhardinger thriving in role with Ginebra 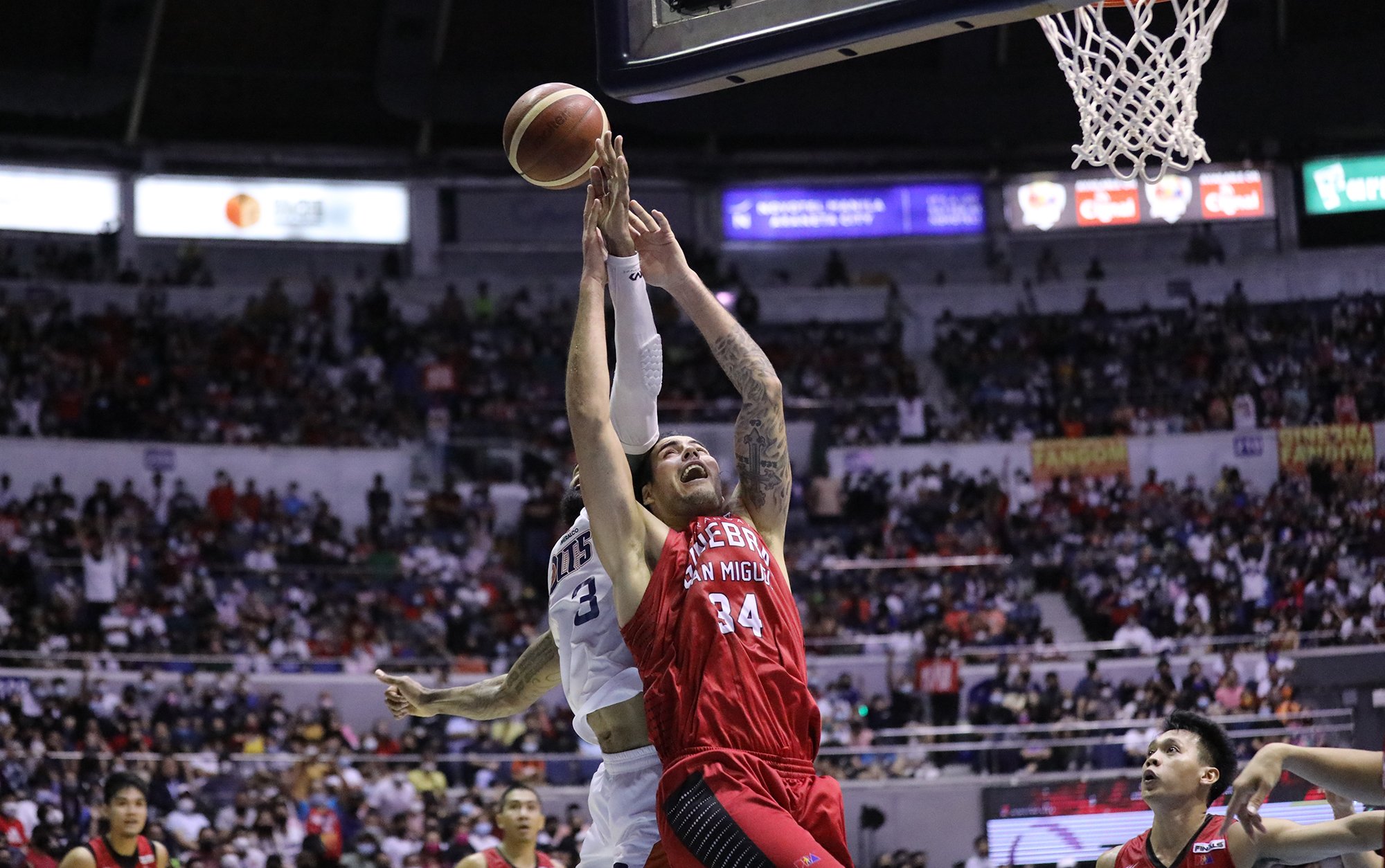 MANILA, Philippines—Christian Standhardinger figured at the forefront of feisty Barangay Ginebra counterattack down the stretch that sealed a 115-110 Game 5 win over Meralco in the PBA Governors’ Cup Finals on Sunday night.

The tireless Gin Kings forward hit back-to-back baskets and then corralled a key offensive rebound that pretty much snuffed out the Bolts’ hopes of a coming back in the contest at Smart Araneta Coliseum.

“I knew we needed something, right? We needed something. And I just wanted to play within the offense of coach Tim (Cone),” he told reporters on the heels of a 13-point, seven-rebound job that helped the crowd darlings move within a win away from championship glory.

“They gave me that shot, and then I took it. And, you know, sometimes it goes in, sometimes it doesn’t. You can just give your best. That’s what my mother always told me—give your best. I gave it my best shot and I’m happy it went in today and I was able to contribute to our victory,” he went on.

It was not the finest outing by the Filipino-German forward. But it sure underscored just how far he has come in terms of embracing his role in Ginebra.

Plucked from NorthPort in March of last year, Standhardinger had to shed his do-it-all self in his stint with the Gin Kings. And understandably so. The squad already had JApeth Aguilar and Scottie Thompson, and in this conference Justin Brownlee. The transition has not been exactly a smooth one, but those days of integration feel a little less bumpy now, according to the 6-foot-8 forward.

“It’s much better now,” he said of fitting in with the club. “What really helped me a lot is Boss [Alfrancis Chua]. He told me, ‘Hey, we don’t need you to do anything too special, we don’t need you to score 30 points or 25 points, we just need you to help the team to win.’ And Coach Tim (Cone) told me the same thing. That gives a lot of security for a player,”  he said.

“I played in Europe, I played in Germany, I played in Hong Kong where you kind of has to score. And if you don’t score, but you do all the other work that is not there in the stat sheet, then they will be mad at you and they will tell that you’re not playing good,” he went on.

“I’m very happy that Boss Al and Coach Tim—they see the other things that I bring to the court. There’s no pressure, and I just can truly focus on winning. And that helps me a lot. And I think that’s why I had a much easier time [now].”

That relaxed disposition has allowed Standhardinger to feel right at home with Ginebra. But more importantly, it has put him and the Gin Kings within reach of another PBA title.

A title on Wednesday would be the third for the top pick of the 2017 Rookie Draft, and the 14th overall for the beloved franchise.