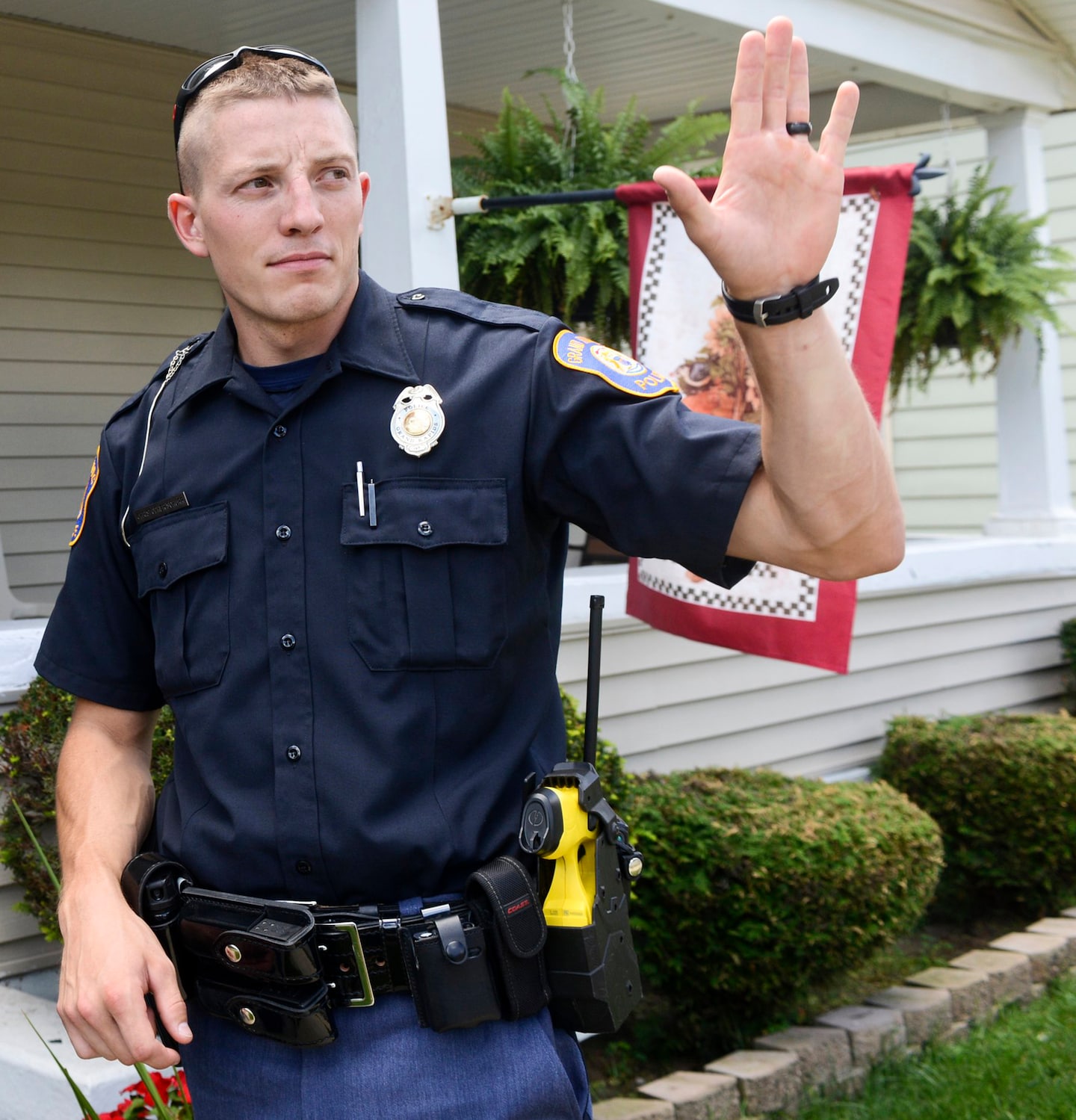 Police in Michigan have identified the officer who killed Congolese refugee Patrick Lyoya in a shooting that has drawn national outrage and weeks of protests.

Grand Rapids Police Chief Eric Winstrom named the officer as Christopher Schurr on Monday, three weeks after the traffic stop that ended in the death of 26-year-old Lyoya. He said Schurr, a seven-year veteran of the agency, remains on paid leave as the Michigan State Police investigate the April 4 incident, in which Schurr shot Lyoya in the back of the head.

The Grand Rapids Police Department had previously refused to identify the officer, citing a long-standing practice of withholding the identities of people who have not been arrested or charged with a crime. Lyoya’s family, along with activists and leaders of the Black community, demanded the name.

“Every time a young Black man or woman is arrested in this town, you put their name all over the news. Every time we’re suspected of something, you put our name out there,” the Rev. Al Sharpton said during Lyoya’s funeral on Friday. “How dare you hold the name of a man that killed this man? We want his name!”

The shooting was captured in videos released by the police department earlier this month. The footage showed Schurr stopping Lyoya on a residential street and telling him his plates did not match his car. Lyoya ran into a nearby yard, and Schurr chased after him. In the struggle that followed, Lyoya appeared to grab at Schurr’s Taser. Schurr was on top of Lyoya, who was facing the ground, when he fired a shot into the back of his head.

Lyoya’s father, Peter, said he was “killed like an animal.”

Winstrom announced in a Monday news release he had decided to identify Schurr “in the interest of transparency, to reduce on-going speculation, and to avoid any further confusion.” He noted that the name was already circulating online.

The police department released no other details about Schurr.

Schurr graduated in 2014 from Siena Heights University, a private Catholic school in Adrian, Mich., according to an alumni online magazine article noting his swearing-in at the Grand Rapids Police Department.

A graduate of Byron Center High School, Schurr majored in criminal justice and was a record-setting pole vaulter in college, the Grand Rapids Press reported in 2014. The article noted he planned to marry his high school sweetheart in Kenya, where the two had previously gone on a mission trip. He told the paper they wanted to return for another mission trip but couldn’t afford that and the wedding, so they decided to combine the two.

“We’re going to do a wedding their style,” he said. “I have an African outfit already and my fiancee will pick out some fabric and she’ll make a Kenyan-style dress.”

Lyoya’s parents have called for Schurr to be fired and prosecuted. Kent County Prosecutor Chris Becker will review the Michigan State Police investigation once it is completed to determine whether charges are warranted.

Ven Johnson, one of the attorneys representing the Lyoya family, criticized the Grand Rapids Police Department’s delay in identifying Schurr.

“An intentional three-week delay in releasing the name of the involved officer, which they clearly knew at the moment of the shooting, is offensive and the exact opposite of being ‘transparent,’ ” he said in a statement to the Detroit Free Press. “Once again, we see the Grand Rapids Police Department taking care of its own at the expense of the family’s mental health and well-being.”