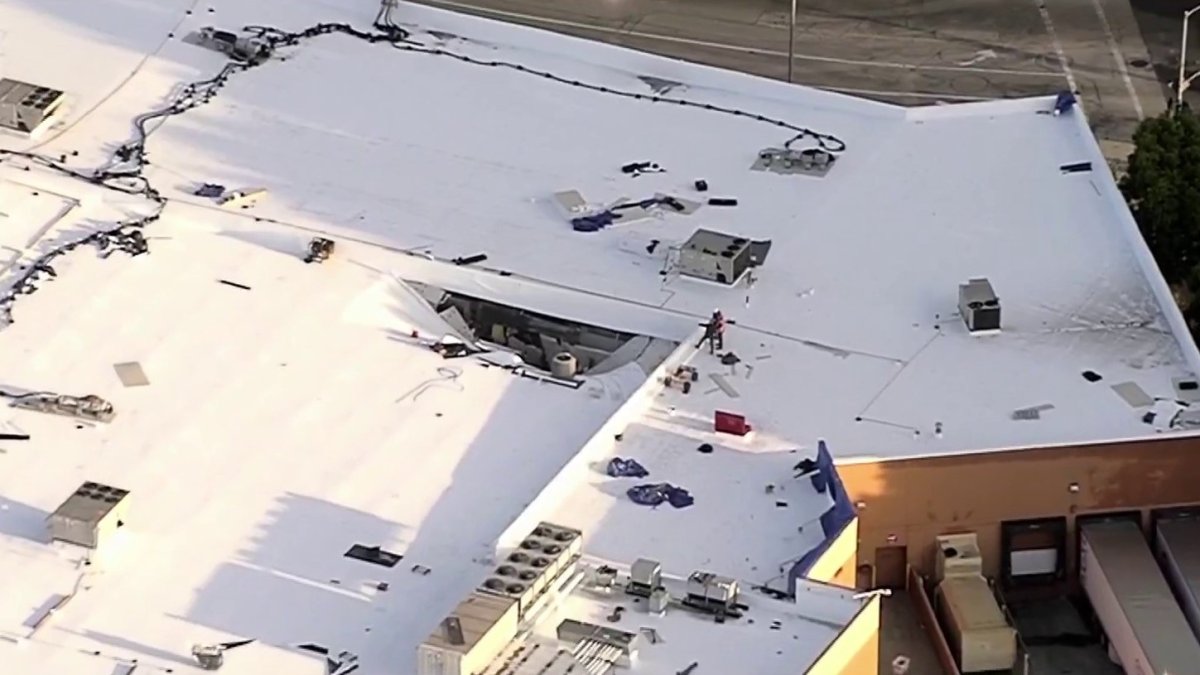 Part of a roof collapsed at a Target store in Alhambra during a night of rain in Southern California.

The partial collapse was reported at about 1 a.m. at the store in the 2100 block of West Main Street in the western San Gabriel Valley community. Responding fire crews found a 25-by-25-square-foot hole in the roof.

The collapsed happened sometime after a heavy downpour around midnight, the Alhambra Fire Department said. The weight of the standing water caused the roof to collapse, the fire department said.

Alhambra recorded .60 inches of rain from the fast-moving storm system that drenched parts of Southern California.

Employees inside the store, which was closed, were stocking shelves at the time.

No injuries were reported.

A structural engineer and electrician are assessing the damage. Repairs also might require plumbing and heating-ventilation work.

The store will remain closed during repairs.

“Early this morning, a small section of the roof collapsed at our Alhambra store,” a Target representative said in an email to NBCLA. “The store was not open at the time and we’re grateful that no guests or team members were injured. We appreciate the fast response of the Alhambra police and fire departments.

“The store is temporarily closed while we investigate the cause of the collapse, assess the damage, make repairs and work to reopen as quickly as possible. Guests can visit our nearby store at 3600 Rosemead Blvd. for their needs, and all of our team members will be offered temporary positions at nearby locations until the Alhambra store reopens.”

Los Angeles received .33 inches by Friday morning. Other totals include .51 inches in Santa Monica; .13 in Long Beach; and .15 in Victorville.