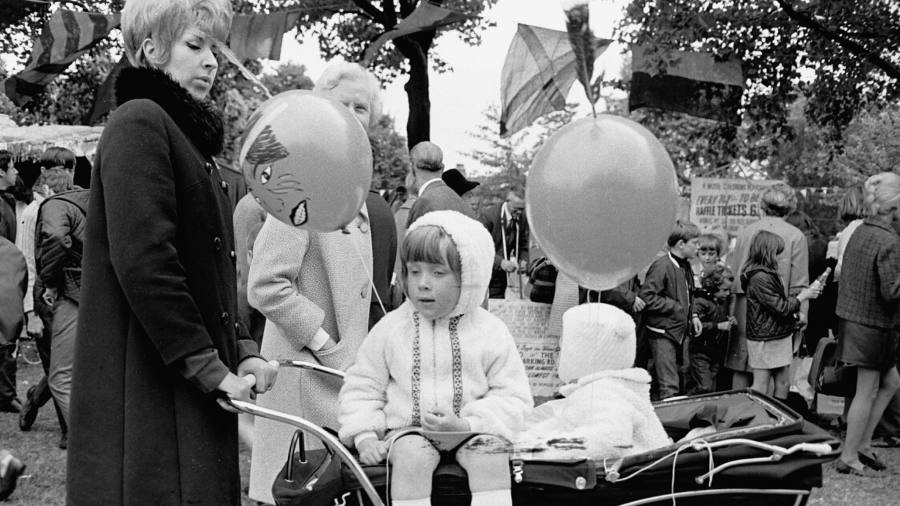 Wherever you look, the ambitions of the young are thwarted by the old. In the UK, the votes of the postwar generation took the country out of the EU. In France, if Emmanuel Macron returns to the Élysée, it will be because the nation’s septuagenarians form an obstinate barricade to the young’s desires to quit Nato and throw the Fifth Republic into jeopardy. In the US, the votes of boomers could well lead to a second term for Donald Trump and the end for the American experiment. And in Israel, they joke that when you hear an ambulance going past, it is either a Likud voter being born or a Labour voter dying.

While across the democratic world, age is increasingly a useful heuristic for guessing how people vote, it isn’t a consistent one. Depending on where you live, and depending on your politics, in some countries, the baby boomers are either the last, best hope for democracy, or the anchor dragging the whole country down with them.

Desperate individuals — like marketing professionals or opinion columnists who have passed their deadline — love to talk about “generations” because they are neat ways to sell someone something they might not otherwise buy. Politicians like them, because they either make them feel their moment in the sun will last for ever, or their period in the wilderness will be brief. (This is why, whether they are in opposition or in office, Democrats love to talk about their emerging majority so much.) If you want to understand consumer habits, or election outcomes, so the story goes, it’s all about generations.

There is just one problem: generations aren’t real. Politics and consumer behaviour in general can’t be well understood through neat 20-year bands with buzzy nicknames.

Generation-babble is one of the rare political trends that really is all the fault of the baby boomers, because post-second world war population growth is a real and discrete social and economic trend. This is a challenge for democracies, because the boomers are a powerful electoral group; and for policymakers, because the boomers will make increasing demands on healthcare infrastructure in coming decades. But that doesn’t mean the 20-year window illuminates a real cohort.

That is obvious when we seek to make comparisons between countries — is a baby boomer in Israel, the first generation to be born in a new democracy, comparable to a South Korean boomer growing up in an autocracy? It also becomes increasingly shaky when we look at one country in any detail. The first set of British baby boomers had rationing, and no television until their teenage years. The last of the cohort had commercial television and free access to whatever food they could afford. In the UK, the “generation” that succeeded the baby boomers, Generation X, begins with people who had to arrange a date with the government in order to get a phone line fitted and ends with people watching MTV.

It is trivially true to say that the circumstances of your birth, and the social, technological and economic trends that shaped your upbringing, influence how you vote and how you consume. What’s actually useful though is to precisely delineate these events, rather than look at the boomers, give up and split the rest of the age distribution into trite two-decade bands.

One reason why boomers in the UK have become the electoral shock troops of the right is that their greater health and longevity compared with their parents and grandparents means that wealthy boomers live longer. But as boomers begin to die off, the great bulge of boomer inheritances will reshape politics: and reveal that, actually, the real divide in British politics is, still, about who owns assets.

Occasionally, traumatic events can throw a spanner in the works and reshape how different cohorts vote. One reason why younger generations in Israel are more likely to vote for parties of the right is that they came of age against a backdrop of political failure on the left and a growing security threat. It seems likely that the cohort that experienced a large chunk of its schooling in lockdown will be rather different from the ones before and after. They can’t be easily split into manageable chunks: the cohort to have only known low interest rates is a smaller one than the cohort to have had television at home.

What unites these genuinely divergent groups is that they have been influenced by specific events. What matters is whether your cohort is defined by the end of war in Europe, Covid, the Second Intifada, advances in cardiovascular medicine or the widespread adoption of mobile telecommunications. Not shallow questions about whether you leave answerphone messages or have the decency just to send a text.