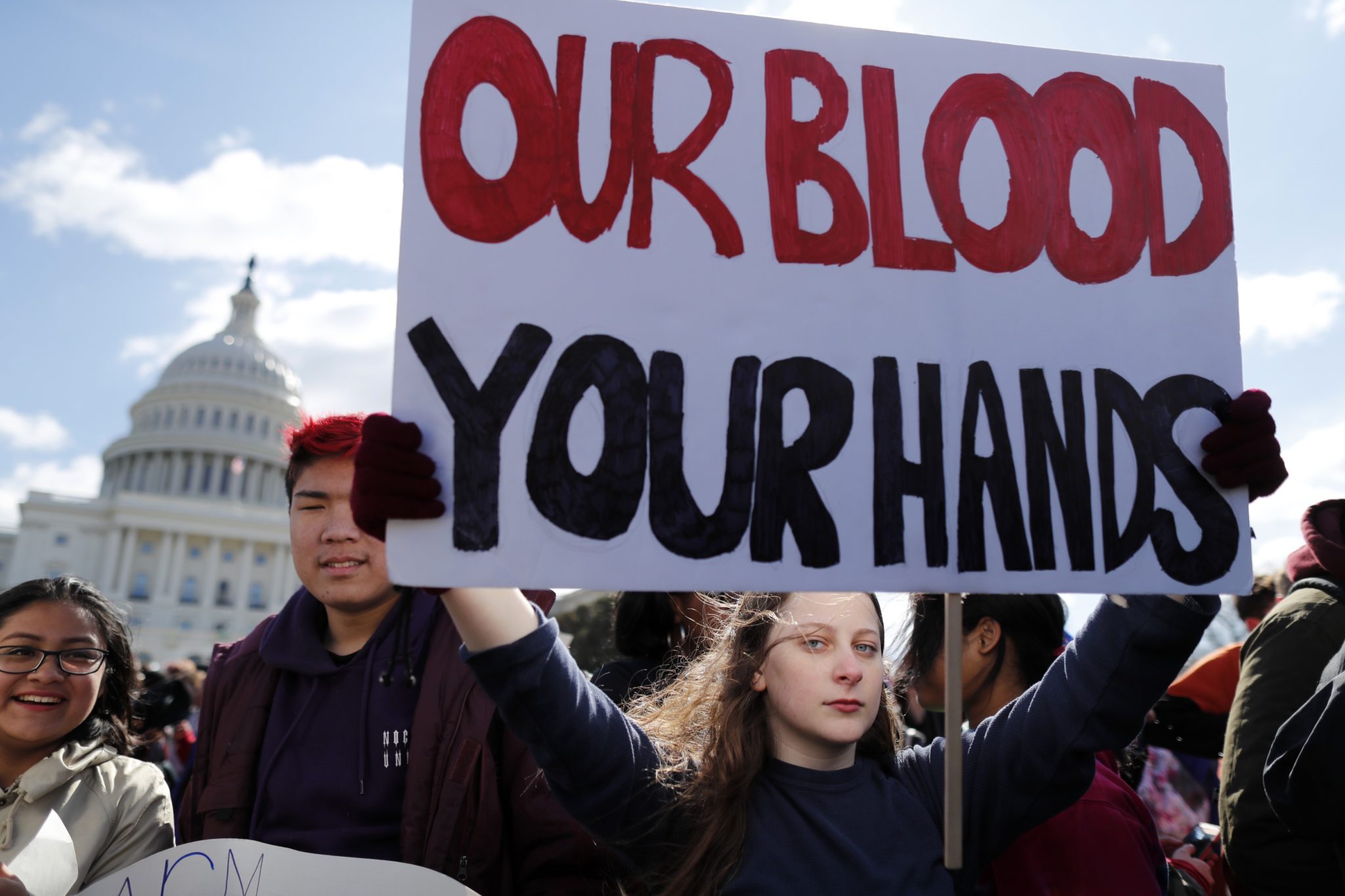 So much for the NRA’s fallback excuse of “it takes a good guy with a gun to stop a bad guy with a gun.” It turns out that there was an armed school police officer at Robb Elementary and this officer exchanged gunfire with the shooter. The officer was shot and injured. In fact, three local officers were injured in the shooting.

“NEW: Texas DPS tells me there was in fact a school police officer on campus at Robb Elementary who exchanged gunfire with the shooter and the officer was shot & injured. That is when the shooter ran inside the school, barricaded himself in a class, & began killing.

Adding to this, TX DPS tells me three local officers were injured in the shooting, and as a result of the shootout with the school officer, the gunman dropped a bag of ammo he couldn’t bring inside. A responding Zavala County deputy engaged & had a weapon malfunction,”Bill Melugin, national correspondent for Fox News, tweeted Wednesday afternoon.

Enabling an environment where police officers face off with AR style rifles is not “backing the blue” and is most definitely not “pro-life.”

Republicans, including Texas Governor Gregg Abbott, Donald Trump, Senator Ted Cruz and more, are still at this time planning on speaking at an NRA annual meeting in Texas this weekend.  GUNS ARE BANNED during Trump’s speech, because the Secret Service knows what we all know, and that is that guns are dangerous.

Just last year, Abbott signed 22 pieces of legislation to make it easier to buy, carry and own guns in Texas, where the school shooting took place, including “Unlicensed carry, lower minimum age, no federal limits.”

It’s important to know that a majority of Texans did not want permitless carry. A Texas Tribune poll in  2021 found: “A solid majority of Texas voters don’t think adults should be allowed to carry handguns in public places without permits or licenses, though the idea is popular with a 56% majority of Republicans. Overall, 59% oppose unlicensed carry — a number driven up by the 85% of Democrats who oppose it. On the Republican side, the gun questions revealed a gender gap. Among Republican men, 70% said they support unlicensed carry; 49% of Republican women oppose that position.”

Just how big of a slave to the NRA is Gov Abbott? Well,  he banned all state agencies from signing contracts with businesses that “discriminate against the firearm industry” and he also signed the Second Amendment Sanctuary Act, “which forbids local agencies from enforcing new federal gun rules.”

The NRA has bought the Republican Party lock, stock and barrel. Gregg Abbott is a disturbingly grotesque version of the Trump Republican party – a person who delights in harming his own people, who can face a horrific slaughter of young children  – the 27th school shooting this year – and blame, ever so cowardly, “mental health,” when in fact every country has mental health issues, but they do not have mass school shootings because we have a GUN FETISH PROBLEM.

Most Americans would be horrified to know that we literally cannot stop a suspected terrorist from buying a gun right now, because Republicans fear-monger about the unproven “slippery slope” of what they see as their. most sacred right  – the right to refuse to pass legislation that would save American lives because GUNS COME FIRST. The second amendment is up there with the Bible for Republicans, and it’s high time we as a society call out the absolute obscene nature of this fetish for what it is- a cheap excuse to give their big donor (NRA) everything it wants while letting it enable the mass slaughter of children.

We have a gun problem. Good guys with guns do not solve the gun problem. America has a gun problem and it can be traced to Republicans legislating as if they work for the NRA (a gun manufacturer lobby)  instead of the people.

The NRA Republicans’ craven justifications and lies have been unveiled again. Every single elected official who refuses to do their job to protect children has blood on their hands.