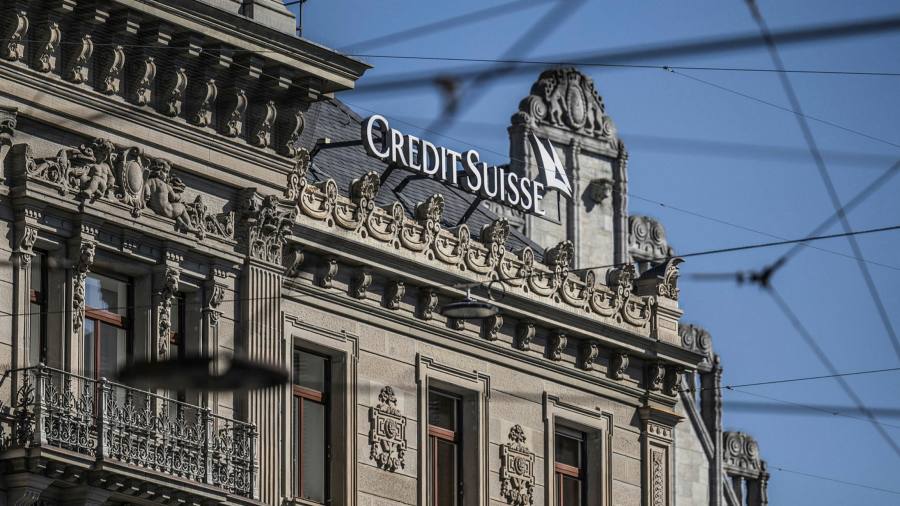 The world’s largest sovereign wealth fund has backed calls for a special audit at Credit Suisse and warned it would not absolve executives and board members from blame over multiple scandals as pressure grows on the Swiss lender to revamp its senior management.

Norway’s $1.3tn oil fund, which is a top-15 shareholder in Credit Suisse with a 1.3 per cent stake, will vote against discharging the board and top executives from legal liability for the 2020 fiscal year at Friday’s annual meeting, it said in an announcement of its voting intentions on Sunday.

That raises the temperature further on the bank as the two most influential proxy advisers, ISS and Glass Lewis, recommended the same stance earlier this month.

The wealth fund and the shareholder advisers are reluctant to absolve the lender’s board of failings around the collapse of supply chain finance firm Greensill and Archegos Capital, the family office whose implosion caused a $5.5bn trading loss, the bank’s biggest in its 166-year history.

However, the oil fund went one step further than the proxy groups and backed a shareholder proposal from the Ethos Foundation to appoint an independent special auditor to probe supply chain finance losses involving Greensill and the “Swiss Leaks” affair, in which details of accounts at the lender linked to serious crimes were exposed.

This was in protest at the board’s decision not to release a report into the failings around the collapse of Greensill last year, which caused Credit Suisse to freeze $10bn of client funds, $2.7bn of which are yet to be recovered.

The oil fund, together with ISS and Glass Lewis, is recommending voting against discharging directors for 2020, but will vote in favour for 2021. It reduced its stake significantly in the Swiss lender during 2021, cutting it from 3.4 per cent at the end of 2020.

Credit Suisse has been embroiled in multiple scandals including the Greensill and Archegos collapses, the “Swiss Leaks” affair, ex-chair António Horta-Osório’s departure after breaching Covid-19 quarantine restrictions and excessive use of the corporate jet plane, criminal charges over dealings with a group of cocaine-smuggling Bulgarian Mafiosi and paying $475mn in fines to settle the Mozambique “tuna bonds” scandal.

Under Swiss law, corporate directors and executives are liable to shareholders for misleading or incorrect statements, as well as for causing damage to the company, either intentionally or through negligence. Each year, shareholders are typically asked to vote to discharge them from their legal liability for the previous financial year.

Last year the bank did not include a discharge vote at its annual meeting as it was in the immediate aftermath of the collapses of Greensill and Archegos. While the vote is largely symbolic, it is an important barometer of shareholder opinion of a company’s leadership.

Norway’s oil fund is looking for environmental, social, and governance (ESG) issues to help it boost what it thinks will be lacklustre returns over the next decade, and has already voted against Apple over its pay policies this year.

The bank said that senior management “regularly” reviewed “senior appointments for certain positions” but that “no board decisions have been taken”.