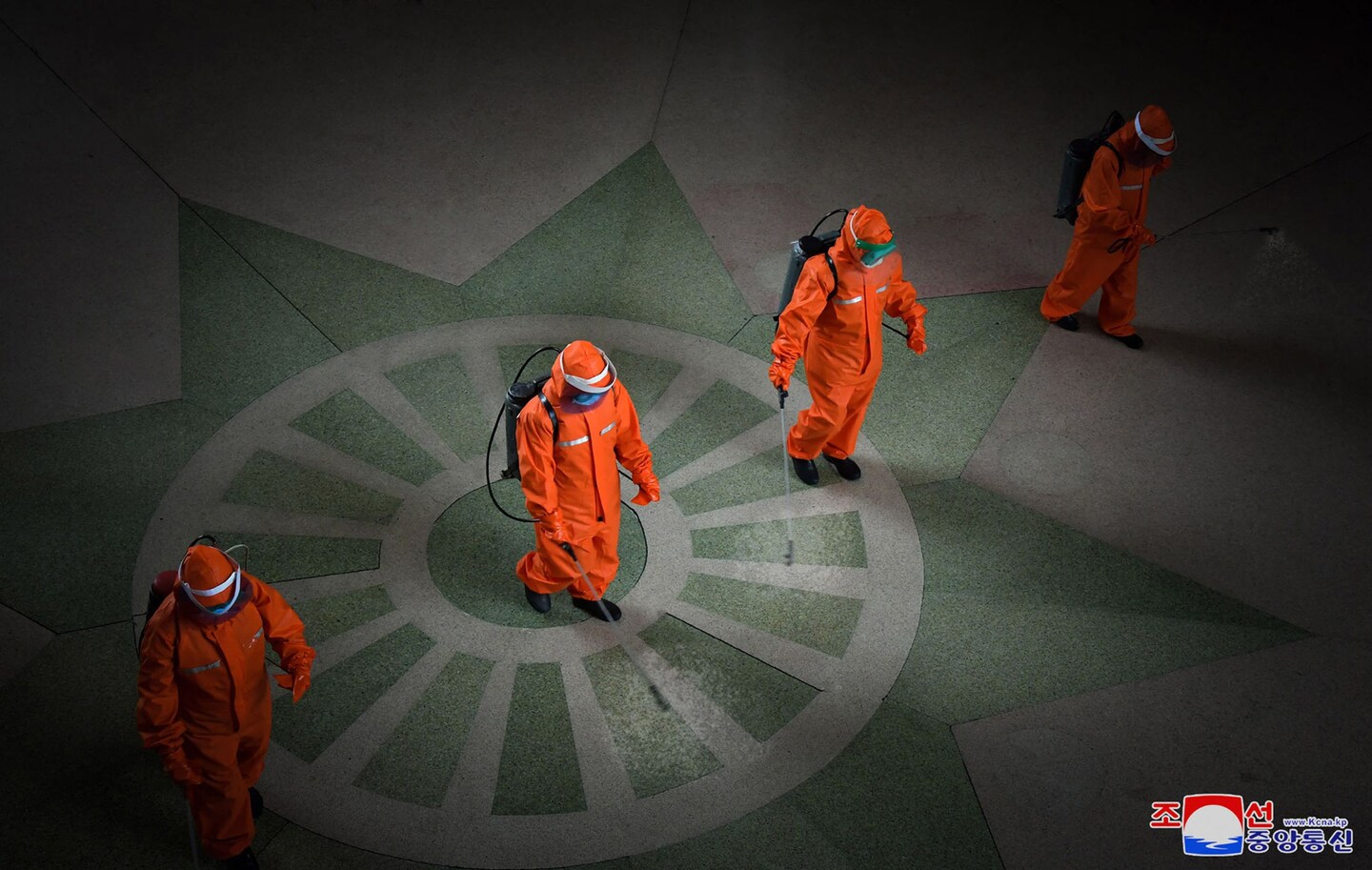 SEOUL — The coronavirus pandemic has finally penetrated North Korea, an impoverished country with a fragile health-care system and no vaccine program.

If the figures are accurate, the country appears to be experiencing the beginnings of the disaster that the rest of the world faced in early 2020: A national health crisis that will quickly overwhelm a health-care system already under duress, with the most vulnerable people at greatest risk of death.

Here’s what to know about covid and health care in North Korea.

The spread of covid in North Korea

On May 12, North Korea reported its first covid outbreak of an unspecified number of BA.2 omicron subvariant cases. Until then, North Korea had maintained it had no positive cases, though many experts doubted the veracity of that claim.

The illness seems to have since spread rapidly, surging to more than 1.7 million suspected cases, according to state media on Wednesday. North Korea calls the cases “fever,” an apparent euphemism for covid-19, as they probably lack the capacity for proper diagnosis because of a shortage of test kits.

William Hanage, co-director of the Center for Communicable Disease Dynamics at the Harvard T.H. Chan School of Public Health, said that firm estimates for the numbers of deaths per case for BA.2 had not been fully established yet, but that they appeared to be close to the original virus that first struck in 2020. The fatality rate then was roughly 0.5 percent, which would translate to 125,000 people in North Korea.

“This notion that omicron is mild is false, what we are seeing is that people who are vaccinated have much reduced risk of severe disease and death,” warned Maria van Kerkhove, the World Health Organization’s lead on covid-19, in a briefing Tuesday. “That narrative is really deadly, because people think they are not at risk.”

So far, the reported fatalities are far below that. At least 61 “fever” patients have died as of Wednesday, including from related issues like medical negligence and complications from drug usage.

North Korea’s population is about 25 million and relatively young, with a median age of around 35, and so would be less likely to experience serious illness and death than older populations.

Still, global health experts worry about the emergence of a new variant from North Korea. “Where there is unchecked transmission there is always a higher risk of new variants,” said the WHO’s director of health emergencies, Michael Ryan, at the Tuesday briefing when asked about North Korea.

North Korea admits to coronavirus outbreak for the first time

Outside the country’s privileged capital of Pyongyang, residents suffer from chronic malnutrition, and about 40 percent of its population is considered malnourished, according to the United Nations and UNICEF.

North Korea claims it has free health-care service for all citizens, but in reality it applies just to the wealthy and elite in Pyongyang, due to a chronic lack of medical supplies and infrastructure in the country.

Other than certain hospitals in Pyongyang, most hospitals in North Korea are poorly equipped and lack a reliable supply of electricity and heating. As a result, many North Koreans turn to informal health-care practitioners who operate illegally at their homes or black market medicine sellers.

In the wake of the covid-19 outbreak, leader Kim Jong Un mobilized medical units of North Korean military to distribute medicines to pharmacies with 24-hour availability, but the reach of his order was limited to pharmacies in Pyongyang.

International sanctions have limited North Korea’s ability to repair and obtain new parts for machines, keeping it from producing its own medical supplies, Hong said.

In a 2021 report to the U.N., North Korea said it struggles with the “lack of the capacity of health personnel, low technical foundation of pharmaceutical and medical appliance plants and shortage of essential medicines.” The country added that some of its pharmaceutical, vaccination and medical appliance plants do not reach the manufacturing standards of the WHO and aren’t sufficient for local demand.

North Korea had a shortage of medicine even before its border closure in 2019, because of dwindling funds from donors to the agencies procuring medicine and sanctions that limited local production, said Nagi Shafik, former manager at the WHO office in Pyongyang who was last there in May 2019.

The country’s most urgent needs are test kits, personal protective equipment, and medication — particularly, the anti-viral medicines used to treat covid-19, he added.

Hong said North Korea likely will not be able to ramp up production of such supplies, which will limit the country’s ability to contain outbreaks and leave health-care workers vulnerable.

“This could potentially be very catastrophic for the North Korean people,” Hong said. “And with limited communications with experienced physicians, they will need to determine appropriate treatment paradigms on their own for what has been a new and difficult to manage illness for most of the world.”

North Korea’s Air Koryo planes flew to Chinese city of Shenyang on Monday to pick up medical supplies, according to local media reports. China’s Foreign Ministry did not confirm the media reports but said it is willing to help North Korea battle covid.

Kim has restricted travel around the country and the response is being handled at the “inminban” level, which are neighborhood watch-like system of monitors, said Jiro Ishimaru, the founder of the Japan-based news service Asia Press’s Rimjingang, which has informants in North Korea.

State media has emphasized at-home treatments. In a story titled “How to treat fever patients,” official Rodong Sinmun recommended “Korea-style treatment” for patients with light symptoms. One of the suggested remedies was brewing willow leaves in hot water and drinking it three times a day.

In the past week, sources along the border region said they were worried about the spread of covid, especially during rice planting season when there is high demand for work and a dwindling supply of rice harvested in the fall, Ishimaru said.

Those who have fever are required to isolate at home and treat themselves, without a clear way to access food — increasing fears of people starving to death in quarantine, Ishimaru said. Residents fear citywide and countywide lockdowns similar to Shanghai with no access to food, he said.

“Since the beginning of covid, [cross-border] trade was stopped and the flow of medication halted. The entire medical system has collapsed,” Ishimaru said. “People are risking death because they can’t access medication. This is a man-made crisis. The most important thing for North Koreans right now is access to food.”