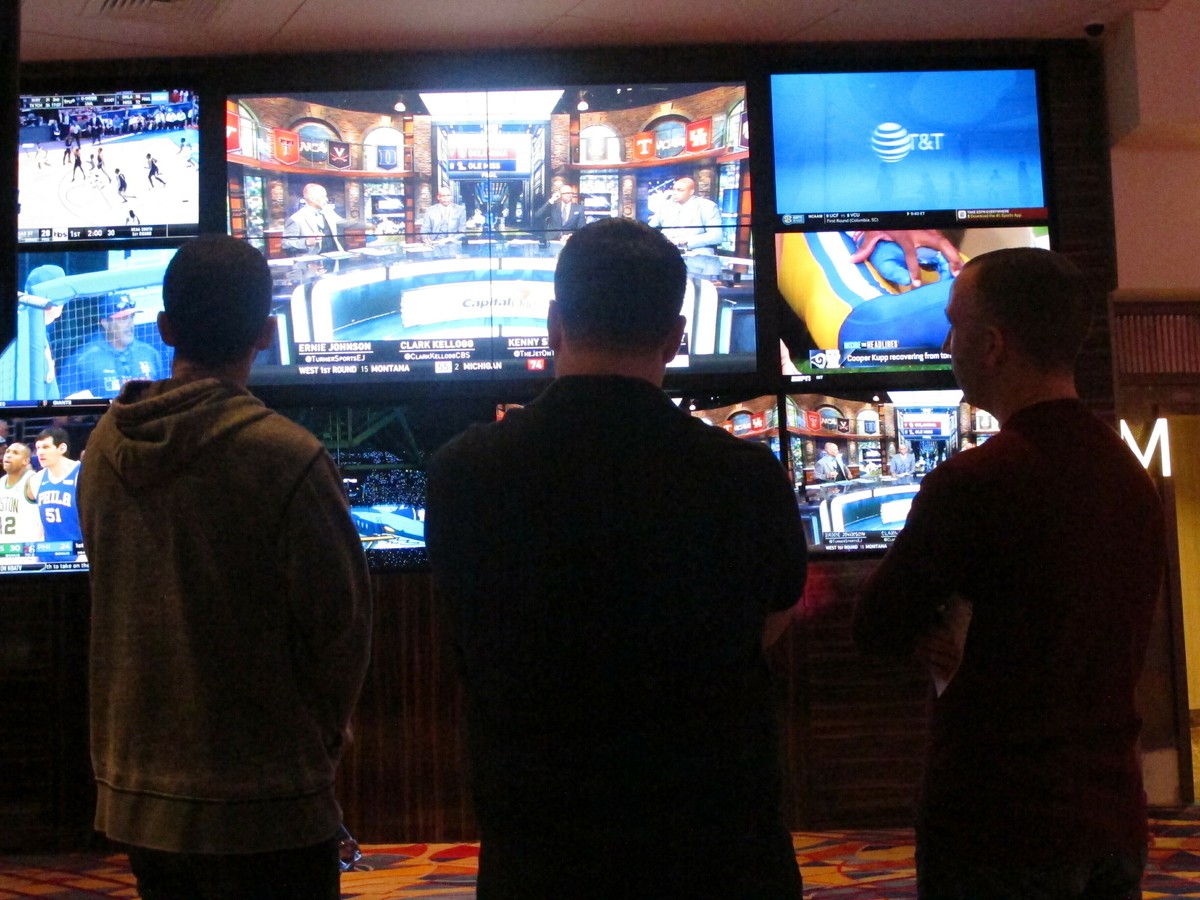 But the news was bad in March for seven of the nine casinos that continued to lag behind their in-person gambling revenue levels from before the coronavirus pandemic hit, according to figures released Monday by state gambling regulators.

The New Jersey Division of Gaming Enforcement reported the state’s casinos and three horse tracks that take sports bets handled over $1.12 billion worth of such wagers in March, aided by the March Madness college basketball tournament.

Yet out of that total, only $66.4 million was kept as sports betting revenue by the casinos and tracks after paying off winning bets, third-party partners and other expenses.

The casinos and tracks made $423.6 million in gambling and sports betting revenue in March, up nearly 18% from a year earlier.

However, that comparison is flawed because in March 2021, Atlantic City’s casinos were still operating under state-imposed pandemic-related restrictions. Going back two years is also an invalid comparison because the casinos shut down in the middle of March 2020 as the pandemic originally surged.

Casino executives say 2019 is the most telling comparison, looking at the period before the pandemic began. The casinos won $382.9 million in total gambling revenue in March, including sports betting and internet gambling, compared to $273.7 million in 2019.

Still, casino executives say those numbers are skewed by sports betting and internet money, much of which the casinos don’t get to keep after partners and expenses are paid.

They say a more telling comparison is in-person gambling revenue won from gamblers inside casinos. And in that comparison, seven of the nine casinos are lagging behind their pre-pandemic levels.

The nine casinos collectively won $216.6 million from in-person gamblers in March of this year compared to $223.1 million in March 2019.

Only two casinos — Hard Rock and Ocean — are winning more now on their premises than they did before the pandemic. Hard Rock won $39.3 million from in-person gamblers in March, up nearly 60% from 2019, and Ocean won $25.4 million, up 67% over that same period.

“The Atlantic City market was down 3% compared to 2019 with seven of nine properties down 17% collectively, with only Hard Rock and Ocean showing increases,” said Hard Rock President Joe Lupo. “While the market is still struggling to return from pre-pandemic volumes, we remain very encouraged as we look ahead to a great summer in Atlantic City.”

The Borgata had over $106 million in total gambling revenue in March, more than twice its nearest competitor, Hard Rock, which had nearly $46 million.

But in terms of in-person gambling revenue, the gap is much narrower, with Borgata winning nearly $55 million compared to $39.3 million for Hard Rock.

Jane Bokunewicz, director of the Lloyd Levenson Institute at Stockton University, which studies the Atlantic City gambling market, took note of the dichotomy between total gambling revenue, which is increasing with the help of internet and sports betting, and in-person casino winnings, which by and large is not.

“With such a strong start to the year, we have every reason, barring as yet unforeseen complications, to expect 2022 to set new near-term records for total annual gross gaming revenue,” she said. “However, operators may still struggle to gain ground on pre-pandemic 2019 in terms of brick-and-mortar gaming revenues.”

For the first three months of this year, Atlantic City’s casinos have won nearly $1.1 billion in total revenue. But only $612 million of that was won from in-person gamblers.

She also said casino employment is lagging behind pre-pandemic levels, as casinos compete with each other for additional labor with the busy summer season approaching.

New Jersey’s internet gambling market was up nearly 24% in March from a year earlier, to $140.6 million.

McIlroy powers to a 65 for early lead at PGA Championship