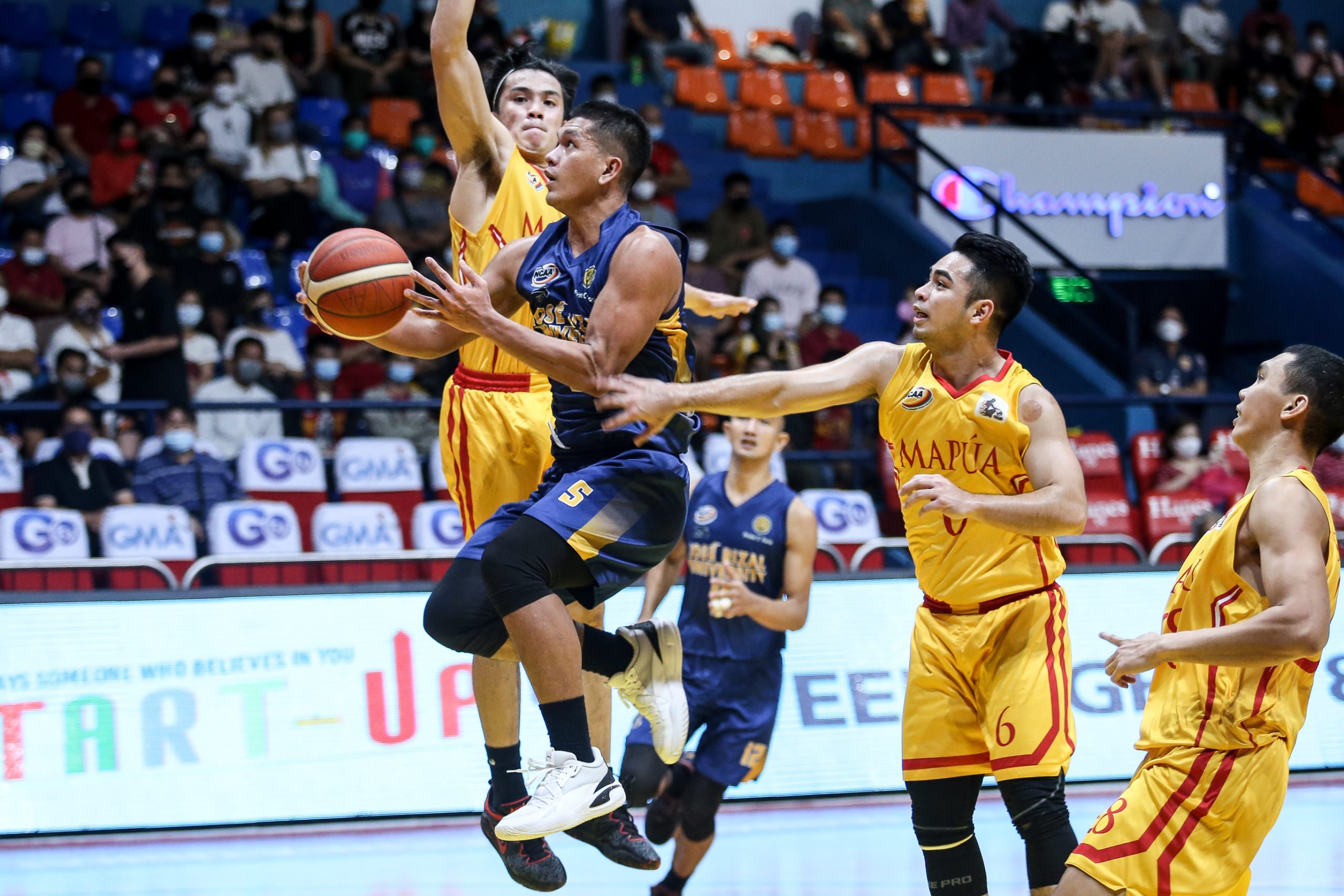 MANILA, Philippines—Jose Rizal University turned back a pesky Mapua side, 67-64, in overtime in the NCAA Season 98 men’s basketball tournament at San Juan Arena on Friday.

“We were winning by 10 in that fourth quarter and they recovered. Almost all of it came from free throws. To me, that’s the biggest challenge, establishing this kind of defense,” JRU head coach Louie Gonzalez said.

The Cardinals, however, kept JRU scoreless for the remainder of regulation with Adrian Nocum driving the lane for an equalizer, 60-all, to send the game into overtime.

But JRU dictated the pace on defense in overtime by limiting the Cardinals, who dropped to 1-5, to only two points, 67-62 with 1:35 left.

Nocum ended the drought with a layup, but that was the last Mapua basket until the final buzzer.

Josh Guiab fueled the Heavy Bombers win with 17 points and 10 rebounds. Marwin Dionisio and Agen Miranda helped JRU’s cause with 15 and 13, respectively.