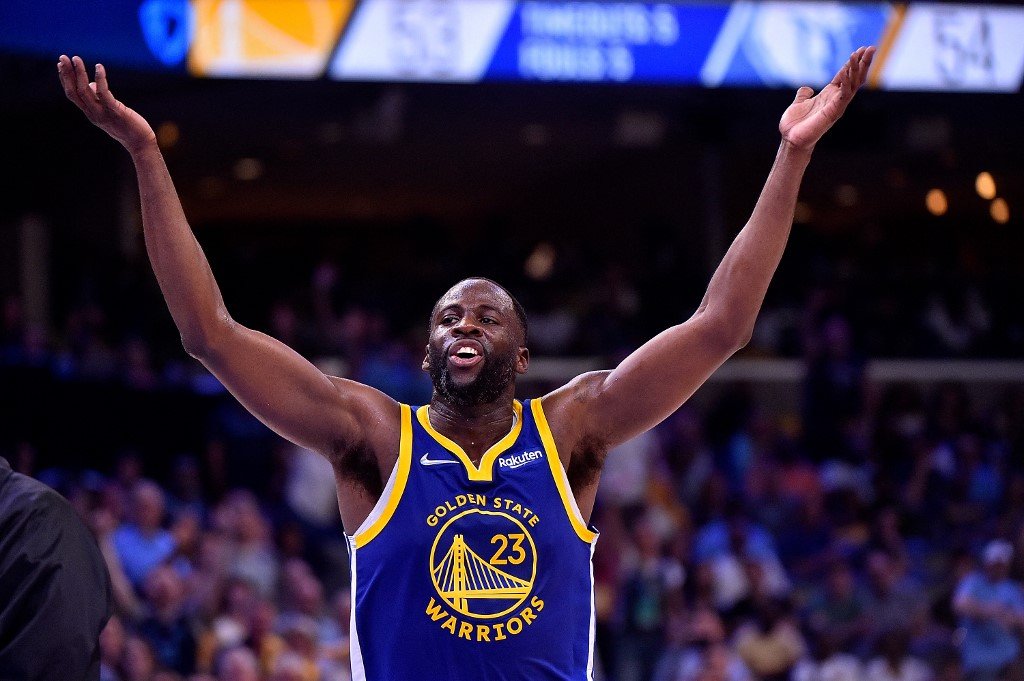 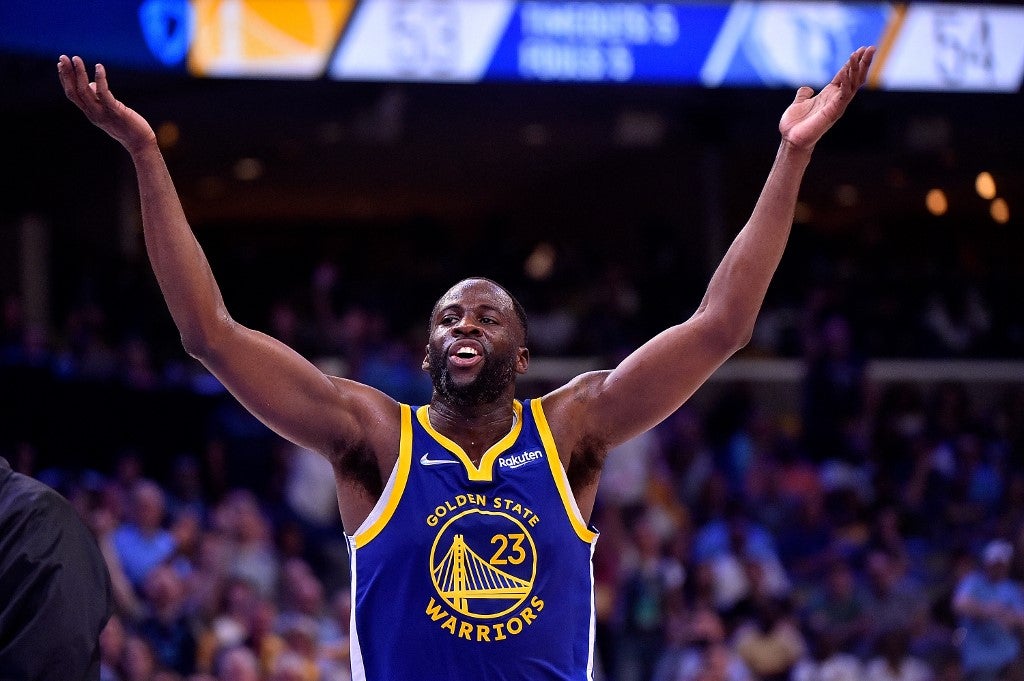 Draymond Green #23 of the Golden State Warriors reacts after being ejected during Game One of the Western Conference Semifinals of the NBA Playoffs against the Memphis Grizzlies at FedExForum on May 01, 2022 in Memphis, Tennessee. Justin Ford/Getty Images/AFP

The Golden State Warriors finished off a 117-116 win over the host Memphis Grizzlies to open their Western Conference semifinal series despite the ejection of veteran forward Draymond Green.

Warriors coach Steve Kerr said his team was “shocked” by the call of a flagrant-2 foul against Green, forcing him to leave the game with 1:18 left in the first half and the Warriors behind by a point.

Replays showed that Green made contact with Brandon Clarke’s head while swiping down with his arm, and he grabbed Clarke’s collar during the process.

“I think tonight was probably a reputation thing”

—@Money23Green speaks on his ejection from Game 1 pic.twitter.com/wGIJCRkr5A

“We knew that was a tough break that didn’t go our way. We were all kind of shocked by the decision,” Warriors coach Steve Kerr said. “But we were confident and determined and the guys stayed with it.”

The Warriors’ Jordan Poole stepped up for the Warriors with a team-high 31 points, with 14 of those in the second half.

According to ESPN Stats & Info, it was the first ejection of Green’s postseason career. It was his 130th career playoff game.

After the flagrant-2 ruling, Green ran around the court and waved his hands at the opposing crowd as boos rained down upon him. He finished with six points, four rebounds, three assists and three steals in 17 minutes.

Officiating crew chief Kane Fitzgerald told a pool reporter that the foul was deemed a flagrant-2 rather than a flagrant-1 because “the contact in total was considered unnecessary and excessive.” Fitzgerald cited both the contact to Clarke’s face and the “jersey grab and throw down to the floor to an airborne vulnerable player.”

NBA stars watching from home did not necessarily agree. Damian Lillard of the Portland Trail Blazers tweeted that “We gotta have better context with these rules,” while Atlanta Hawks star Trae Young referred to Green’s reputation as a tenacious by saying. “Can’t officiate the PLAYER officiate the PLAY.”

The Grizzlies, for their part, saw little controversy in the decision.

“He’s been known for flagrant fouls in his career,” Clarke said. “I’ve watched them on TV my whole life, it feels like. … It’s not shocking that he did that. It’s something he’s done in the past.”