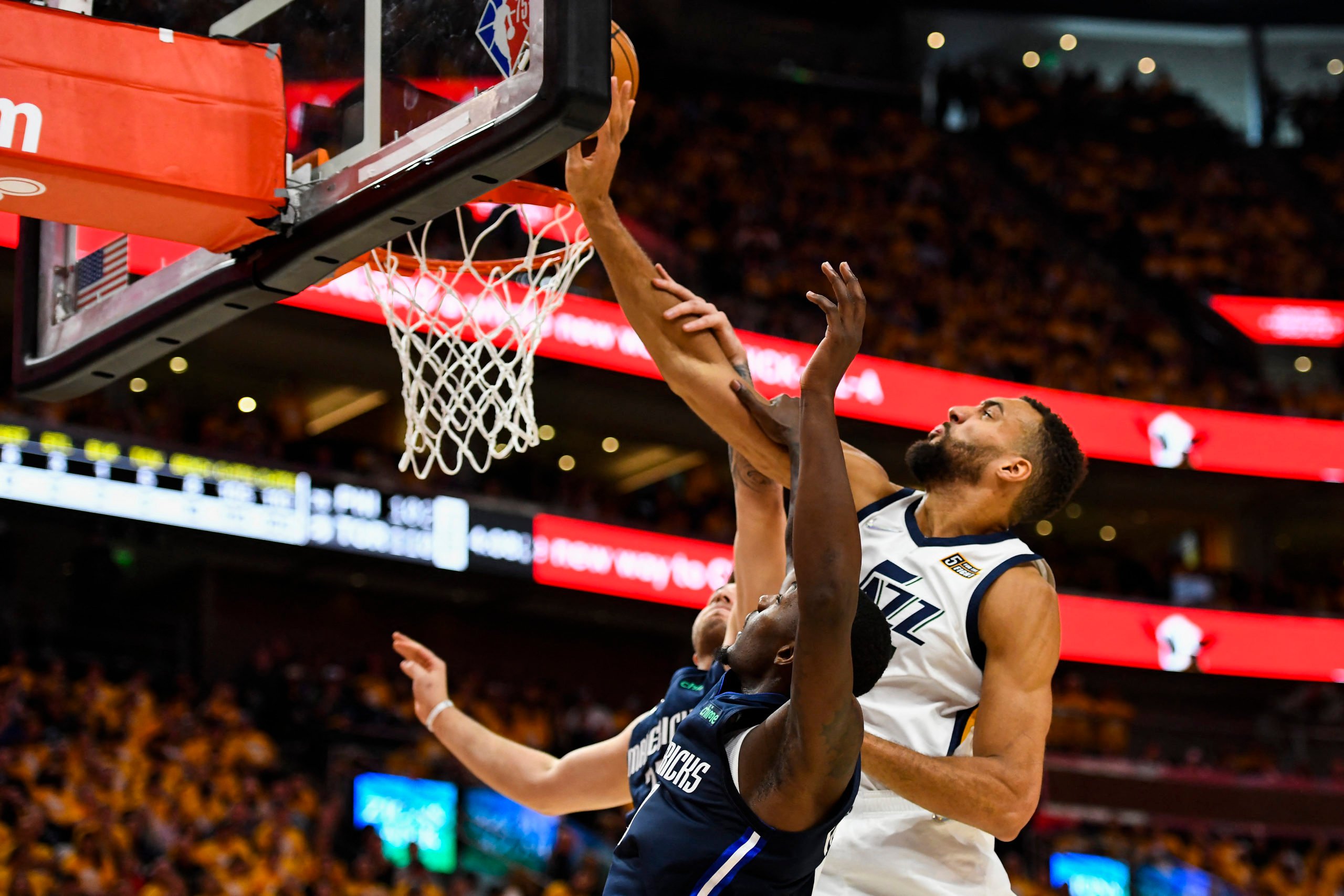 Rudy Gobert of the Utah Jazz shoots over Dorian Finney-Smith of the Dallas Mavericks during the second half of Game Four of the Western Conference First Round Playoffs at Vivint Smart Home Arena on April 23, 2022 in Salt Lake City, Utah.  (Getty Images via AFP)

NEW YORK – Rudy Gobert’s slam dunk with 11 seconds remaining gave the Utah Jazz a 100-99 victory over Dallas on Saturday in Luka Doncic’s return from injury for the Mavericks .

Slovenian star guard Doncic, who hadn’t played since April 10 due to a left calf strain, scored 30 points on 11-of-21 shooting while pulling down 10 rebounds but his late-game heroics were not enough.

Doncic sank a jumper to put Dallas ahead and added a 3-pointer with 39 seconds remaining to give the visiting Mavericks a 99-95 lead. Luka Doncic of the Dallas Mavericks drives past Danuel House Jr. of the Utah Jazz during the first half of Game Four of the Western Conference First Round Playoffs at Vivint Smart Home Arena on April 23, 2022 in Salt Lake City, Utah.  (Getty Images via AFP)

Dallas had one last possession but Utah defenders swarmed Doncic, who passed to Spencer Dinwiddie only to watch the final shot fall shot.

“We tried to get it out of Luka’s hands, tried to make him pass,” Gobert said of the final play. “We did a great job of containing him and not letting him get the shot.”

“We had the opportunity. We just let it slip away,” Dallas coach Jason Kidd said. “Spencer has made that shot before. We got what we wanted. It just didn’t go down for us.”

Jordan Clarkson led Utah with 25 points off the bench while Mitchell added 23 for the Jazz.

The victory lifted Utah level at 2-2 in the best-of-seven first round series, which continues Monday at Dallas and Thursday at Utah. Jordan Clarkson of the Utah Jazz drives into Reggie Bullock of the Dallas Mavericks during the first half of Game Four of the Western Conference First Round Playoffs at Vivint Smart Home Arena on April 23, 2022 in Salt Lake City, Utah.  (Getty Images via AFP)

“We have an opportunity and we’re going to make the most of it,” said Gobert, who finished with 17 points and a game-high 15 rebounds. “We believe in each other. We have to keep going.

“Intensity. We have to leave it out there, communicate and make them earn everything. We came up with the win because we made them take tough shots and we earned it.”

Kidd was pleased at the contribution by Doncic in his 34 minutes.

“He did great,” Kidd said. “He did an incredible job for us. He put us in position to win a game on the road.”