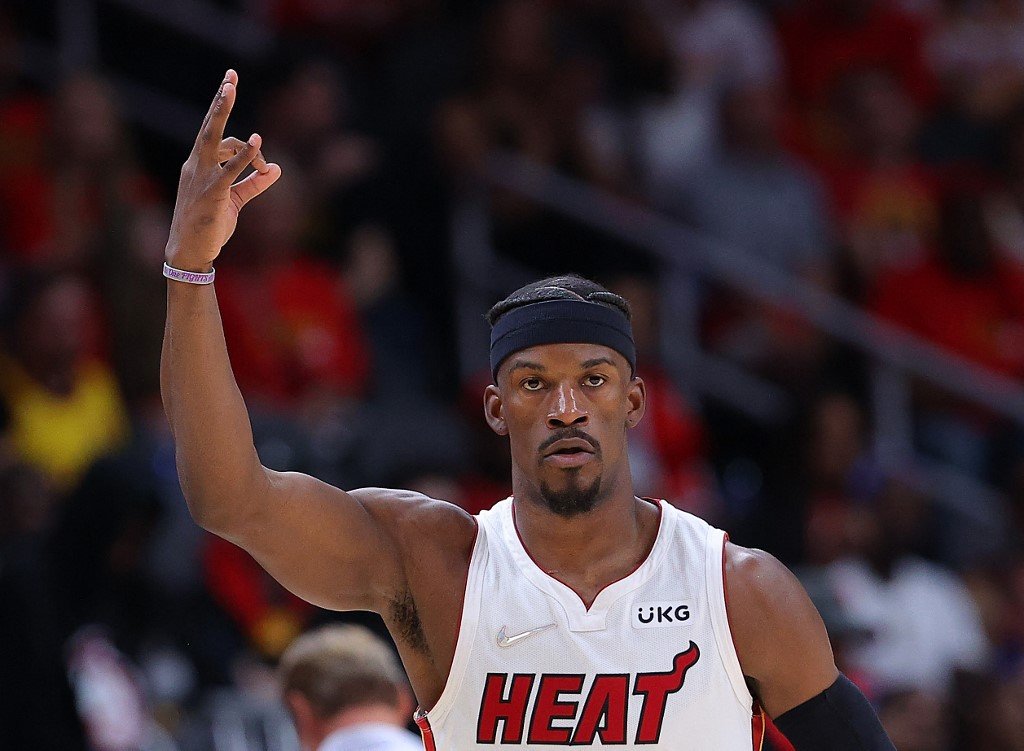 Jimmy Butler #22 of the Miami Heat reacts after hitting a three-point basket against the Atlanta Hawks during the second half in Game Four of the Eastern Conference First Round at State Farm Arena on April 24, 2022 in Atlanta, Georgia. Kevin C. Cox/Getty Images/AFP

Miami leads the best-of-7 series, 3-1. The Heat can clinch the series on Tuesday night in Miami.

Hawks star Trae Young, who led the NBA this season in total points and assists, had a quiet night. Young finished with nine points and five assists, and he was charged with five turnovers. He shot just 3-of-11 from the floor, including 3-of-10 on 3-pointers.

Heat star Tyler Herro scored just three points on 1-for-8 shooting. But the Heat got 14 points each from P.J. Tucker and Bam Adebayo.

Starting center Clint Capela returned for Atlanta, posting two points and seven rebounds. He had been out since suffering a right-knee injury on April 10 in a play-in game against the Cleveland Cavaliers.

With 16 seconds left in the first quarter, Atlanta’s Onyeka Okongwu made a spectacular block on Butler, forcing a jump ball.

In the third quarter, Tucker was charged with a technical foul after he jostled with Okongwu.

Even so, the Heat stretched their lead to 80-61 by the end of the third quarter.

Miami cruised in the fourth quarter, and the Heat finished with a 48-26 edge in paint points for the game.