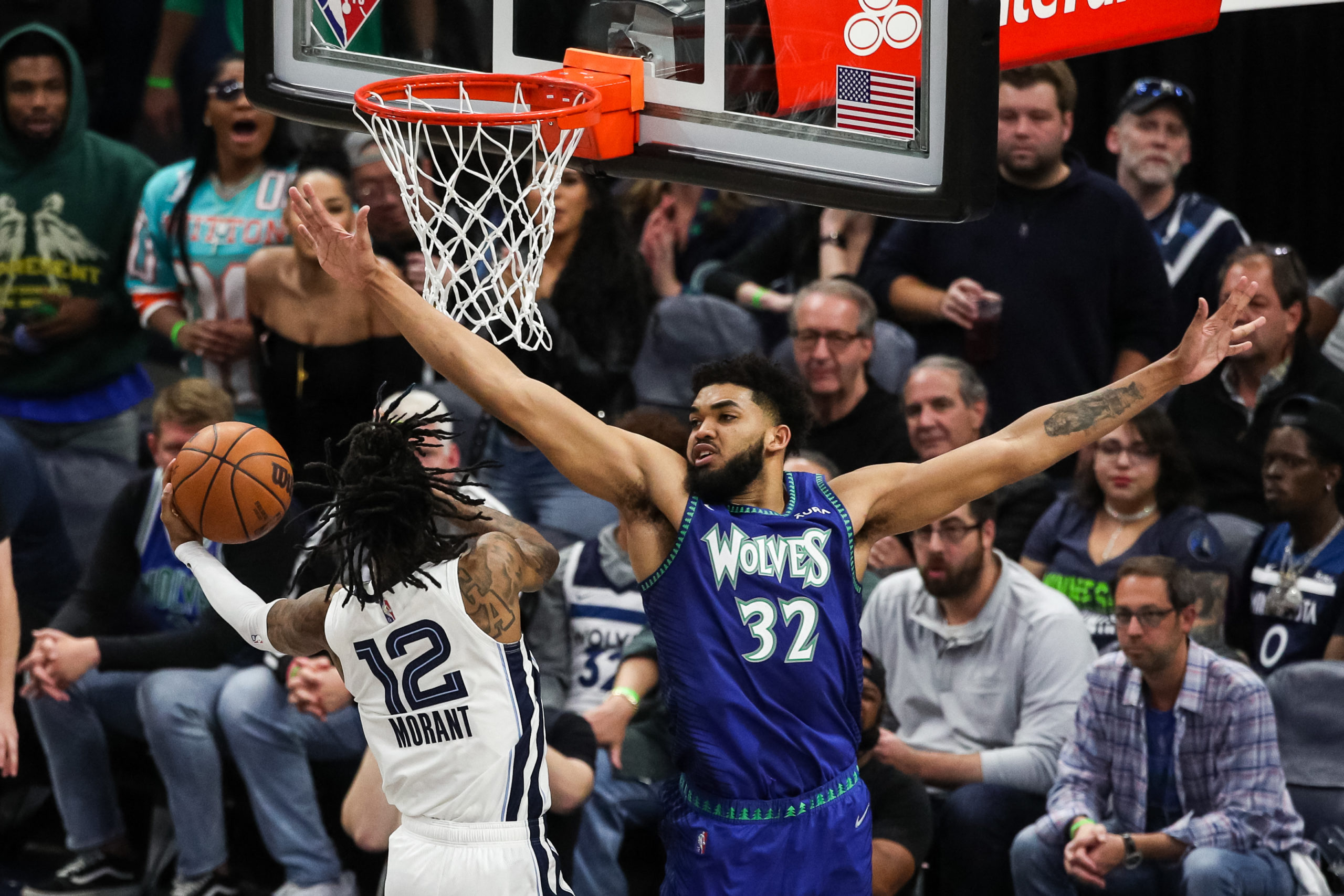 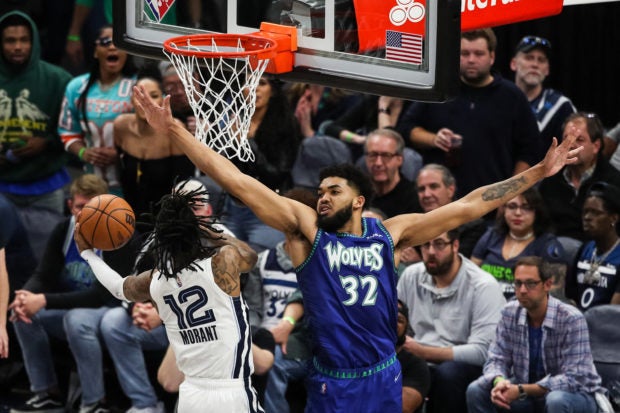 Ja Morant of the Memphis Grizzlies goes up for a shot past Karl-Anthony Towns of the Minnesota Timberwolves in the fourth quarter during Game Three of the Western Conference First Round at Target Center on April 21, 2022 in Minneapolis, Minnesota. The Grizzlies defeated the Timberwolves 104-95.  (Getty Images via AFP)

LOS ANGELES – The Memphis Grizzlies clawed back from a 26-point deficit to stun the Minnesota Timberwolves 104-95 on Thursday and take a 2-1 lead in their NBA playoff series.

Down 26 points in the second quarter and 25 with 3:10 left in the third, the Grizzlies never gave up at the Target Center in Minneapolis, where they out-scored the Timberwolves 37-12 in the fourth quarter to match the fourth-largest comeback in NBA playoff history.

Desmond Bayne scored 26 points, Brandon Clarke added 20 off the bench and Ja Morant had a triple-double of 16 points, 10 rebounds and 10 assists for the Grizzlies, who used a 21-0 fourth-quarter scoring run to produce the largest comeback in franchise playoff history.

“Everybody stayed with it, stayed resilient throughout the whole entire game,” Bane said of a Grizzlies team that took the lead for the first time with 6:44 left to play.

“Whether we were up, down, whatever — it was enough to get it done.”

Minnesota led 47-21 with 10:28 left in the second quarter when the Grizzlies mounted their first charge, trimming the deficit to seven points at halftime .

The Timberwolves regained the upper hand with a quick start to the third quarter, taking a 73-50 lead on Jaden McDaniels’ three-pointer with 4:28 left in the period.

D’Angelo Russell’s three-pointer with 3:10 left in the third put Minnesota up 79-54, and despite the Grizzlies’ scoring surge to end the period they trailed by 16 going into the fourth.

Tyus Jones drained a three-pointer to put Memphis up for the first time, 86-85 — and they didn’t trail again.

Russell led the Timberwolves with 22 points, but he missed all three of his shots from the field in a scoreless fourth and teammate Karl-Anthony Towns, limited by foul trouble and aggressive defense from the Grizzlies, was held to just eight points.

“It’s an emotional victory — coming from being down a lot,” Bane said, but he cautioned that there was still a lot of work to do in the best-of-seven Western Conference series.

“We’ve got to keep our heads. It’s first to four.”

In other games Thursday, the Dallas Mavericks were again without injured star Luka Doncic as they took on the Utah Jazz in Salt Lake City while the Denver Nuggets hosted the Golden State Warriors.