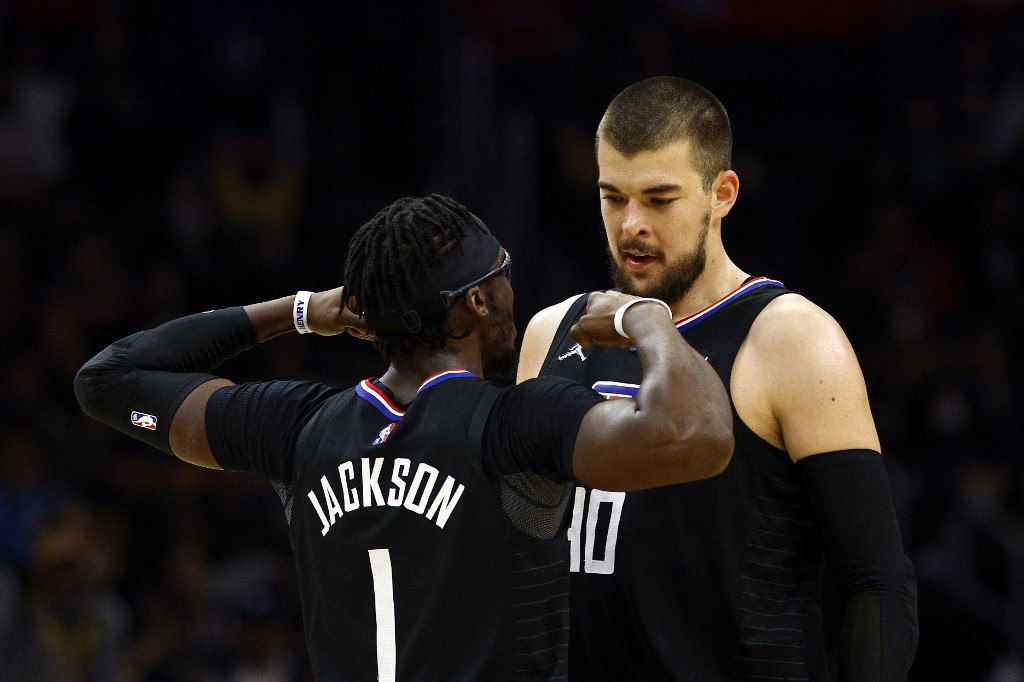 Ivica Zubac #40 celebrates with Reggie Jackson #1 of the LA Clippers against the Los Angeles Lakers in the third quarter at Crypto.com Arena on March 03, 2022 in Los Angeles, California. Ronald Martinez/Getty Images/AFP

Ivica Zubac is getting paid.

The Los Angeles Clippers signed the veteran center to a contract extension on Tuesday. The team did not disclose terms, but multiple reports indicated it was a three-year extension worth $33 million.

“For four seasons, Zu has been a pillar of our team, durable and dependable,” president of basketball operations Lawrence Frank said in a news release. “He does whatever is needed: setting screens, rolling to the rim, anchoring the interior of the defense. He is a reliable teammate and a consistent pro, just entering the prime of his career. We are excited to continue growing with him.”

The Clippers previously declined the $7.5 million team option on Zubac’s contract, which paved the way to negotiate a long-term — and more lucrative — deal with the 25-year-old Croatian.

Zubac has mostly been a starter for the Clippers since joining the team in a trade with the Los Angeles Lakers in 2019. In four seasons with the Clippers, Zubac has started in 204 of the 246 games he has played.

Zubac just completed his seventh NBA season. He was drafted by the Lakers 32nd overall in 2016.

He is the second Clipper to sign an extension this offseason, joining wing Robert Covington. The team also is reportedly set to land former All-Star guard John Wall, who is working on a buyout of his contract with the Houston Rockets, according to multiple media outlets.