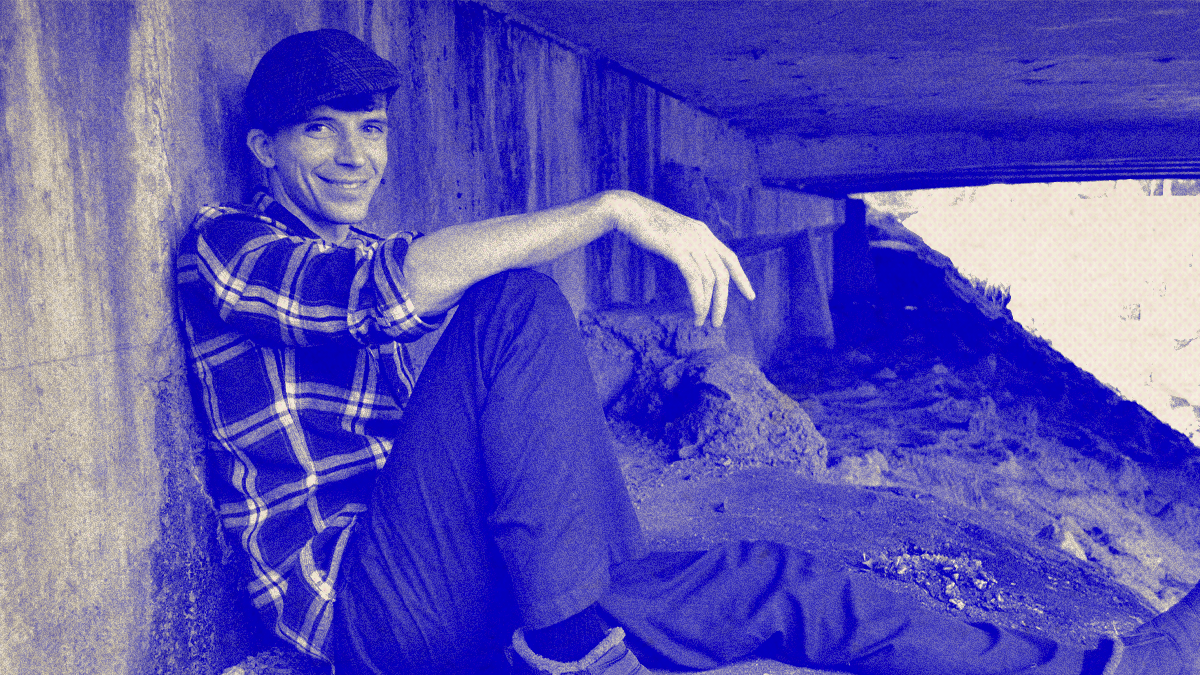 Jared South was a model client of Mississippi’s welfare agency.

A photo of South and details about his life appear on the Mississippi Department of Human Services website on a page dedicated to the agency’s success stories. The department used South’s experience in its workforce program as an ideal example.

Mississippi Today caught up with South in 2020 to learn how the state’s social safety net helped the young man improve his life, but discovered that within days of MDHS documenting South’s story, the agency cut him off from services because he lost the car he used to get to work.

Young childless men are particularly out of luck when it comes to assistance programs offered by the welfare agency – unless they’re related to someone with ties to the state government. Mississippi Today’s investigation, “The Backchannel,” sheds light on the depth of nepotism at MDHS during then-Gov. Phil Bryant’s administration, including preferential treatment offered to the governor’s wayward relative.

Bryant’s great-nephew and South, two young white men from Mississippi who didn’t finish traditional high school, share a lot in common — except for their connections. Bryant told Mississippi Today that he believed his great-nephew was just the kind of person MDHS exists to help.

“How come when he (Phil Bryant) helped his nephew, he didn’t quote-unquote visit the other people that were going through the program,” South told Mississippi Today recently. “You understand what I’m saying? He never made any visits to any of the students that were going through the program. Why? Where’s your heart? What are you really in this for? You want to help your nephew with this program, but at the same time, how much do you really care about these people in the program that are in your nephew’s situation also?”

“I feel like if you’re going to help your nephew, at least stick your neck out to see who else is out there, to get a better insight for your nephew. At the bare minimum,” he added.

South possessed a GED, had a spotty employment history, received food stamps and experienced homelessness for several years throughout his twenties. Several years ago, he entered a work training program through the federal Supplemental Nutrition Assistance Program at the Mississippi Department of Human Services.

South demonstrated a strong work ethic in the EDGE program, an acronym for “ethics, discipline, goals, employment.” He worked his way up to “gold” status on the WorkKeys assessment, a test used nationwide to gauge a person’s career readiness. The program administrators even labeled him the “MVP” of his cohort.

Within a couple months, South finished the program’s academic portion, which consisted of classes and watching training videos at the local campus of Itawamba Community College. His job coordinator asked him to pick a future career, and South chose veterinarian technician – “the only career I could think of,” he said.

He later told Mississippi Today he felt rushed to make a decision and pressured to pick one of just a few careers that had a clear educational path; South’s coordinator told him he could enroll in the veterinary program at Mississippi State University.

The EDGE program hooked South up with a volunteer position at the Humane Society’s local animal shelter. There, he worked for free washing kennels in exchange for on-the-job training in basic healthcare for the animals, such as learning how to administer vaccines, with the idea that he would eventually secure a paid job in the field. South had an arrangement that he would use his aunt’s car for transportation, but after a couple weeks on the job and a flat tire, she took the car back. He could no longer get to work.

“They was like, ‘Well, basically you had one shot and you missed it. So, after all this, we have to let you go.’ It was like, ‘There’s nothing else we can do for you,’ and they released me. That was it,’” South told Mississippi Today in 2020.

“I lost the car, I lost the job, and that was the end of the program for me,” South said. “I know you wanted a not depressing story but I don’t have one for you. That’s what happened.”

At the time, the Mississippi Department of Human Services was outsourcing more and more of its services to two nonprofits to run a program called Families First for Mississippi, which was supposed to help people like South secure a job, as well as connect to basic resources. South visited the Families First office in north Mississippi when he was homeless to try to find affordable housing, but it never assisted him.

When Bryant’s great-nephew left prison in 2019 after a car burglary conviction, the Families First program almost immediately began paying the young man, while the state’s top welfare officials looked after him intently.

South, on the other hand, said he lost all access to benefits from the department when it kicked him out of the EDGE program. “I was basically red flagged,” South said.

A brochure for EDGE says that participation in the program will not affect a client’s SNAP benefits – but that wasn’t the case for South. He hasn’t had any interaction with the agency since, he said, “except for every now and then they call me for a survey.”

South, now 30, is between jobs today. After a recent eviction, he’s living in a hotel. But South’s smiling face still appears on the MDHS website. His story is actually the only entry on the “success” page.

“I’m still their little pin on the wall,” he said when he found out. “Oh my gosh, that is frustrating.”

During his time in the MDHS program, South penned an essay about his journey. The welfare agency published an excerpt and titled it “a story of struggle.” Mississippi Today is publishing the entire essay below:

I have to admit, I am in a pretty tough living situation. I have a trivial limitation to hygiene, food, and water utilities. I am currently enrolled in a government funded program through EBT that is assisting me with employment opportunities, through which I acquire limited transportation, incentive pay cards (through strict participation), work skills training courses, a temporary paid internship, and SNAP EBT benefits.

At the moment, I am unemployed without a car, a sufficient place of dwelling, a smart phone, or any cash. I am pretty much the living definition of ample limitations.

I can’t say this is anyone’s fault but my own. I put myself in this situation. I cannot, am not, and will not blame anyone else for this outcome. Yes, maybe I was influenced to make some of my choices, good or bad, still overall I am the one that has made all my choices. Even through losing my mother at a young age, and also friends and family to car wrecks, overdose, and house fires, my choices of progression have surely been my own.

I have seen demons haunt and destroy households, and angels heal with a slight touch of adoration. Basically, I have experienced a wide variety of life. As of recent weeks, I’ve come to realize where I’m now at in life, and how I got here. It could still be a lot worse because, if fact, if it wasn’t for my dad at the moment, I would be cold.

Through my times of struggle I have witnessed, and or experienced, some of the hardest heart-breaking situations. Homeless, hungry, weathered, drug involvement, prostitution, job loss, theft, and also death. Most of my friends and family are, for the most part, all living in prison, pain, and poverty.

Still, I tell you, this is all me. I chose to smoke and drink and involve myself with bad choices, bad situations, and bad influences, as opposed to focusing my time on better possible possibilities. I lost my temper and quit my job(s). I am where I’m at because it’s honestly what I wanted. I chose this life completely by myself. I have had many friends, relatives, even co-workers and church organizations offer me positive help and I neglected it. I wanted what would make me happy right then, or at least get me by.

I can still see the silver lining shining. Through my last few months, with a great deal of principled help, I have opened my eyes to positive concrete possibility. I am now, meekly pursuing a solid career. Like I stated, I am currently enrolled in training courses for job certification.

I have come to the full understanding that life is not necessarily about what I want to do, but more so about what I need to do, so I can achieve the opportunity, to accomplish my desires. So I have set certain obtainable goals by which to achieve my main purpose. I am currently prospecting enrollment into a manufacturing skills training course, to establish a concrete foundation and develop a modest income, to later indulge in my real passion as a certified pet trainer, and in due time, become a veterinarian technician assistant.

In closing, it is still an honor to be alive, although it’s still a struggle to live. I can only blame me for my success, as much as my failures. Thank you, everyone, for your involvement, that has assisted me. If through all this, I have indeed acquired a line of advice to give it would most certainly be, “If it’s not good, righteous, or worthy of grace, it’s not worth being a deciding part of your life. So make sure what you do, is also what you want to inform someone else about tomorrow night.”

This is a supplement to Part 5 of Mississippi Today’s series “The Backchannel,” which examines former Gov. Phil Bryant’s role in the running of his welfare department during what officials have called the largest public embezzlement scheme in state history.

These Honest Valentines From Teachers Are Amazingly Accurate