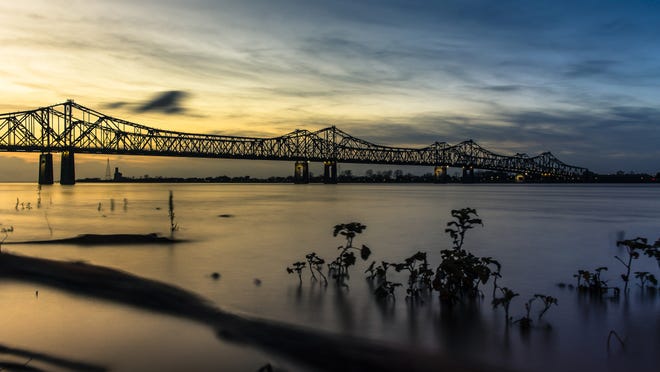 Editor’s Note: Looking for a weekend getaway that won’t cost a fortune with the high price of gasoline? This series, Tank of Gas Getaway, offers up travel locations that Jackson metro area residents can make on a tank of gas.

If ever a place in Mississippi has perfected the art of melding the old with the new, it is the City of Natchez.

One of the oldest towns in the magnolia state, Natchez has found a way to highlight its antebellum history as the former wealthiest city in America while showing off its modern business structure that brings in tourists for shopping, dining and much more.

A day trip to the city by the river is just 102 miles from the Jackson metro area and promises something for everyone.

But almost any visit to Natchez begins with its history, as there are enough antebellum homes to visit and keep anyone busy for more than a day at a time.

Tank of Gas Getaway: Rocky Springs offers a great escape on a tank of gas

Two great times to see all of the historic house in Natchez are when Natchez hosts Spring and Fall Pilgrimages. Still, many of houses are open year-round and offer an honest look into the history of the city and the South.

Hollywood film producer Tate Taylor, a Mississippi native, has helped spur the Natchez revival. Taylor made Natchez his permanent home around 2011 after filming “The Help,” which featured locations in Natchez, Jackson and other places throughout Mississippi.

Since then, Taylor has opened a restaurant, The Little Easy, and planned a Bed and Breakfast above the shop Olivina.

He has also produced more films using Natchez and Mississippi as a backdrop. He has actors across the spectrum praising the Bluff City as a hidden gem.

Greg Iles, the best-selling author of such novels, including “The Quiet Game,” “Natchez Burning” and “True Evil,” has lived nearly all of his life in Natchez and still lives there with his wife, Caroline.

Tank of Gas Getaway: Indianola has something for everyone in the family

Speaking of Olivina, the women’s boutique has opened eyes throughout the South. It has people traveling to Natchez from hundreds of miles away specifically to walk through and pick out trendy collections.

But if it is food you are looking for, it is food you will get. In addition to The Little Easy, plenty of great places are available to stop by and get your grub on.

Tank of Gas Getaway: Laurel offers a little bit of everything

Try Fat Mama’s Tamales, as owners Jimmy and Britton Gammill have nearly perfected the historic Mississippi tamale recipe in more than 20 years in business. Also, don’t leave Fat Mama’s without trying the Knock-You-Naked Margarita and the Fire and Ice Pickles.

The Carriage House and Magnolia Grill are also good bets for dining, but a great place to put on your checklist is The Donut Shop.

Sure, every town has a donut shop, but not every town has The Donut Shop, which has some fantastic sugary treats that will get you going first thing in the morning. It also boasts some tremendous homemade tamales that rival tamales found anywhere.

For more information on Natchez, go to the website of Visit Natchez.

Where to see Fourth of July fireworks near Jackson, Mississippi