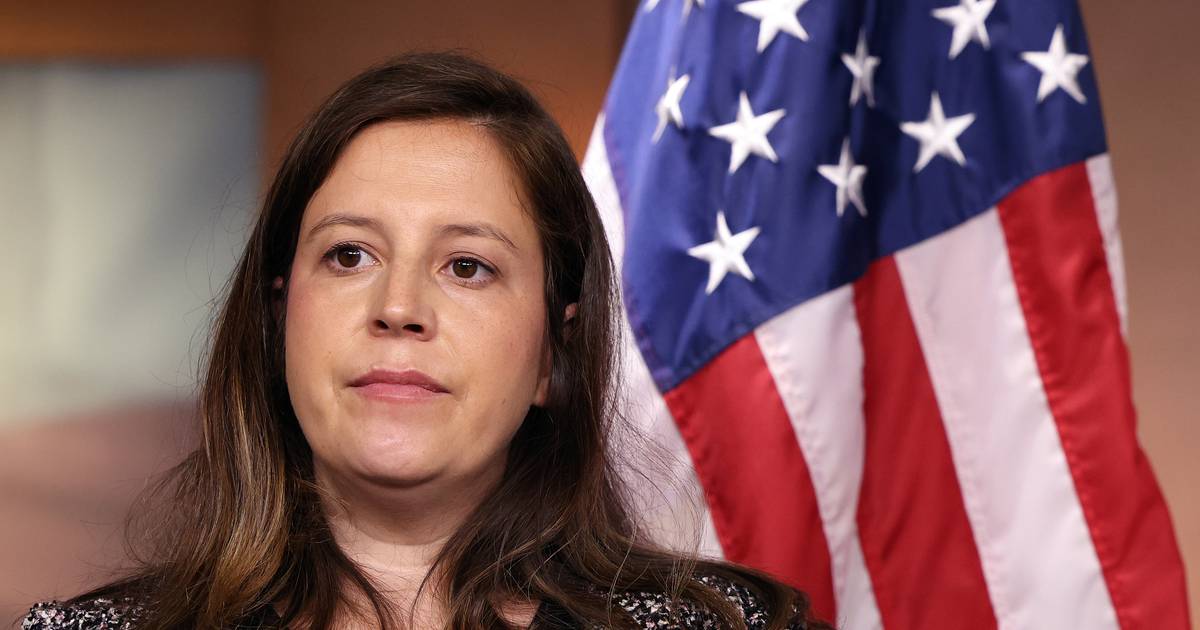 Rep. Elise Stefanik (R-N.Y.) continued to criticize the FBI’s search of former President Trump’s home on Friday as a partisan fishing expedition even after revelations that the feds were hunting for top secret documents related to nuclear weapons.

Deriding the judge-approved search of Mar-a-Lago as “un-American,” the upstate New York lawmaker vowed to demand more answers from the feds regardless of how sensitive the documents may be.

[ Trump’s troubles: A look at investigations into the ex-president ]

“This was incredibly an overreach, it’s un-American,” said Stefanik, the No. 3 GOP leader in the House of Representatives. “There’s going to be a lot more questions from the FBI that the American people deserve.”

Stefanik did not respond to pointed questions about whether Trump keeping nuclear weapons secrets stashed at his Palm Beach beach resort would change her view about the legitimacy search.

Instead, she trashed Attorney General Merrick Garland for calling for the search warrant to be unsealed, claiming that the GOP would insist on much more “transparency.”

“House Republicans are going to follow the facts and demand accountability and transparency,” said Stefanik. “The statement by Attorney General Merrick Garland is not nearly enough.”

Fellow GOP lawmakers took a notably softer line on the search after the nuclear revelations.

Rep. Mike Turner (R-Ohio) conceded there were some scenarios in which it would have been justified for the FBI to seek the search warrant, a statement that amounts to blasphemy in the MAGA-dominated GOP.

House Minority Leader Rep. Kevin McCarthy (R-Calif.) dodged questions about the revelations, CNN reported, after days of angrily warning Garland that he would face investigations if and when Republicans retake control of the House.

Armed Secret Service agents stand outside an entrance to former President Donald Trump’s Mar-a-Lago estate, late Monday, Aug. 8, 2022, in Palm Beach, Fla. Trump said in a lengthy statement that the FBI was conducting a search of his Mar-a-Lago estate and asserted that agents had broken open a safe. (Terry Renna/AP)

But Stefanik, a one-time relative moderate who has morphed into one of Trump’s most strident defenders, framed the search as a brazen effort by Democrats to derail Trump’s 2024 presidential campaign, even though FBI Director Chris Wray is a Trump appointee and President Biden says he knew nothing about the search.

“This is Joe Biden’s Department of Justice and FBI, targeting his most likely presidential opponent in 2024,” she said.

Shockingly, Rep. Ben Weinstrup (R-Ohio) even sought to claim there could be a legitimate motivation for Trump fanatic who attacked an FBI office in Cincinnati before being killed in a standoff with cops.

“They are worried about the weaponization, the politicization of the DOJ and the FBI,” Weinstrup said.