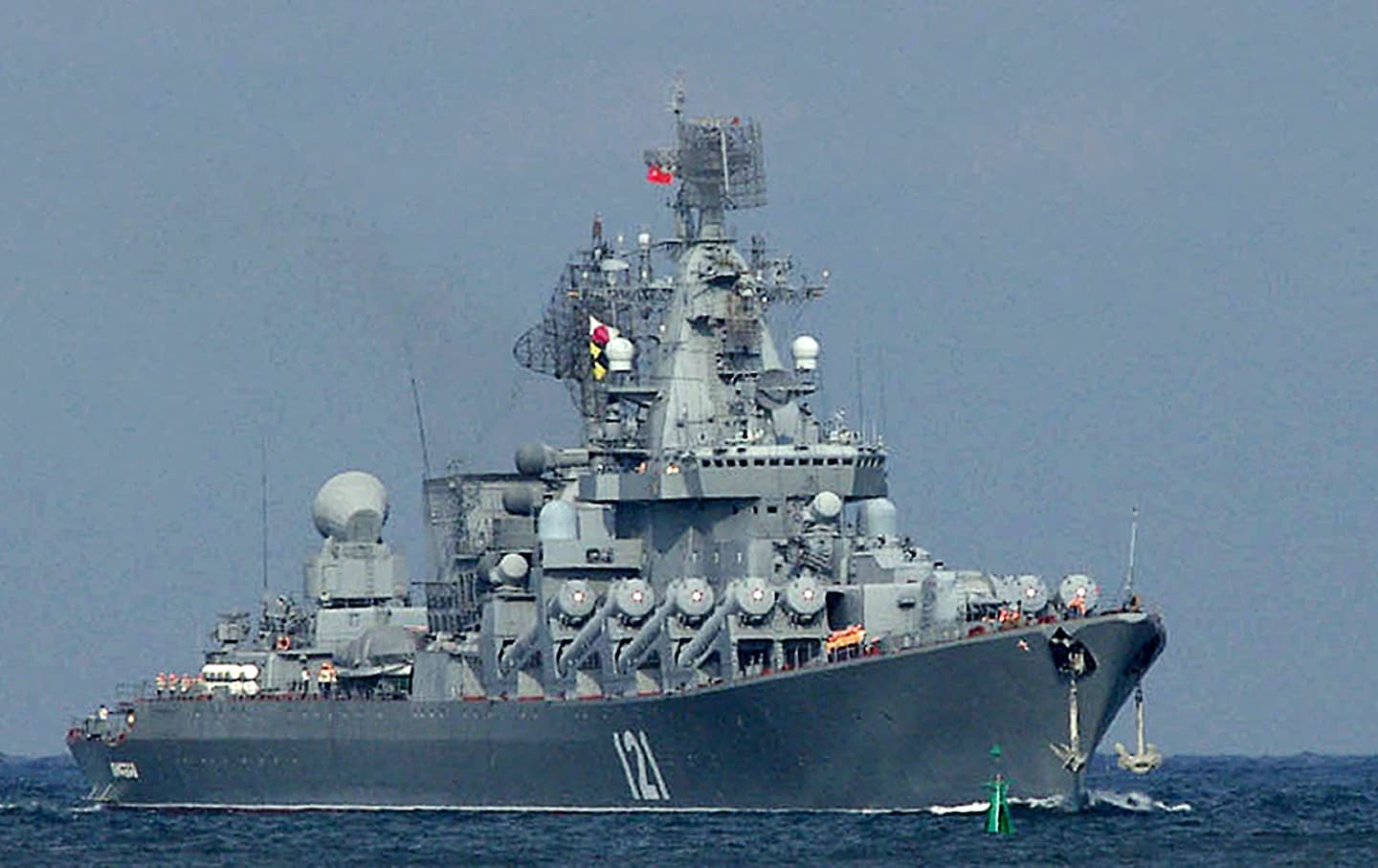 RIGA, Latvia — The sinking of the Russian warship Moskva is causing tension back home, where some families are reporting sailors dead or missing despite a defense ministry claim that the whole crew had been evacuated.

Russia confirmed that the ship sank but said only that it had been damaged by “heavy storms” and a fire that caused ammunition on board to detonate. On April 14, Russia’s defense ministry said all crew members were evacuated. The authorities have not confirmed any dead or wounded.

But several families are now contradicting this claim in Russian media reports and on social media. Social media groups uniting mothers of Russian soldiers currently deployed in Ukraine are filling up with photos and pleas from parents looking for their missing sons.

On Monday, at least four families shared pictures of sailors who the families say served on the sunken ship and have been not been heard from since the incident.

“Please join our search for the Moskva sailors!” reads one message on a Vkontakte message board. “Family members, please talk to your sons, perhaps someone saw the [rest of the] guys at the time of the evacuation, or you were near on the cruiser itself or you are currently with them in a hospital?”

One sailor’s mother said her son, who survived, told her that about 40 people died and many were wounded and missing in the sinking. The newspaper Novaya Gazeta Europe published the unnamed woman’s remarks on Sunday, saying it had reviewed documents proving that the son served in the navy, though not specific proof that he had been aboard the Moskva when it sank.

“There are dead, there are wounded, there are missing. My son called me when they were given phones. They left their documents and [their personal] phones on the [ship]. He calls me and cries from what he saw. It was scary. It is clear that not everyone survived,” said the mother, who spoke on the condition of anonymity out of fear for her safety.

The Russian news outlet Agentstvo said it spoke with a family member who confirmed the death of Vitaly Begersky aboard the Moskva. The Ministry of Defense broke the news to the family, the sailor’s cousin, Anastasia Begerskaya, told the media outlet. Begersky was a conscript from a small town near Russia’s Pacific coast, Agentstvo reported.

The defense ministry over the weekend released a video that it said showed crew members from the ship. About 100 or more sailors are visible. It wasn’t clear exactly how many had been aboard the ship at the time of the incident, but the size of the crew ranged over the years between 500 and 600 people, according to Russian state news agency reports and the defense ministry releases.

On Sunday, a user of the social media platform VKontakte said the ship’s commanders told him that his son Yegor, a conscript, was among those missing in the tragedy. Russia earlier “said that the entire crew had been evacuated. It’s a lie! A blatant and cynical lie!” Dmitry Shkrebets wrote.

“After my attempts to clarify the details of the incident, the cruiser commander and his deputy stopped communicating with me,” Shkrebets wrote. “I ask everyone who is not afraid and not indifferent, spread this appeal of mine wherever you have the opportunity” so the tragedy is not hushed-up.

In a later post, Shkrebets said three families from different parts of Russia contacted him to say their children were also missing from the sunken ship.

Anna Syromyasova, the stepmother of another sailor, said that 20-year-old Nikita had been missing for several days. The Syromyasovs said they have also struggled to get any information about their son’s whereabouts from the military.

“Syromyasov Nikita Alexeevich was on the Moskva ship the night of April 13-14,” Syromyasova wrote on her social media page on Monday morning. “He is now listed among the missing [ones], the parents are not being told anything, they block our contacts. [We have] no information!”

Nikita’s father told The Washington Post that his son is also a conscript soldier and the family still hasn’t heard anything about his fate: “Silence … they are not saying anything.”

In total, at least seven sailors have been identified by name and classified as missing, according to The Post’s tally based on local media reports and accounts of family members. At least three others have been reported dead.

Among those who were reportedly killed was 19-year-old Andrey Tsyvov, whose mother told the Russian BBC service that he was also a conscript.

“[The military commissariat] said that it could not be that the conscripts were on that ship: ‘They are probably just deployed somewhere, don’t worry, he is somewhere here local, he cannot be sailing there [toward Ukraine],’” Yulia Tsyvova is quoted as saying. She later told The Guardian that she received a call from a military official informing her that Andrey was dead.

Russia conscripts eligible men aged 18 to 27 for one year of military services. President Vladimir Putin and the country’s defense ministry have vowed that conscripts would not be involved in Ukrainian hostilities. But in early March, after videos emerged showing conscripts captured by Ukrainian forces, Russian military officials acknowledged that some conscripts had been sent to Ukraine by “mistake.”

Russia’s loss of the Moskva, the flagship of the Black Sea Fleet, provoked a rare note of displeasure with the authorities on state-controlled television, with one widely followed anchorman said he was “furious” over the sinking.

“Just explain to me how you managed to lose it! Explain to me why the hell you happened to be in this very part of the Black Sea at this very time,” Vladimir Solovyov asked during his prime-time show over the weekend. “Why did your fire-extinguishing system not work and the ship burned practically from the inside out?”