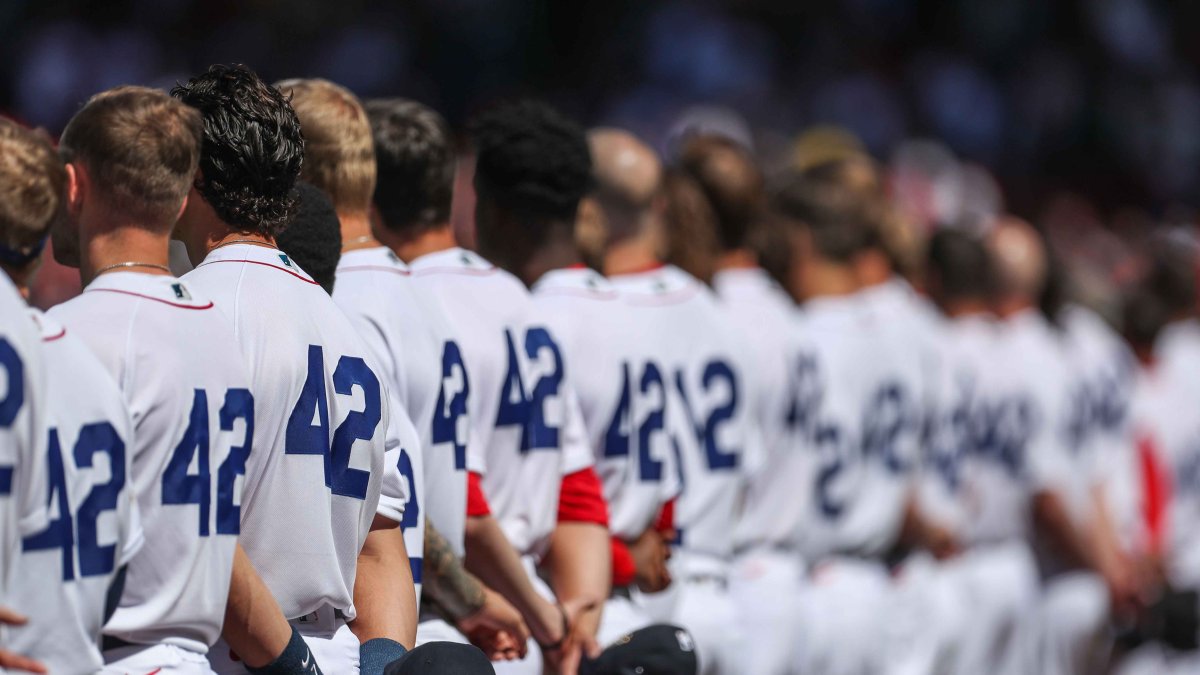 April 15 will forever be a special day for baseball.

On this day 75 years ago, Jackie Robinson made his MLB debut for the Brooklyn Dodgers and broke the sport’s color barrier. Twenty-five years ago, commissioner Bud Selig announced that Robinson’s No. 42 would be retired across the league.

On Friday, however, Robinson’s number will once again be on the back of every player.

Jackie Robinson Day was first held on April 15, 2004. Five years later, a new tradition was born when every player, manager and coach began wearing No. 42 for the celebration.

That custom continued on Friday, but with a new twist. Instead of wearing Robinson’s number in their own team colors, all organizations are sporting it in Dodger blue.

Along with the number on the back, jerseys will also feature a patch on the right sleeve.

The World Series trophy will be in Cairo, Ga., Robinson’s hometown, on Friday. The reigning champion Atlanta Braves sent their prize to be enjoyed by kids at the Jackie Robinson Boys and Girls Club of Cairo-Grady County.

The Players Alliance announced pledges from players, coaches and staff to donate their gameday salary to help the nonprofit create new programs. Lorenzo Cain, Jason Heyward, Aaron Hicks, Mike Moustakas and David Price are among the players who will be contributing their full or partial gameday salary.

“Players sacrifice their pay because they believe that diversity is an asset that should be actively pursued,” The Players Alliance Board Chair and former outfielder Curtis Granderson said. “Our supporters reflect every racial, religious and professional level found in the sport and they are committed to upholding Jackie’s legacy by breaking ­today’s barriers.”