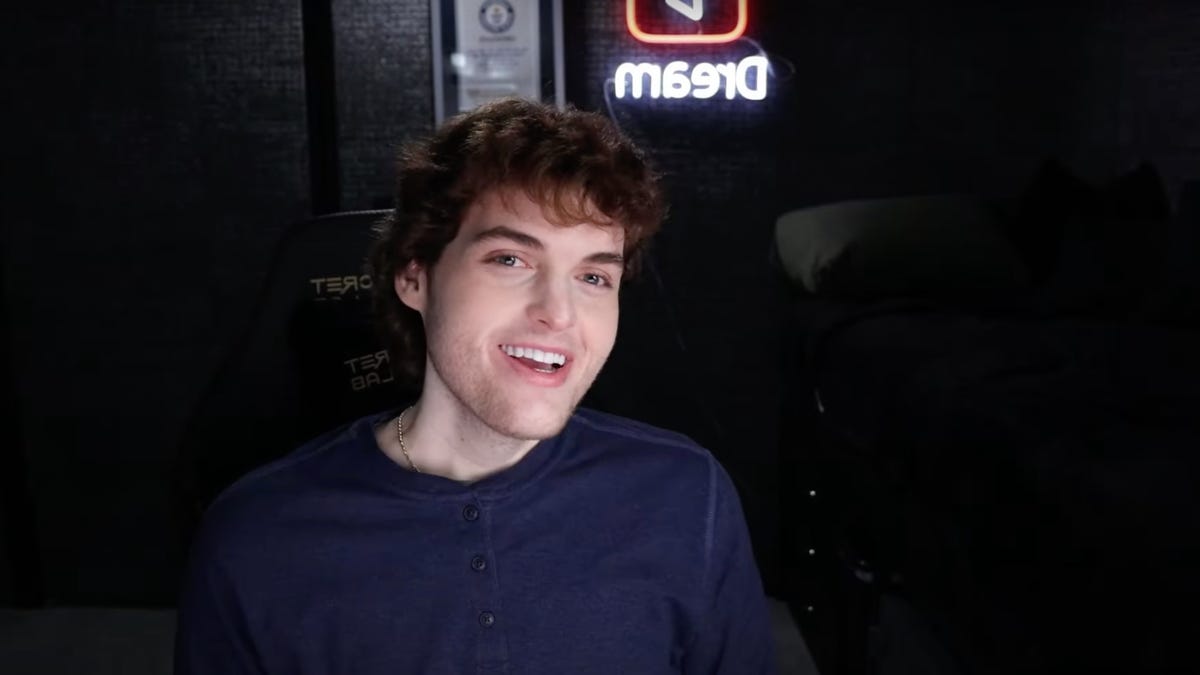 The 23-year-old Minecraft streamer and YouTuber with over 30 million subscribers, Dream, has only ever appeared to the public wearing a smooth, egg-colored smiley face mask. Other than some blowout cheating allegations that begrudgingly subsided after he admitted wrongdoing, Dream’s three-year-old career has flourished on game skill, his disembodied voice, and slips of wrist and hands that help fuel his voracious viewer’ romantic fanart. But he didn’t plan for his career to feel so hidden. So it isn’t anymore. In a YouTube video uploaded on October 2, Dream showed the world his face.

Rest assured, it’s a regular face. Some people on Twitter are meanly saying he looks like Rumpelstiltskin from the Shrek movies. But regardless of which Shrek character he looks like, Dream’s face is undeniably popular, and his video has already been viewed over 18 million times. That is nearly the entire population of New York state.

Earlier on October 2, Dream, real name Clay, “teased” his face by video chatting high-profile content creators and friends, like TikTok celebutante Bella Poarch, some of whom had never seen his face before.

“Your teeth are so white!” Twitch streamer TinaKitten crowed in response to Dream’s #FaceReveal.

They seem like regular #Teeth to me. But you can decide for yourself by skipping to the 1:17 minute mark in the video. At that point, after doing a bit of stalling, (“I don’t know how to do this,” Dream said, “Obviously, I can’t just turn around”), Dream pulled away his moon-shaped mask and showed the population of New York State his face.

“A lot of you are probably wondering, ‘Why now?’” he said.

In short, his friend and fellow Minecraft YouTuber GeorgeNotFound is planning on moving to the U.S., he wants to film more diverse content involving his face, and he’s tired of people trying to force their way into knowing what he looks like. Dream won’t be altering the existing, faceless set up of his Minecraft streams, and he said he’s prepared for whatever backlash comes his way (having, he said, already found an FBI-investigated “threat on [his] life” funny).

It’s good that his skin is thick since Twitter’s response to his face has been nasty. Shortly after the video went live, “Rumpelstiltskin,” “HES UGLY,” and #PutTheMaskBackOn all started trending. We are, unfortunately, forever trapped in a middle school simulator.

Luckily, the romantic fan art machine considers itself well fed and balances it out. To me, the fact that a man’s normal face is fueling hundreds of thousands of tweets, millions of views, and breaking streaming records is so ridiculous within itself that acknowledging whether the face, after years of secrecy and built-up pressure, looks a teeny bit like a DreamWorks cartoon isn’t the most awful thing. But regardless of what anyone says, Dream considers himself and his discarded mask a lesson we can all learn.

“This channel is living proof that anyone can do anything,” he said at the end of his video. “Anyone can be under the mask.” Even a 23-year-old white guy. Can you believe it?