Mike Preston: For the Ravens, WR Jarvis Landry would be the right player at the right price 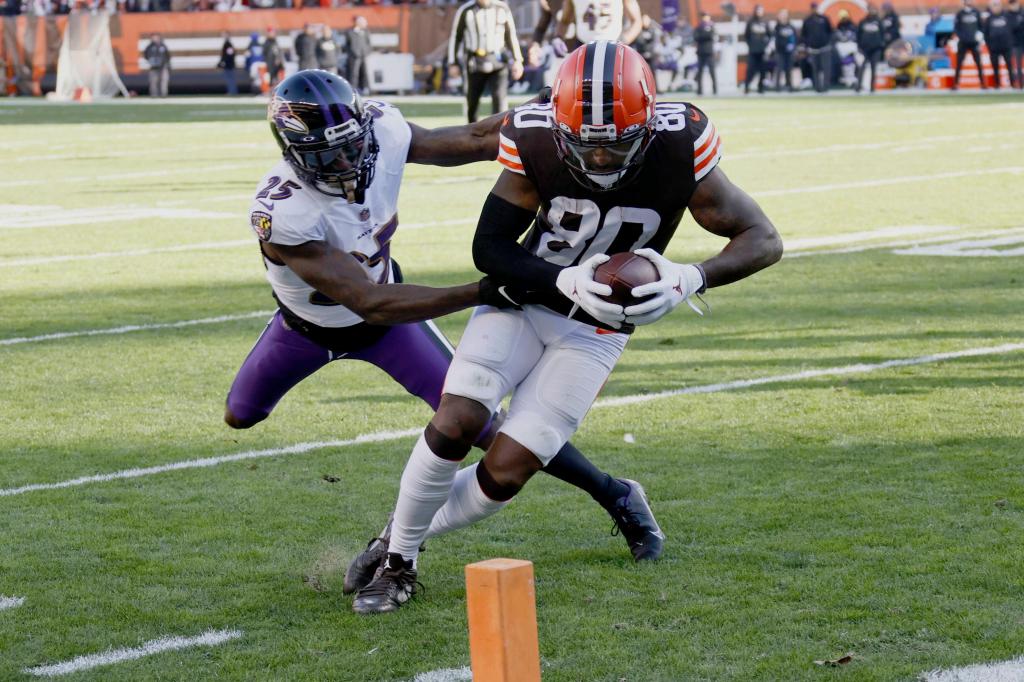 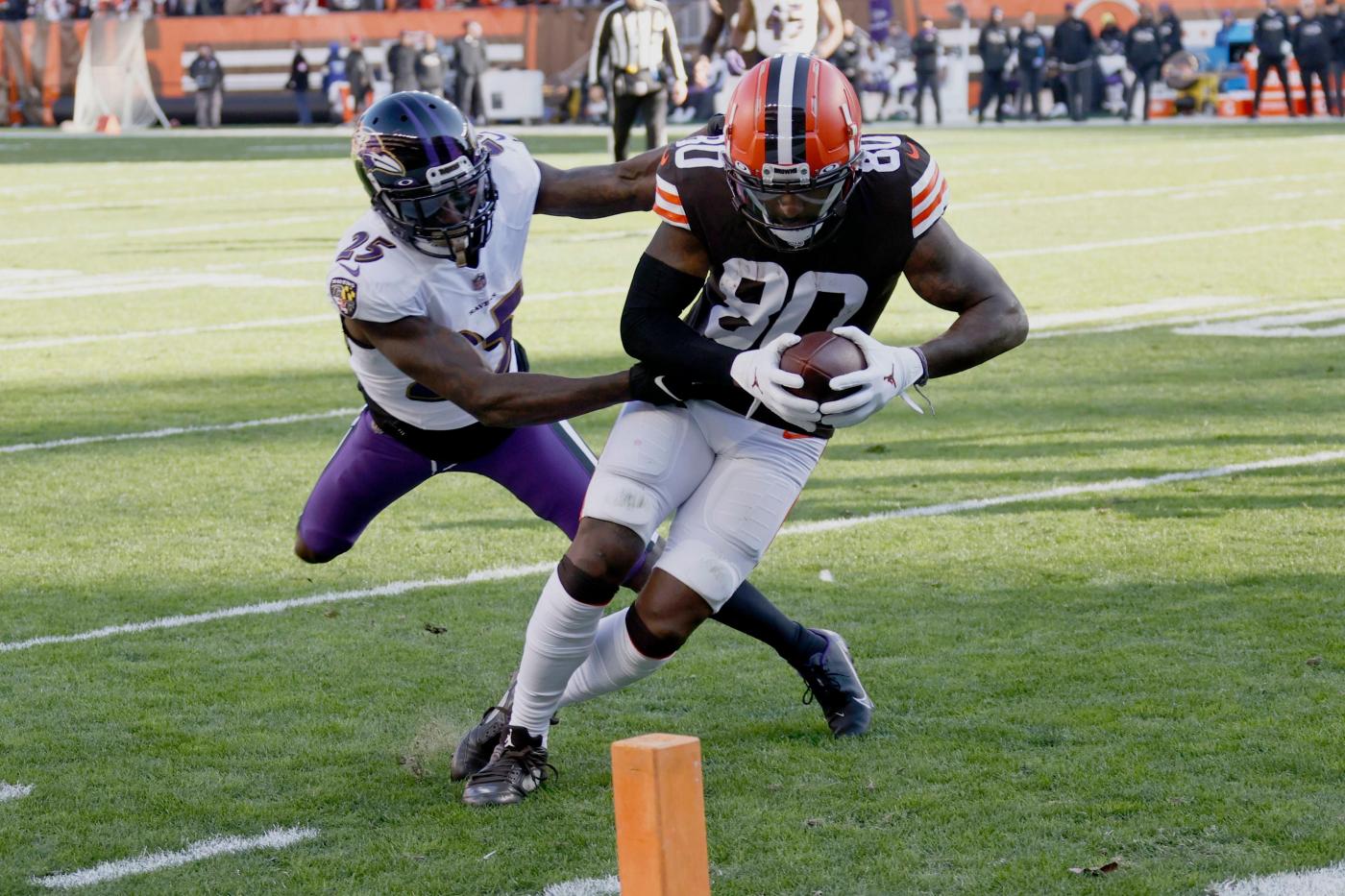 The Ravens should be looking for a wide receiver who has as much name recognition as production.

One of the leading candidates appears to be free-agent veteran Jarvis Landry, whose skill set is comparable to second-year Ravens wideout Rashod Bateman. The biggest difference is that Landry has been in the NFL since 2014 and has 688 career receptions for 7,598 yards. Bateman had 46 catches for 515 yards a year ago.

Other than that, they are the same type of player. After the Ravens traded speedy wide receiver Marquise Brown to the Arizona Cardinals nearly two weeks ago on the first night of the NFL draft, they knew they had to find someone who could draw the attention of defensive coordinators when they focused on tight end Mark Andrews.

Landry would be the easiest fix.

There are other prominent free-agent receivers still available such as Odell Beckham Jr., Will Fuller V and Julio Jones, but they aren’t good fits because of the Ravens’ run-dominant offense. We’ve seen this before, last year to be exact, when JuJu Smith-Schuster and T.Y. Hilton declined to come to Baltimore and the Ravens instead signed Sammy Watkins.

Brown left no doubt he was unhappy with the passing offense under coordinator Greg Roman, so the Ravens were forced to hit the open market and hopefully sign a veteran who can also teach a young receiving corps.

He’ll turn 30 in November but he was an annual Pro Bowl selection from 2015 to 2019 with the Miami Dolphins and Cleveland Browns. He is sound and has made some clutch catches in key situations, especially against the Ravens. At 5 feet 11 and 196 pounds, he’s able to play the slot or the outside, which makes him a primary target for short to mid-range passes. He can also block, which he did a lot of in Cleveland for star running back Nick Chubb.

The 2021 first-round pick isn’t going to blow anyone away with his speed, but he can go deep occasionally. Bateman can be the possession receiver on third down; at 6-1 and 193 pounds, he can put his body between a defender and the ball like former Ravens receiver Anquan Boldin. If Bateman were older and more proven, there wouldn’t be a need for Landry, but the 22-year-old isn’t that far along in his development yet.

Besides Andrews, the Ravens don’t have any other proven receivers. Devin Duvernay seems capable and has outstanding speed, but he only has 53 catches for 473 yards during his two-year career. James Proche II is tough and will one day prove his worth in the slot when he moves on to a more highly sophisticated offense, but he has played sparingly in two years. Tylan Wallace is only entering his second year and definitely not ready for a starting spot or sharing that role.

Ideally, the Ravens need a speed guy. Brown wasn’t tough and had problems with hand placement that led to trouble catching the ball, but opposing teams always had to respect his speed. He wasn’t in the class of former Kansas City Chiefs and current Dolphins star Tyreek Hill, but he presented similar challenges.

The Ravens might have that speed in Duvernay, but they don’t have an offense coordinator who can capitalize on it. The Ravens drafted two tight ends in the fourth round in Isaiah Likely and Charlie Kolar, which is an indication they plan on going back to the two tight-end offense. That was when quarterback Lamar Jackson was at his best throwing in the middle of the field during his 2019 Most Valuable Player season.

When teams try to take that away, the Ravens can counter with Landry. He only had 52 catches for 570 yards and two touchdowns while battling injuries last season, but there are no indications he can’t recover. At his age, he is probably looking for one more big contract for about a year or two, and that fits the Ravens’ “right player, right price” approach.

And he comes with name recognition, which the Ravens desperately need.