Michelle Malone returns to her roots with the rich, earthy sounds of “1977” 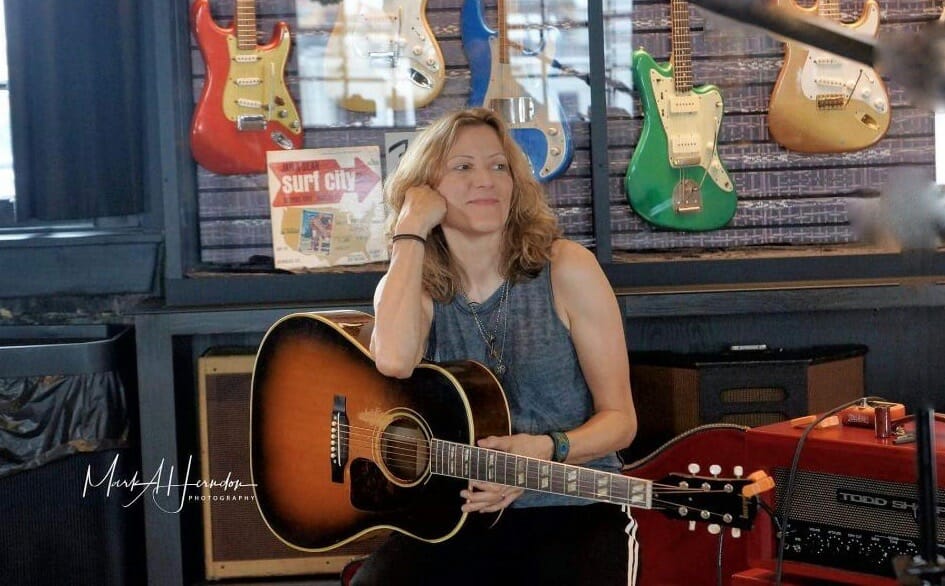 As a professional musician for her entire adult life, Michelle Malone understands music’s power of connection and healing with an audience. For songwriters, the act of writing a tune often will connect them with their own past. And Malone makes a deep journey into her past with her new album, 1977.

The story behind the title is two-fold.

During the pandemic lockdown, she listened to comforting music and for Malone, that meant the music she grew up with from the ’70s. And the songs she was writing at the time flowed out of that mode. 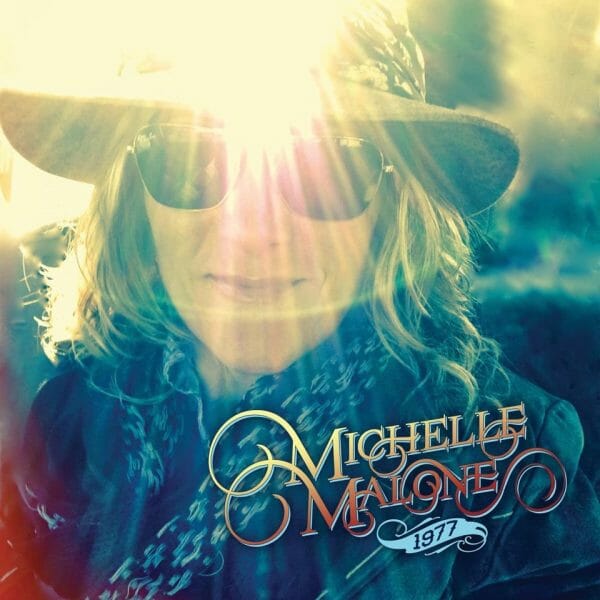 But more specifically, 1977 was the year Malone began to play the guitar. “It was my brother’s guitar,” she says. “He’d hidden it in a closet and told me not to touch it.” But the temptation was too great, even though it was a Gibson starter guitar with a wide neck that made it difficult for her to play. It wasn’t long before she bought her first guitar, an Alvarez acoustic, from the guitarist in her mother’s jazz band.

“That was a pivotal year for me, a life-changing year,” she says. “I was playing simple chords, and that became the foundation of everything I do.”

She still owns that Alvarez guitar. “I have it hanging on the wall,” she says. “I love that guitar. It means a lot to me.”

To hear Malone perform the songs of her youth, catch her side group — Canyonland — tonight (Friday) at 8 p.m. at the Downtown Decatur Gazebo for a lineup of songs by Linda Ronstadt, The Eagles, Fleetwood Mac, Joni Mitchell and others associated with the Laurel Canyon California sound. Malone will be joined by guitarist Doug Kees and Nelson Nolen.

1977, which was released today, is Malone’s 17th studio album. The Decatur native is a guiding light on the area’s Americana scene and a pioneer of indie music. In the early ’90s, she left a major-label deal and has worked as an indie artist ever since.

The pandemic created special challenges for Malone and other musicians whose primary source of income — live concerts — suddenly dried up. Malone streamed online living room concerts and even hired herself out for “Four-Pack” shows. “People would hire me to play four songs,” she says. “I’d drive up, jump out of my car, play four songs in their front yard and then drive away.”

She returned to a live concert schedule last July during a summer lull in Covid cases. “I had to make ends meet,” she says. “A singer’s gotta sing.”

Malone wrote the songs for 1977 during the pandemic, but she’s quick to say there are no songs about the pandemic. “I made a conscious effort not to write about Covid,” she says. “The songs kind of wrote themselves. I didn’t have to toil over them. The process was natural and organic.”

“We don’t rehearse before we go into the studio,” she says. “I wrote out a chart, we’d start playing and get a vibe. Then we’d do two or three takes, and the song would be done.”

Kees has become a mainstay of Malone’s band, and they often perform as a duo (and also in the Christmas season band The Hot Toddies). His tasteful, understated guitar playing is a perfect complement to Malone’s music and voice, much like the longtime partnership between Emmylou Harris and Buddy Miller. “I think I met my match in Doug,” Malone says. “We travel well together and play well together. He’s a great guitar player and it turns out that our families knew one another, and we had no idea.”

Malone points to the song “Bodyguard,” where Kees’ subtle guitar sweeps in for cinematic flashes. She wrote the song at a coffee shop in Europe about an alienated young woman with big dreams and harsh realities. “She’s a real person,” says Malone. “I don’t know her personally, but I know her well.”

The album also features songs about Malone’s father (“Buck Knife Man”) and her grandfather (“Georgia Made”).

1977 is a departure from Malone’s recent blues-drenched albums; there’s no slide guitar to be heard. But it takes her back to her singer-songwriter roots. “It was a natural progression for me to fall into other styles again because that’s how I started,” she says. “This album has some different flavors, but it’s the same cook. And it’s still Southern.”

Most of all, Malone is happy to be recording and performing again, finding connection and healing with her audience. “Music brings people together and hopefully entertains folks,” she says. “Music is the second-oldest profession. Music is essential and musicians are essential workers.”