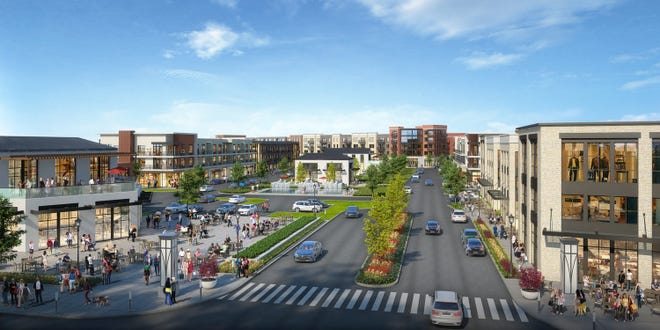 The Ridgeland Board of Aldermen tabled a proposed mix-used development in Ridgeland in April, but it could have new life in June.

The proposal for a conditional use included nearly 300 living units in Phase 1, which would have covered 17.5 acres and approximately 62,000 square feet of retail and restaurants, including a hotel and grocery store on the first floor of the three-story buildings.

According to minutes from the zoning meeting, Mattiace CEO Andrew Mattiace addressed the board. He stated that he had worked with adjacent property owners Kerioth Corporation and the University of Mississippi Medical Center.

However, multiple people opposed the project, with the leading complaint centering around the residential units involved. There were also complaints that the development would cause an increase in traffic and that the combination could potentially lead to a decrease in property values for property owners in the vicinity.

According to the minutes, Mattiace said 60% of the residential units would be 750-square-foot, 1-bedroom rentals at a monthly rate of $1,687.

BIG APPLE INN:The story of a family’s legacy of smokes, ears and tamales on Farish Street

He said nearly 40% would be two-bedroom units, and four units would be three-bedroom. Mattiace also noted that the units would be leased much like the condominiums at The Township at Colony Park.

Mattiace said many of the occupancies throughout were due to issues related to COVID and companies that have gone bankrupt and that the occupancy rate throughout Mattiace is higher than the national average.

The board tabled the development. However, Mattiace Properties is expected to regroup and bring the issue back to the city at the June 21 meeting.

In an e-mail to the Clarion Ledger, Mattiace Properties said, “After following procedure with the application and petition before the Mayor and Board of Aldermen of the City of Ridgeland … the developer presented at a public hearing. He heard the comments from surrounding neighborhood members and recommendations from the Zoning Board. He is now in the process of evaluating the master plan and recommendations.”