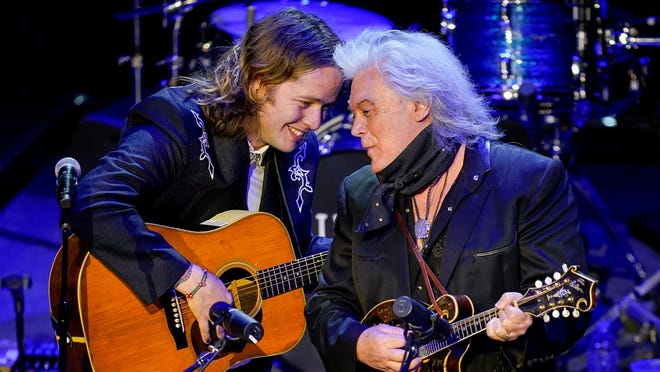 More than $4 million in renovations to a nearly century-old building in downtown Philadelphia (Mississippi) will mark the beginning of a major change for this city of about 7,100 people, supporters of the project said Wednesday.Dr. Dan Barnard, executive director for the 500-seat Ellis Theatre on Byrd Avenue, said the renovation will complete Phase 1 of a larger $40 million project called the Congress of Country Music being spearheaded by country music superstar, and Philadelphia native, Marty Stuart.

“It is spectacular, incredible work,” Barnard said of the theatre rehabilitation, which was overseen by Yates Construction. Included is a new roof, new seating, new HVAC and electrical systems, new plumbing, a new fire protection system, all new audio-visual equipment, and more. There will also be three box seat sections on the north wall that had once been used in Washington, D.C.’s Kennedy Center, Bernard said.

A four-night Grand Opening is set to kick off on Dec. 8 with performances by Marty Stuart and Connie Smith. On Dec. 9 Ricky Skaggs and Kentucky Thunder will perform, followed by Vince Gill on Dec. 10 and The Gaither Vocal Band on Sunday afternoon, Dec. 11.

Other upcoming events include a family-oriented Christmas show titled, “A Very Electric Christmas,” by Lightwire Theater on Dec. 18.

On Jan. 6, Old Crow Medicine Show will perform. Then, on Feb. 4 a screening of “Field of Dreams,” with guest host Alicia Malone of Turner Classic Movies is scheduled.

Lightwire also returns in 2023 with a daytime educational series called “The Tortoise and Hare — The Next Generation.” That series is sponsored in part by a grant from the Phil Hardin Foundation.

Michael Hardy, the 2022 Songwriter of the Year, the North Mississippi Allstars and Trey McLaughlin, and the sounds of Zamar Gospel Choir are some of the additional acts scheduled for the coming year.

The Ellis Theatre was originally built as a silent movie theater in 1926 by the late Henry Bell Hutchison. In recent years it has served as a performance space for the Philadelphia-Neshoba County Arts Council.

Barnard said that in addition to providing top-tier entertainment, the theater will continue to provide venue space for both the Arts Council and other community organizations.

Phase 2 of Marty Stuart’s Congress of Country Music will see the construction of a new community center and meeting space on the lot just north of the theater. Featuring a giant, cathedral-style window arched to a center point at the top, the building will pay homage to the legendary Ryman Auditorium, home to the Grand Ole Opry in Nashville from 1943 until 1974.

Then in the final stage, a museum and the educational building will be completed in the back that will serve as an exhibit space for Stuart’s personal collection of more than 20,000 pieces of country music memorabilia.

Included are boots, hats, and other clothing items, personal belongings, hand-written manuscripts, vehicles, and vintage guitars owned by musicians including Charley Pride, Pop Staples, Johnny Cash, Jimmie Rogers, and others. Some of those items are currently on display in Jackson through December as part of “The World of Marty Stuart” exhibit at the Two Mississippi Museums.

Stuart was born on Sept. 30, 1958. A child prodigy on guitar and mandolin, he made his first professional appearance at the age of 12 performing with country legends Carl and Pearl Butler. By the age of 21, he was a member of Johnny Cash’s band and has since become one of the most respected country music artists of our time. He has recorded more than 20 albums and has been the recipient of five Grammy Awards.

Documentary film director Ken Burns describes Stuart’s contributions this way: “If country music had a President, it would be Marty Stuart. He is the embodiment of the culture. His Congress of Country Music is to be his Presidential Library. It’s a place where all generations will come to study and be inspired.”

For information on both season passes and individual show tickets at the Ellis Theatre, as well as membership opportunities for the Congress of Country Music visit congressofcountrymusic.org or call 601-653-5358.

What is an equinox? Five things to know about the first day of fall

The climate future is now. Humans navigate a 'Perilous Course' on the East Coast.