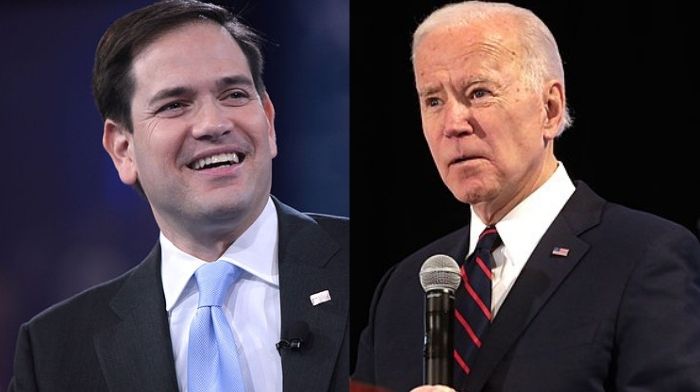 By Senator Marco Rubio for RealClearPolitics

Last night, the Senate advanced $40 billion in military, economic, and humanitarian aid to support Ukraine’s effort to repel Vladimir Putin’s unprovoked invasion. Much of that spending is incredibly important – not only will it provide direct security assistance to Ukraine, but it will also replenish depleted U.S. military weapons stockpiles and support American troops deployed to NATO countries earlier this year.

When Russian tanks rolled into Ukraine on February 24, the United States and our European allies mobilized resources to prevent Putin from destroying the Ukrainian government in one fell swoop. It was a clearly defined goal that united our nation.

What seemed hopeless at the time – repelling the 150,000 troops Putin had positioned on Ukraine’s borders – has become a real possibility. Unheralded bravery by Ukrainian leaders, soldiers, and civilians led to unexpected defeats for the invading Russian forces.

Unimaginable atrocities committed by Putin’s men will forever scar Ukraine, but Kyiv still stands, even as war rages to the east.

America’s intelligence community, which accurately predicted the invasion, now believes Putin is “preparing for a prolonged conflict in Ukraine” that will turn into a “war of attrition.” That stark assessment comes as there is growing evidence the Biden administration’s objectives are shifting.

“We want to see Russia weakened to the degree that it can’t do the kinds of things that it has done in invading Ukraine,” Defense Secretary Lloyd Austin announced in late April after meeting with Ukrainian President Volodymyr Zelensky in Kyiv.

It was an abrupt change from President Biden’s objective two months earlier, prompting global headlines like “Pentagon chief’s Russia remarks show shift in US’s declared aims in Ukraine” and “The U.S. has a big new goal in Ukraine.” It also put us at odds with much of continental Europe.

We owe it to the American people to clearly articulate our goals and objectives in Ukraine. For most Americans, rising prices, surging crime, and wave after wave of illegal immigration are today’s most pressing issues.

That is not to minimize the importance of foreign affairs, but when working families are asked to spend billions of dollars a week on a “war of attrition,” they deserve to know why – and whether the administration’s objectives are truly in the national interest.

One objective is obviously worthwhile. As President Biden said on February 24, the United States must “defend every inch of NATO territory with the full force of American power.” It is more important than ever for Putin to understand that his invasion strengthened NATO, not weakened it as he hoped.

We must define our objectives regarding the Russian occupation of Ukrainian territory, especially territory seized years ago, with similar clarity. And we must determine what role American taxpayers will play, if any, in rebuilding Ukraine. America’s objectives must be clearly spelled out and established in coordination with our European allies.

We cannot take anything for granted in Ukraine, but we also cannot afford an endless, undefined commitment. The need for clarity is especially acute given the urgent need to prioritize resources to counter the Chinese Communist Party in the Indo-Pacific.

The opinions expressed by contributors and/or content partners are their own and do not necessarily reflect the views of The Political Insider.