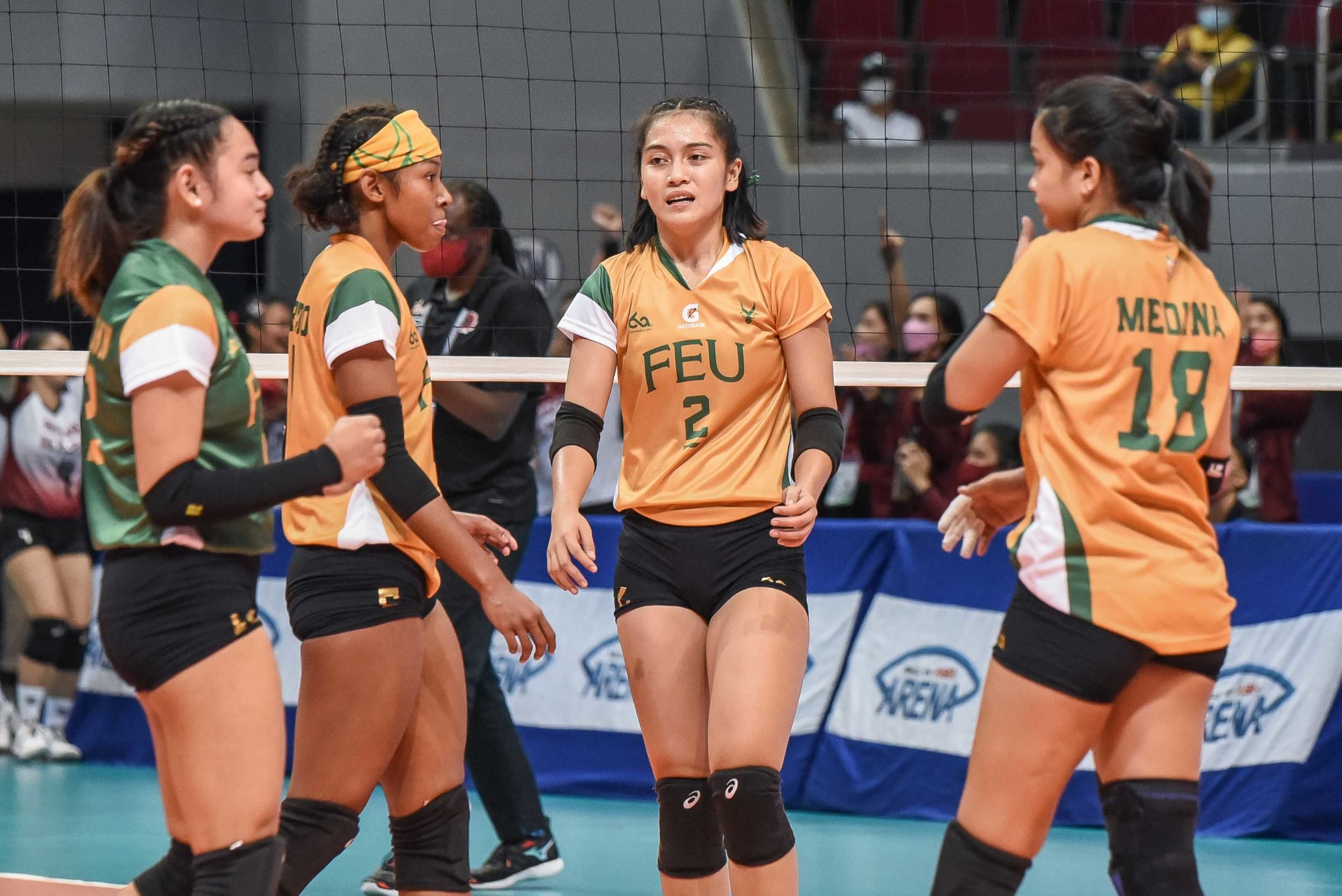 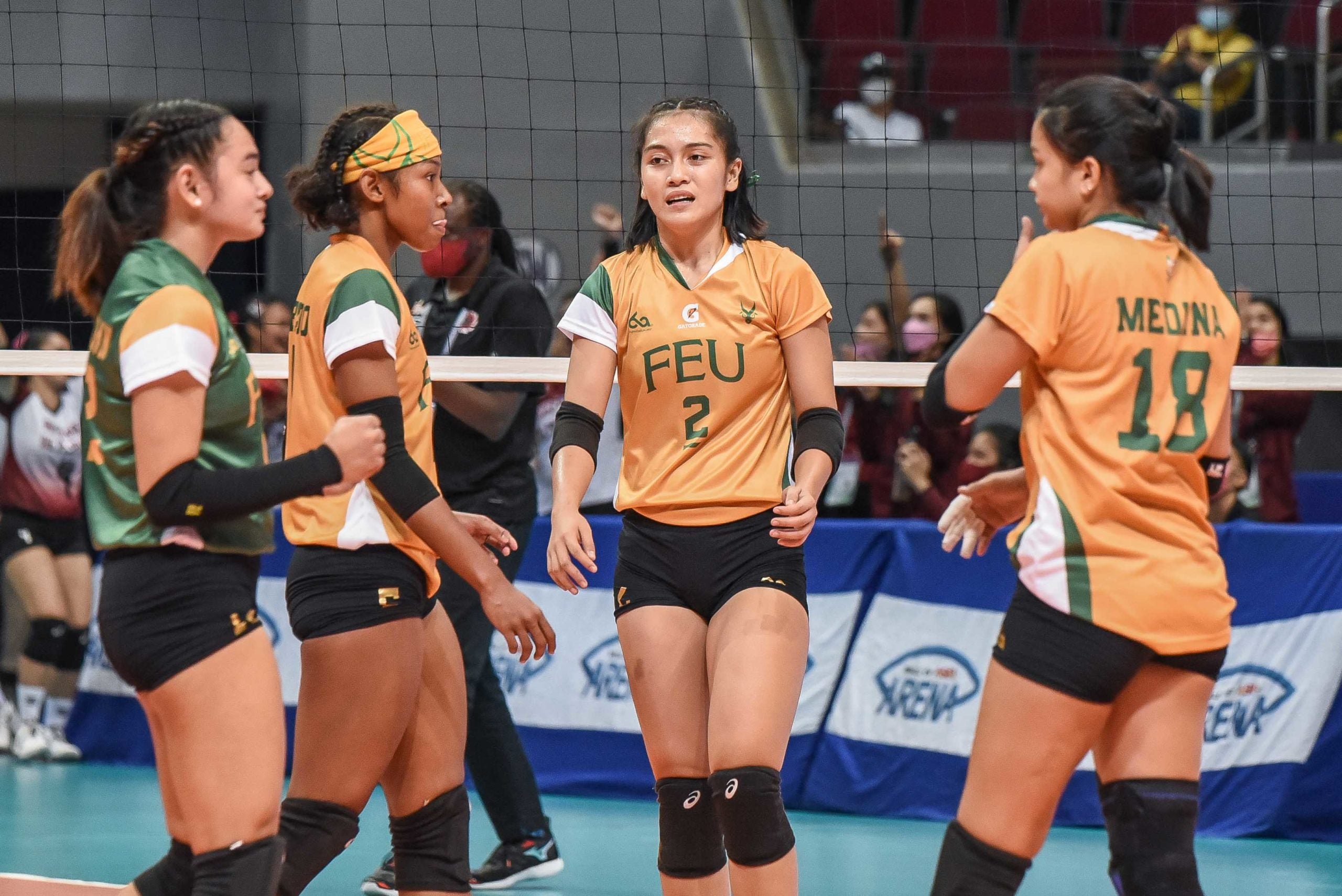 Lycha Ebon (No. 2) has left the FEU Lady Tamaraws along with Martha Mora. UAAP PHOTO

Molina bared that the two holdovers have accomplished their bachelor’s degrees and decided not to finish the season.

Ebon and Mora, both in their third playing year, were conspicuously missing from the Lady Tamaraws’ bench and even in the stats sheet of their 22-25, 13-25, 23-25 loss to the Ateneo Blue Eagles on Thursday at Mall of Asia Arena.

The UAAP board member said the two are still eligible despite accomplishing their academic requirements, but they have decided to pursue other opportunities.

The school respects their decision.

“They are graduating athletes who have already finished the academic requirements for their bachelor’s degrees and have started to focus on their future careers. We support them in their endeavors,” Molina told Inquirer Sports.

“Technically they are still eligible but I believe they will pursue other opportunities outside of the UAAP. We are thankful for the years they spent at FEU and happy that they all finished their degrees on time,” he added.

Pascua kept mum when asked about the missing three players. He only answered the status of Nikka Medina, who suffered from an ACL tear during the first set on May 17 and will undergo operation in the second week of June.

“She had a total tear on her ACL. She will undergo an operation in the second week of June. It will take eight months to one year for her to recover,” Pascua told the reporters.

Ebon was also the team captain of FEU but saw her playing time reduced after struggling in the first round. Shiela Kiseo was listed as interim skipper.

With the early exit of Ebon and Mora, Molina said the young Lady Tamaraws will make the most of the UAAP season to gain more exposure and experience after losing seven of their eight matches.

“Team management believes this is an opportune time to give the younger players, especially the rookies, more exposure and experience on the court,” he said. “The goal is still to win as many games as possible and to gain momentum for the coming UAAP season.”