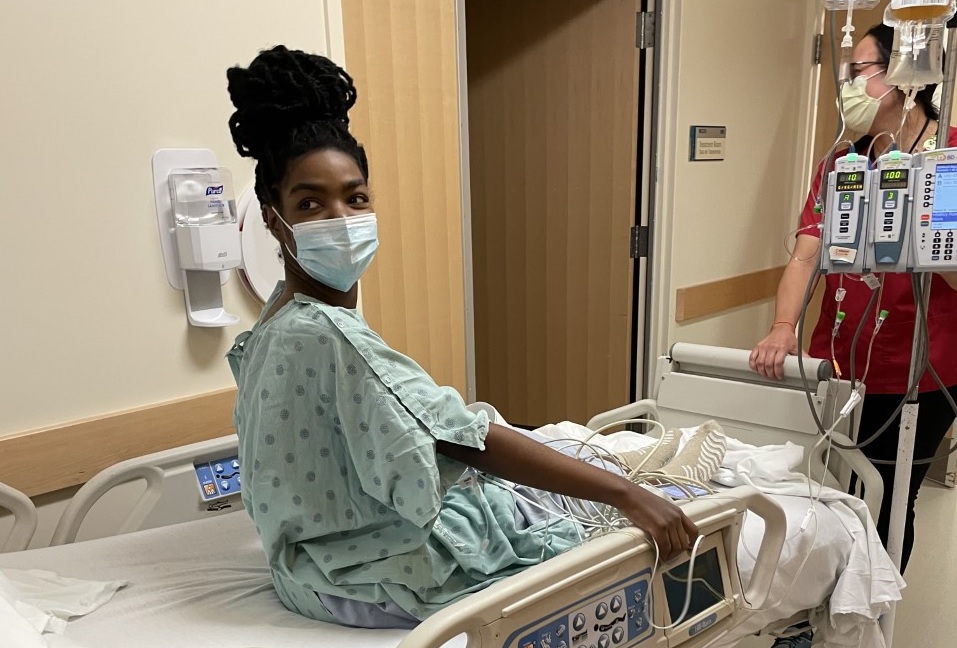 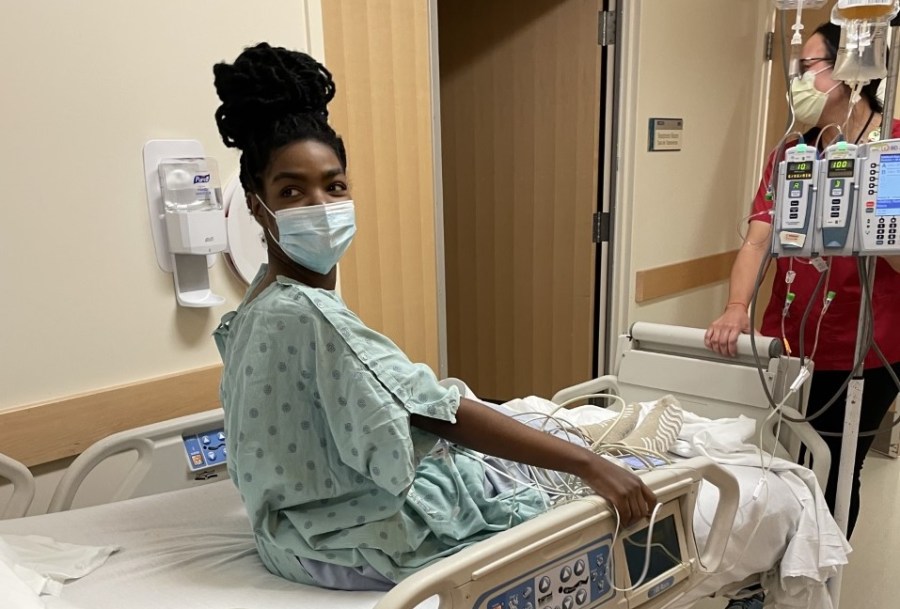 INDIANAPOLIS — In between doctor visits and check-ups, Jaelyn Kinchelow is already looking forward to what’s next.

“I plan to break out of here and hopefully go back to school soon,” she said.

At 24 years old, she’s looking forward to finishing her final semester of nursing school, but these days she’s found herself on the other side of critical care.

“I think being on the patient’s side of things, it helps a lot because I’ve been around the medical field for ten plus years,” she said.

At 14, Kinchelow would survive a heart attack and emergency open heart surgery. Considering herself as a pretty healthy person, she says it started with chest pain during track practice at school.

Planning to tell her coach when she finished her lap, Kinchelow ultimately collapsed. What was originally concerns of dehydration turned into something much worse, an ischemic heart attack.

“My main coronary artery tore and so I wasn’t getting any blood flow through my heart,” she said. “They took a vein out of my leg, and they put it in my heart.”

“Without that surgery, I would’ve died. They thought I wasn’t going to make it,” she added.

The last decade has been filled with constant follow up care and check-ups at Riley Hospital for Children. It wasn’t until January, where she’d start feeling sick again, that she’d have to discuss getting a heart transplant.

In efforts to save her life, Kinchelow and her family chose to move forward with the process.

Just a few days after her birthday, Kinchelow would later prepare for a life-saving gift.

She’s been in recovery for a little more than two weeks and was recently transferred to IU Methodist, where she’s still getting used to her new addition.

“I think just having a new heart it feels great because my heart didn’t work that good,” she said. “I was always tired, and so now I have all this energy and it’s really just an adjustment.”

Kinchelow would only spend less than 21 days on the wait list, but the wait for so many others could be longer.

“We have a large amount of patients that are waiting for organs,” said Kathy Bichaukas-McDonald, RN and heart transplant coordinator at IU Methodist Hospital. “Several of them pass away, every month, here in Indiana.”

National statistics show more than 100,000 people are still on the waiting list.

According to organdonor.gov, despite many adults supporting organ donation, only 60% are actually signed up as donors.


‘We don’t need to be judged. We need help.’: Stigmas impacting treatment for sickle cell patients

Bichaukas-McDonald says people often have reservations about donating due to concerns of where organs might end up.

“I think they’re concerned that their organs may not go to where they need to go, that they’re not going to be directed towards people in need, and that they may go to people that maybe have a financial advantage or economic advantage,” said Bichaukas-McDonald, “but Indiana Donor Network does an awesome job of making sure the owner’s organs are going to the appropriate people.”

For Kinchelow, who originally never considered being an organ donor before, she’s having a change of heart after her own experience.

“I wasn’t really like big on donating. It wasn’t a priority of mine,” she said, “but when you’ve actually gone through it, or you know somebody that’s gone through it, you learn really quickly how important it is.”

While the focus is on rest and recovery for the time being, she knows her transplant will be part of her future even beyond the physical sense.

“Whether that be an advocate for people being donors, I just know that there’s something bigger that I need to accomplish,” she mentioned. “With this whole transplant thing, it’s going to take me pretty far… Farther than what I was thinking that I would before.”