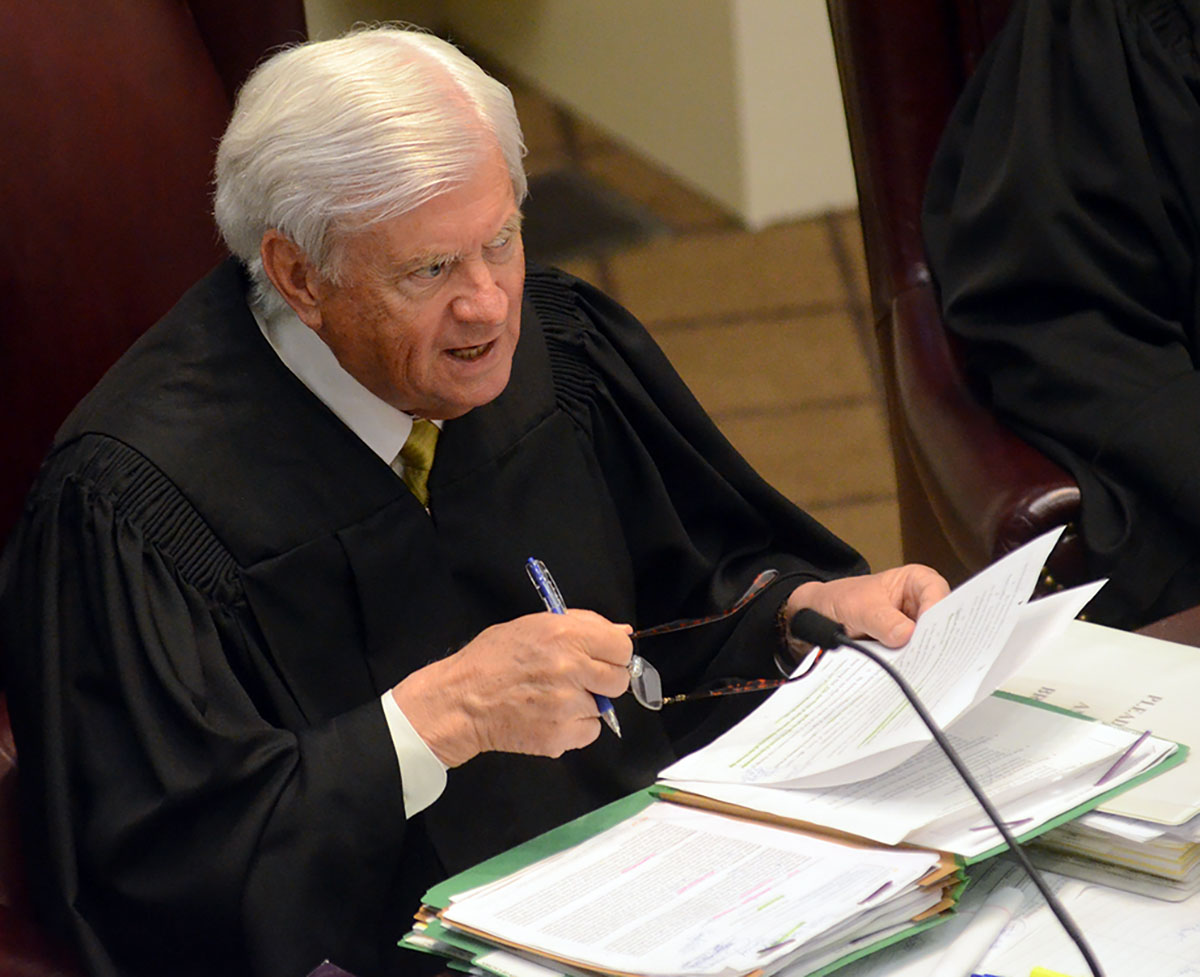 The Mississippi Supreme Court did not testify during the one day of public hearings held recently by the influential Legislative Budget Committee, but that does not mean the justices were not discussed.

Supreme Court Chief Justice Michael Randolph’s interpretation of a law enacted in 2012 that he says grants him the authority to give the state’s judiciary a pay raise without legislative approval was an undercurrent of the meeting of legislative leaders.

Actually, for Lt. Gov. Delbert Hosemann, it was more than an undercurrent.

“I just think it is appropriate for the Legislature to do the appropriations,” Hosemann said. “That is what people hired them (legislators) to do. I don’t think there should be an exception to that.”

Hosemann, of course, was referring to the classic, old school breakdown of the responsibilities of the three branches of government: the legislative branch makes the laws and appropriates funds, the executive branch carries out those laws, and the judiciary interprets the laws.

Randolph would argue lawmakers in the 2012 legislation relinquished to him the authority to appropriate money for the judicial pay raises.

Starting after 2019, the 2012 law called for the Supreme Court justices and other judges to receive an automatic pay raise if funds are available, based on a determination of “an adequate level of compensation” as determined by the state Personnel Board. That board regularly conducts studies to determine the salary levels for state employees based on various factors, such as pay for similar positions in the private sector and in neighboring states. Until the 2012 law, the Personnel Board had not been involved in the issue of providing pay raises for the judiciary. That had been left up to the Legislature as it continues to be for other state elected officials.

The 2012 law increased the fees on various court filings — such as the fee to file a civil lawsuit or on the levies in criminal proceedings — to help pay for the salary increase. Some argued at the time the increase on the court filings was equivalent to a tax increase for those who use the courts. But then-Chief Justice William Waller Jr., who advocated for the 2012 legislation, said judges at the time desperately needed a pay increase and he was trying to be responsible by providing a method to pay for it.

What was not clear at the time, at least to many legislators, is that the law would be used by the chief justice to bypass the Legislature to provide a pay raise for himself and other members of the judiciary.

In the 2020 session, House Appropriations Chair John Read, R-Gautier, authored legislation that would have provided a judicial pay raise but would have removed the 2012 language that allowed the judges to set their own salary based on the Personnel Board report. The legislation passed the House, but died in the Senate Appropriations Committee, chaired by Sen. Briggs Hopson, R-Vicksburg.

In September 2020, less than six months after the 2020 legislation died, Randolph contacted the Personnel Board inquiring about its salary recommendation report for the judiciary. That recommendation was for about a cumulative $2 million increase for state judges starting in January 2021 — a pay increase greater than what was proposed in the 2020 House bill. Randolph enacted the pay raise based on that report.

During last week’s Legislative Budget Committee meeting, House Pro Tem Jason White, R-West, asked questions about one of the guidelines the legislative leaders adopted for developing a budget – a requirement that any across-the-board pay raise for an agency had to be approved by the Legislature.

“We got in a position, one particular agency where raises went into effect and we were kind of in a take it or leave it scenario,” White said.

Referring to the 2012 law, Hopson said, “I think the statute probably trumps what we do…When we get back into session there needs to be something that confirms this (guideline.) We probably need to adjust the statute.”

Whether Hopson and other legislators will be willing to take the power to provide their own raises away from the judiciary remains to be seen. Many of the top legislative leaders are attorneys who often must appear before Randolph and the other justices in their private lives to argue cases. They might be reluctant to incur the ire of the Supreme Court.

Hosemann also is an attorney, but at age 75 has directed most of his active work life away from private law practice and toward public service, where he believes in the system set out by the nation’s and state’s founding fathers where the legislative branch appropriates public funds.

By listening more intently and understanding the people who make up Mississippi’s communities, our reporters put a human face on how policy affects everyday Mississippians. We’re listening closely to our readers to help us continue to align our work with the needs and priorities of people from all across Mississippi. Please take a few minutes to tell us what’s on your mind by clicking the button below.