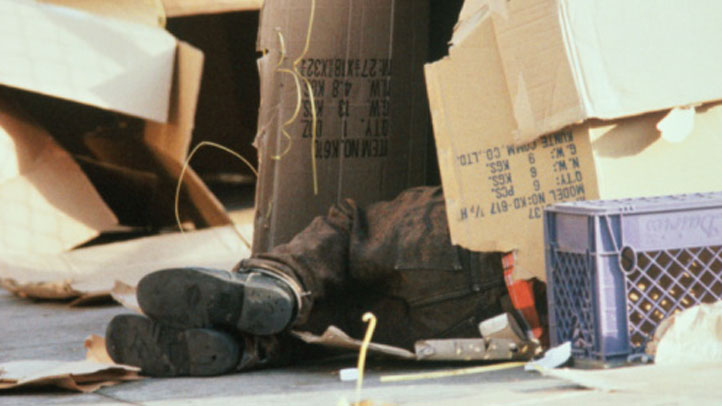 Jessica Lewis, owner of Dragonfly Cycling in Sherman Oaks, says she noticed six incidents this month, from car break-ins to unhoused people defecating and blocking clients from entering her studio.

She called the Los Angeles Police Department and LA City Council Tuesday morning regarding another incident.

“Somebody came in with an ‘F the police’ tattoo on his stomach, came into my business, scared myself and clients at the desk checking in,” Lewis said.

LA City Council Member Nithya Raman said she’s aware of the issues and that her office has responded every time Lewis reached out over the last 14 months, including sending their homeless outreach team to Lewis’ studio following the incident Tuesday.

But Lewis said the city’s response has not been enough to help her feel safe.

“It’s the equivalent of thoughts and prayers when a school is shot up,” she said. “It’s beyond frustrating, and I constantly fear that coming to work is putting myself at risk, and it’s not fair.”

A new program designated for the Ventura Boulevard corridor responds to calls to help de-escalate issues with homeless people, according to a statement from Raman’s office.

Lewis said she agrees but is still pushing for more protections for businesses.

“Between the cost of living and the crime, they’re gone,” Lewis said. “I don’t want to have to leave LA. I love Los Angeles and what it used to be.”