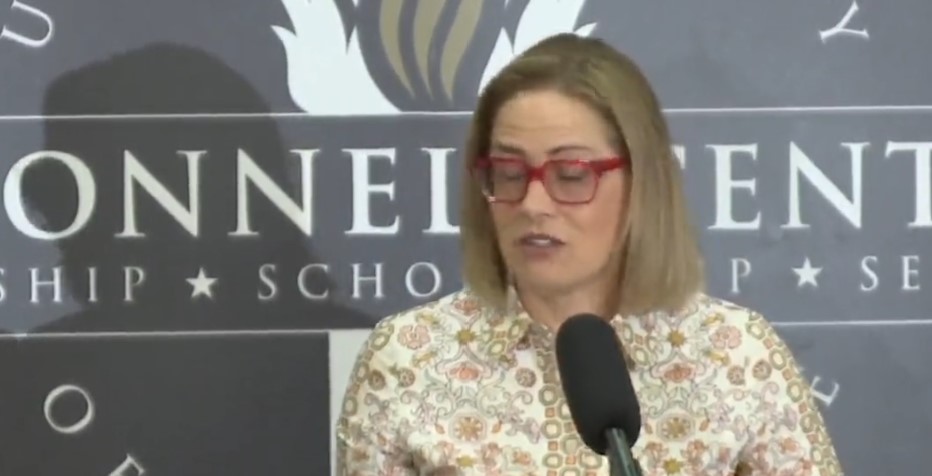 While speaking at the McConnell Center, Sen. Kyrsten Sinema (D-AZ) called for strengthening the filibuster.

Sen. Kyrsten Sinema (D-AZ) says she’s not only against abolishing the filibuster, she’s for strengthening it: “The best thing you can do for your child is to not give them everything they want… We should restore the 60-vote threshold for areas in which it has been eliminated.” pic.twitter.com/OR53ymuE4x

Sen. Sinema was speaking at the Mitch McConnell Center, where McConnell introduced her. Sinema is already cruising for a primary challenge from Democrats, and the clips of her speech reflect someone who arrogantly believes that she is above the “passions” of Republicans and Democrats.

The message that Sinema sent was clear. Democrats need to pick up two Senate seats in six weeks to render Sinema irrelevant, and she will no longer be able to obstruct progress. Kyrsten Sinema has now given more speeches with Mitch McConnell (1) than she has held town halls with her constituents in Arizona (0).

Sinema knows that she could never get elected as a Republican in Arizona. She needs the Democratic Party, but she is also under the delusion that she is the reincarnation of John McCain and she can be above partisan politics.

Sen. Sinema is standing with Mitch McConnell on the filibuster, so Democrats must end her obstruction on election day.