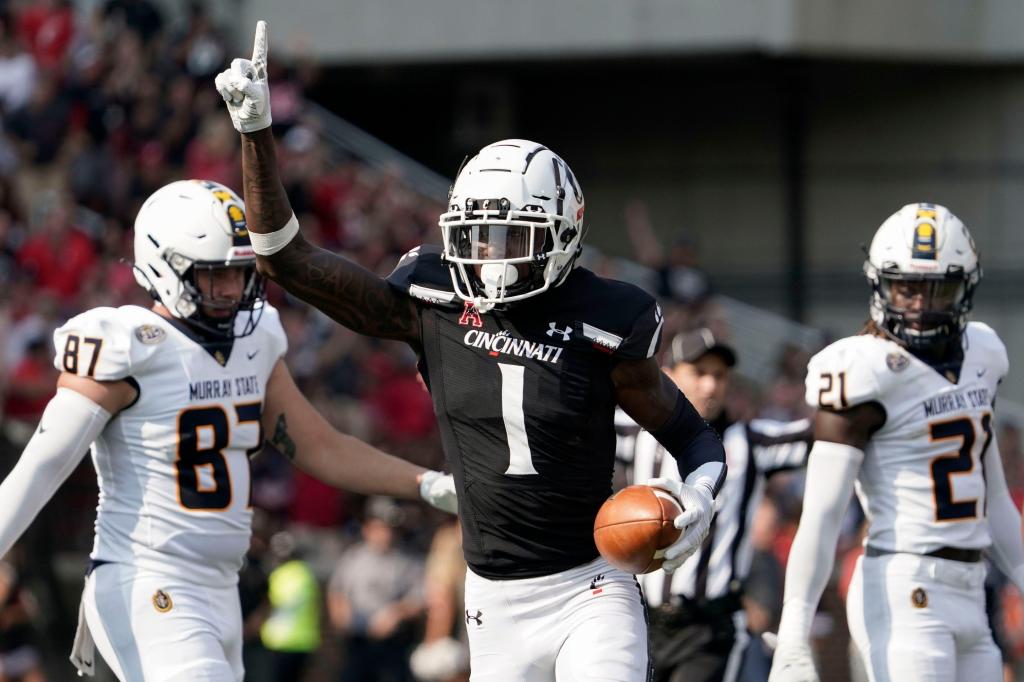 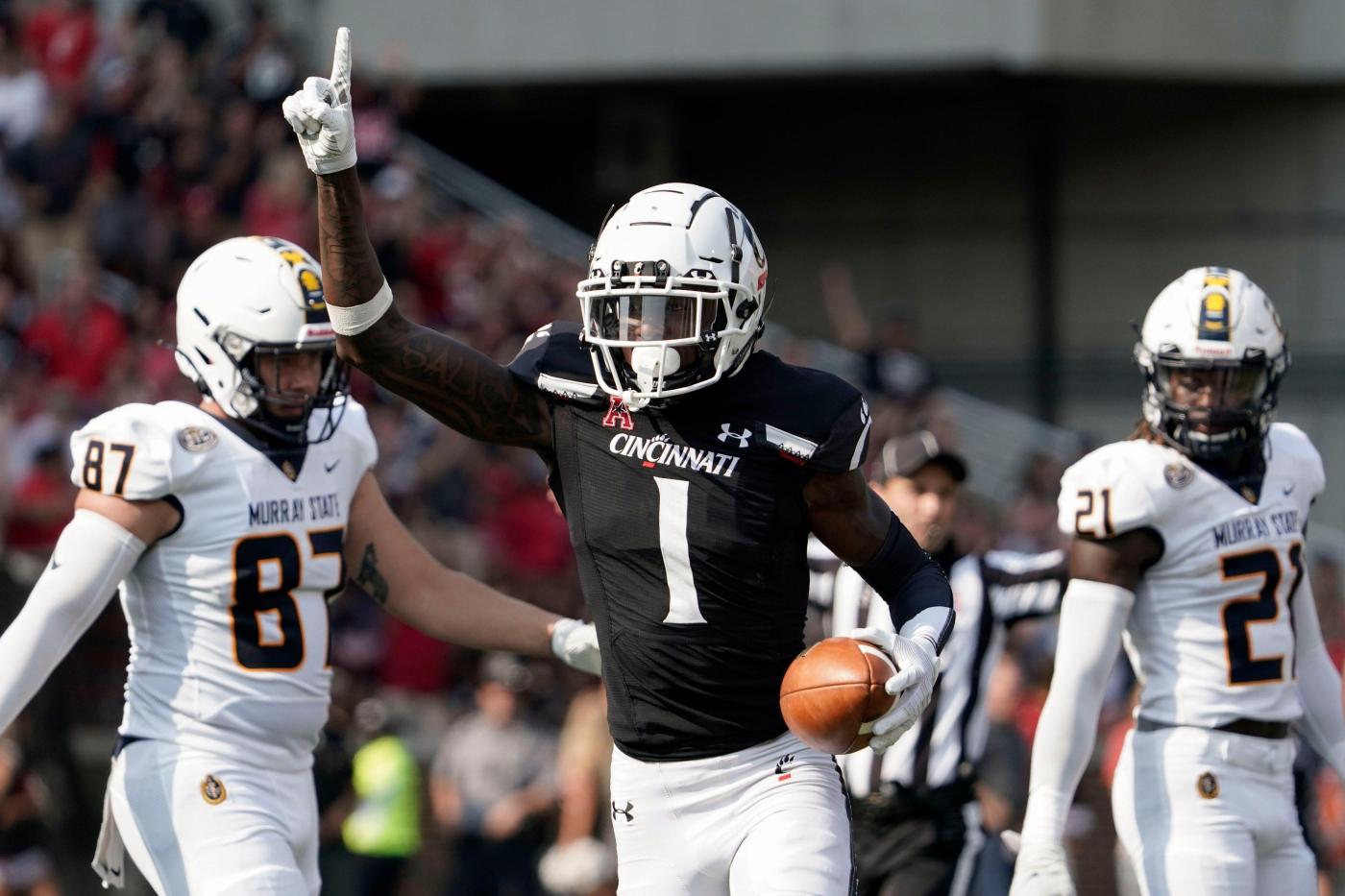 Gang Green is no longer in desperate need at the cornerback position.

The Jets are content with their current corner group, but they know adding more talent would only benefit the defense.

The Jets were 29th in pass defense during last season’s 4-13 campaign allowing 259 yards per game which led to GM Joe Douglas upgrading the cornerback room with the addition of ex-Seahawks CB D.J. Reed during the first wave of free agency.

Quarterbacks only completed 49% of their passes when throwing in Reed’s direction (fifth best among CBs targeted at least 50 times last season), per Next Gen Stats.

Reed, the former Kansas State star originally drafted by the San Francisco 49ers, logged two interceptions and 10 pass breakups in 2021. And QBs had a passer rating of 69 when they threw in Reed’s direction (he allowed 474 yards in coverage with three touchdowns).

He’s a good scheme fit for the Jets as he produced a strong season playing in zone coverage. Robert Saleh’s team plays a bunch of zone. He had the fourth most snaps in zone among cornerbacks (448) and allowed a passer rating of 67.6 and a TD, according to Pro Football Focus.

The rest of the group Gang Green is counting on features Brandin Echols, who snagged a pair of interceptions as a rookie while QBs logged a passer rating of 80 when targeting the sixth-rounder.

Fellow rookie Michael Carter II was the Jets’ starting slot corner and he only allowed one TD on 59 targets, had four pass breakups, collected a sack and recovered two fumbles. And the best corner of the group from 2021 was second-year Pro Bryce Hall, who produced a solid sophomore season with the fifth most pass deflections in the NFL (16).

While they’re no longer desperately starved for cornerback help, Gang Green knows they need more and have five picks in the first three rounds to potentially address the position.

But the question is when to add a cornerback?

It’s highly unlikely the Jets draft a cornerback with the No. 4 overall pick in the draft on April 28, the buzz is centering around drafting a defensive end.

There’s a good chance options like FSU DE Jermaine Johnson or Oregon star Kayvon Thibodeaux will be available with the No. 4 pick. Georgia DE Travon Walker is also generating buzz and has the potential to go in the top four because of his immense physical traits. However, Jets sources aren’t too high on Walker because of his lack of pass rushing ability he displayed at Georgia.

While it’s unlikely that CB Ahmad Gardner is available at pick No. 10, what if the Cincinnati star falls to the Jets there?

Gardner is viewed as one of the best prospects in the draft and has fans within the building, but would adding Gardner outweigh the benefit of selecting a wide receiver with that pick?

That is the conundrum.

This rebuild centers around giving Zach Wilson the resources to develop into a franchise QB. And giving Wilson another weapon like USC’s Drake London or Ohio State’s Garrett Wilson could accelerate his development for 2022.

In that scenario, Wilson would have Corey Davis, Elijah Moore, Braxton Berrios and a first-round receiver at his disposal. Those weapons should dramatically increase his overall production in Year 2

Then there’s LSU’s Derek Stingley whose talent and peak is arguably better than Gardner’s, but there are lots of questions surrounding Stingley.

The Jets sent cornerback coach Tony Oden to Stingley’s pro day. And they’ve been researching Stingley to discover if there was more to his production decline after his terrific freshman season in 2019 than simply his injury issues (he only played in 10 games the last two seasons).

But Stingley’s talent is undeniable.

The discussion would return to the main question regarding drafting a cornerback in the first round. Does getting Wilson a premium weapon outweigh the potential of a highly talented cornerback to improve a defense that ranked dead last?

Because a talent like Gardner or Stingley could develop into a stud CB in the NFL.

London or Garrett Wilson could become those types of weapons for Zach, which could be the key to unlocking the No. 2 overall’s potential.

The Jets could wait until Day 2 of the draft to add to the cornerback spot. There will be options like Florida’s Kaiir Elam, Washington’s Kyler Gordon or UTSA’s Tariq Woolen, who aren’t as highly touted but would be solid scheme fits.

The Jets could also wait until the later rounds to draft a cornerback since they were able to find nice pieces in Hall (5th round), Echols (6th) and Carter II (5th) in recent seasons.

Either way, it’s no longer a position of desperate need.