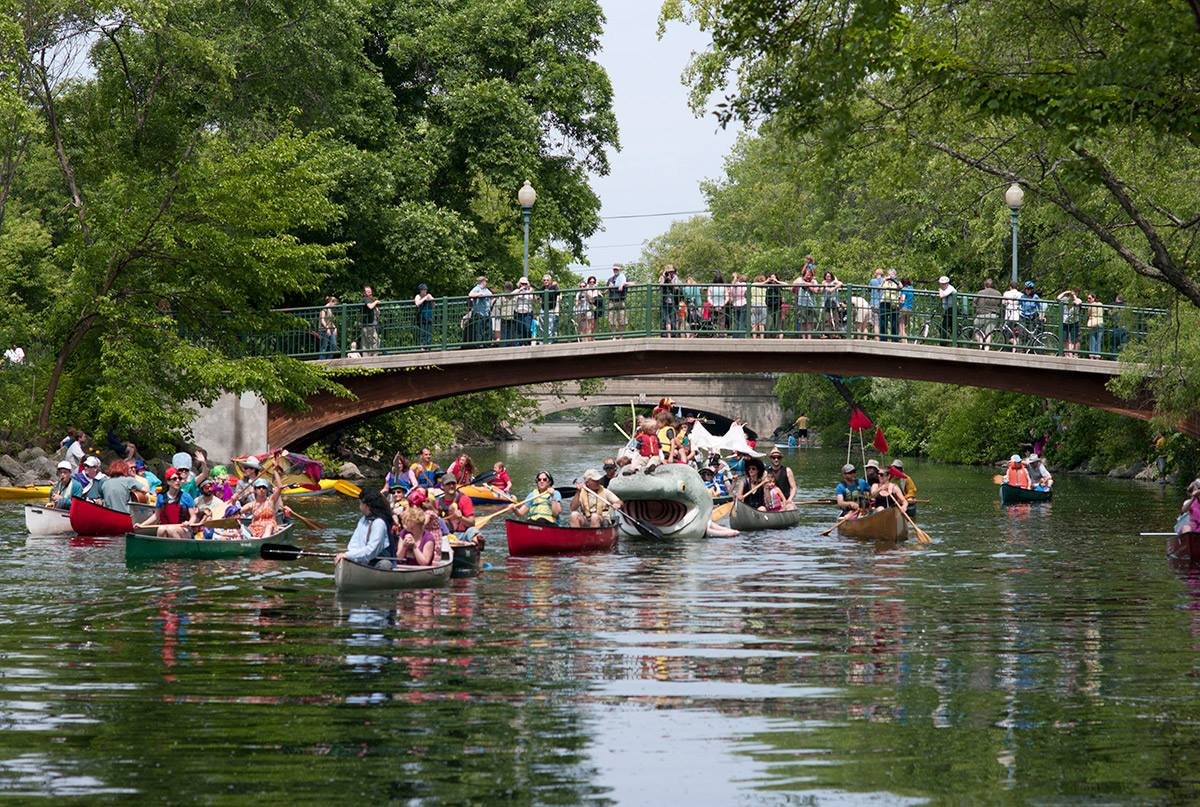 Summer doesn’t officially arrive on Madison’s east side until the first notes are struck at the annual Marquette Waterfront Festival, which takes over Yahara Place Park, east of the Yahara River on the shore of Lake Monona, June 11-12. The event is a fundraiser for the Marquette Neighborhood Association which, in turn, funds several programs, including the Wil-Mar Neighborhood Center, the EastSide Express free summer day camp and college scholarships.

Music has been the main draw over the festival’s 33 years, with a combination of Madison favorites and touring acts filling a diverse lineup, heavy on roots music. Saturday’s headliners, Brooklyn-based Kaleta & Super Yamba Band, will appeal to the dancing crowd while Sunday’s festival closers, Chicago’s Waco Brothers, will draw fans of the “half Cash, half Clash” alt-country sound.

Traveling to Madison for the fest are favorites Robbie Fulks and Count This Penny, along with local heroes Gold Dust Women and Evan Murdock and the Imperfect Strangers.

Music is presented on two stages, with the smaller Cottonwood Stage moving from its traditional location at the east end of Yahara Place Park to the western edge, near the banks of the Yahara River. Between the stages is a stretch of food stands, beer tents and gift vendors. The annual Dandelion Dash race starts at 11:30 a.m. on Saturday, June 11, while Sunday’s festivities get underway with the Fools Flotilla parade down the Yahara from Tenney Park opening the fest on Sunday. Registration for the flotilla begins at 9:30 a.m. Sunday at Tenney.

Isthmus is a sponsor of the festival, presented by the Marquette Neighborhood Association.

Kaleta – Leon Ligan-Majek – has toured as a guitarist with Fela Kuti, King Sunny Ade and Lauryn Hill, but his vocal style recalls James Brown. Waco Brothers are fronted by Jon Langford, who has played on many Madison stages as a solo act, with his punk band, The Mekons, or in various other bands. Music kicks off at noon each day, with headliners taking the main stage at 6:30 p.m.

1:30: Evan Murdock and the Imperfect Strangers: Americana favorites from Madison

4:45: Amanda Anne Platte and the Honeycutters: Americana from Asheville, NC

4: Annie & the Oakies: Bluegrass from Madison

1:30 Count This Penny: Folk/pop from Knoxville, formerly of Madison

5:30: Derek Pritzl and the Gamble: Americana from Valders, Wis.