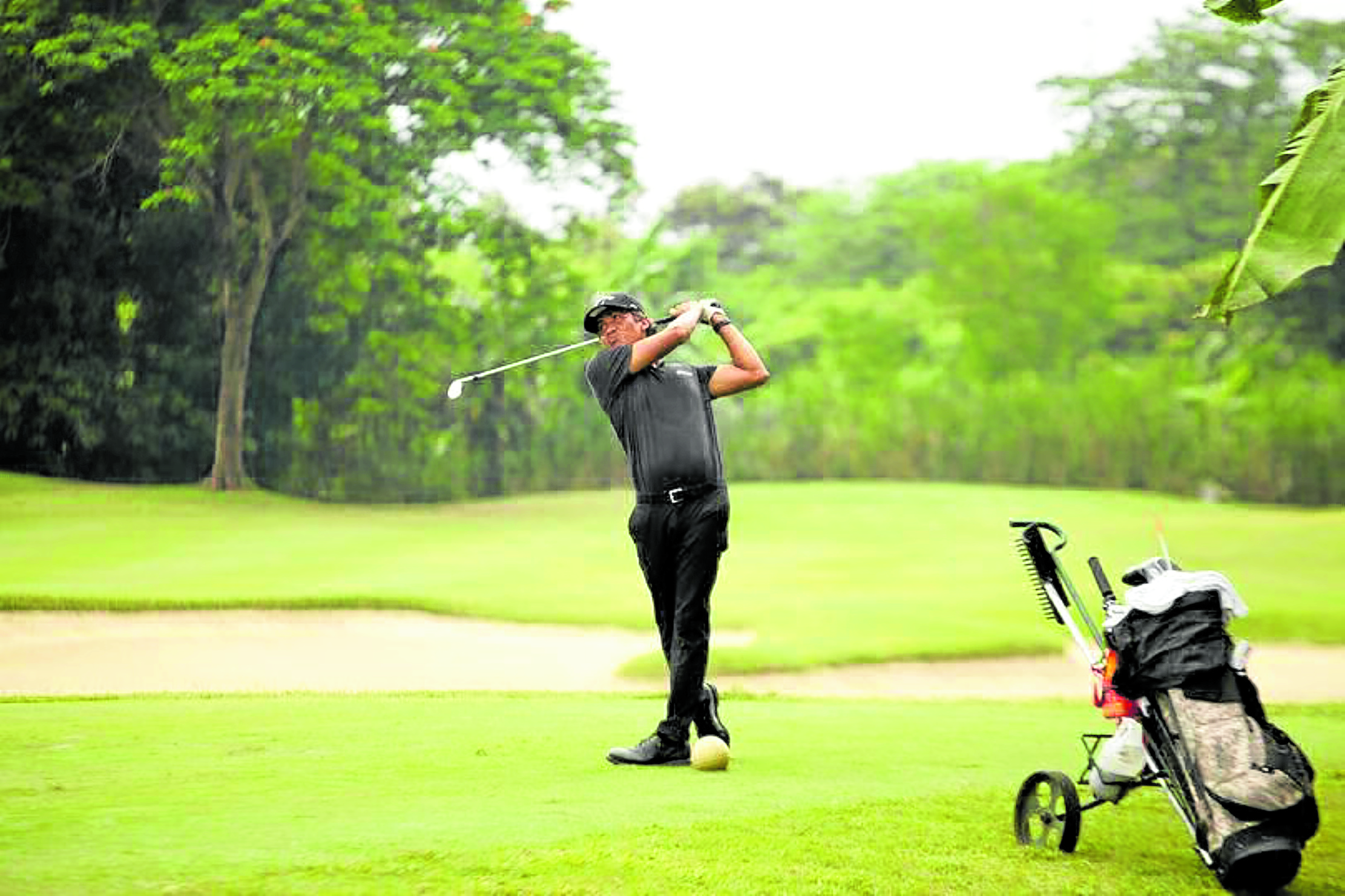 Juvic Pagunsan put the final touches to a dominant weekend on Sunday, firing a flawless five-under-par 67 at a helpless Masters course for an 11-shot win over Justin Quiban in the pro division of the first Manila Southwoods Pro-Am in Carmona, Cavite.

The 44-year-old, who blitzed the Jack Nicklaus-designed gem in the first round on Friday with a 64, tallied a 54-hole 195 counting another 64 at the Legends in the second round as Quiban rallied with a 70 to claim second spot.

“I would like to thank the Manila Southwoods and chairman Bob Sobrepeña for putting together this tournament,” Pagunsan, who had two eagles and 19 birdies against just two bogeys, said during the awarding ceremonies as he went home with the P200,000 top prize out of the P1 million pot.

The event has been penciled to be an annual thing after the success of the team competition on Saturday, which saw Pagunsan lead his team made up of outgoing Senate President Tito Sotto, Maru Sotto and Bing Lapus to the overall title.

Carl Corpuz, a product of Southwoods’ formidable amateur program, finished third after a 70, tied with former Philippine Open winner Gerald Rosales, who posted a 70 for 208.

Anthony Fernando, a pro playing out of Southwoods, closed out with a 69 to be another shot back, with Reymon Jaraula shooting a 68 for 211.

The response of the pros to the event was overwhelming as the likes of Frankie Miñoza, Antonio Lascuña, Jonel Ababa and Robert Pactolerin also played. INQ