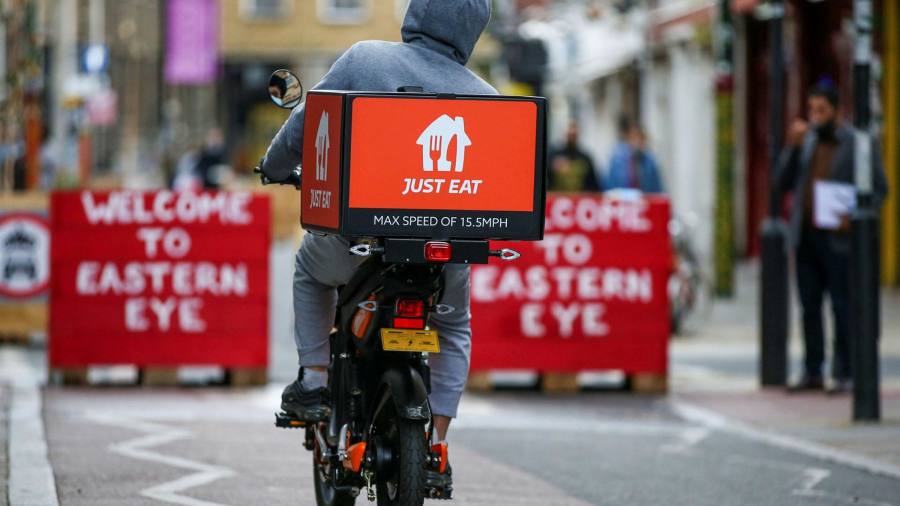 Just Eat Takeaway said it is exploring a sale of Grubhub, ceding to months of investor pressure over a $7.3bn deal it struck at the height of the pandemic lockdown-driven food delivery boom.

JET, one of the world’s largest online food delivery groups, said on Wednesday that its management team was “currently, together with its advisers, actively exploring the introduction of a strategic partner into and/or the partial or full sale of Grubhub”.

Jitse Groen, JET’s chief executive, revealed the plan at the same time as warning that year-on-year growth in customer spending this year would be slower than anticipated. The company expects percentage growth in gross transaction value to be in the mid-single digits in 2022, compared with its earlier forecast of mid-teens growth, and to return to profitability next year.

JET’s share price has fallen more than 70 per cent over the past year, as it swung to a loss despite rapid growth during the pandemic. Food delivery rivals such as DoorDash, Deliveroo and Delivery Hero have also seen their shares come under pressure as intense competition made it difficult for any operator to make money.

In Wednesday’s trading statement, JET reported a 1 per cent decline in the number of orders placed by customers around the world in the first quarter to 264.1mn, with gross transactions increasing 4 per cent to €7.2bn. Growth in the second quarter “will remain challenging”, it said. A higher number of customers are “churning”, or leaving, after JET added 20mn new active customers since April 2020.

Since last summer, investors including Cat Rock Capital, a Connecticut-based activist, have been calling for JET to sell off assets to prevent a potential hostile takeover and reverse its tumbling stock price. 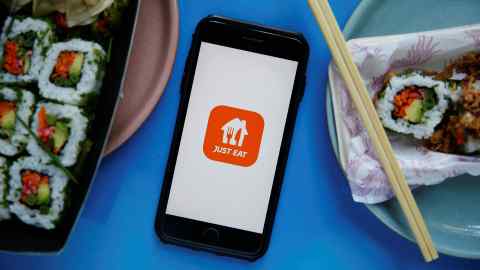 However, JET was resistant to those calls as recently as February. When the combined company delisted from the Nasdaq stock exchange, Groen told Dutch television that the move was a cost reduction measure that should not be taken as an indication that it planned to sell Grubhub.

“The management board confirms its alignment with shareholders in wanting to both create and realise value from the company’s highly attractive portfolio of assets,” JET said on Wednesday.

It warned there was no certainty that any Grubhub deal would be agreed or when it might happen.

“After two years of exceptional growth, we maintain the same high level of orders that were processed during the Covid-19 restrictions,” Groen said in a statement. “Our priority for 2022 lies in enhancing profitability and strengthening our business. We expect profitability to gradually improve throughout the year, and to return to positive adjusted ebitda [earnings before interest, tax, depreciation and amortisation] in 2023.”