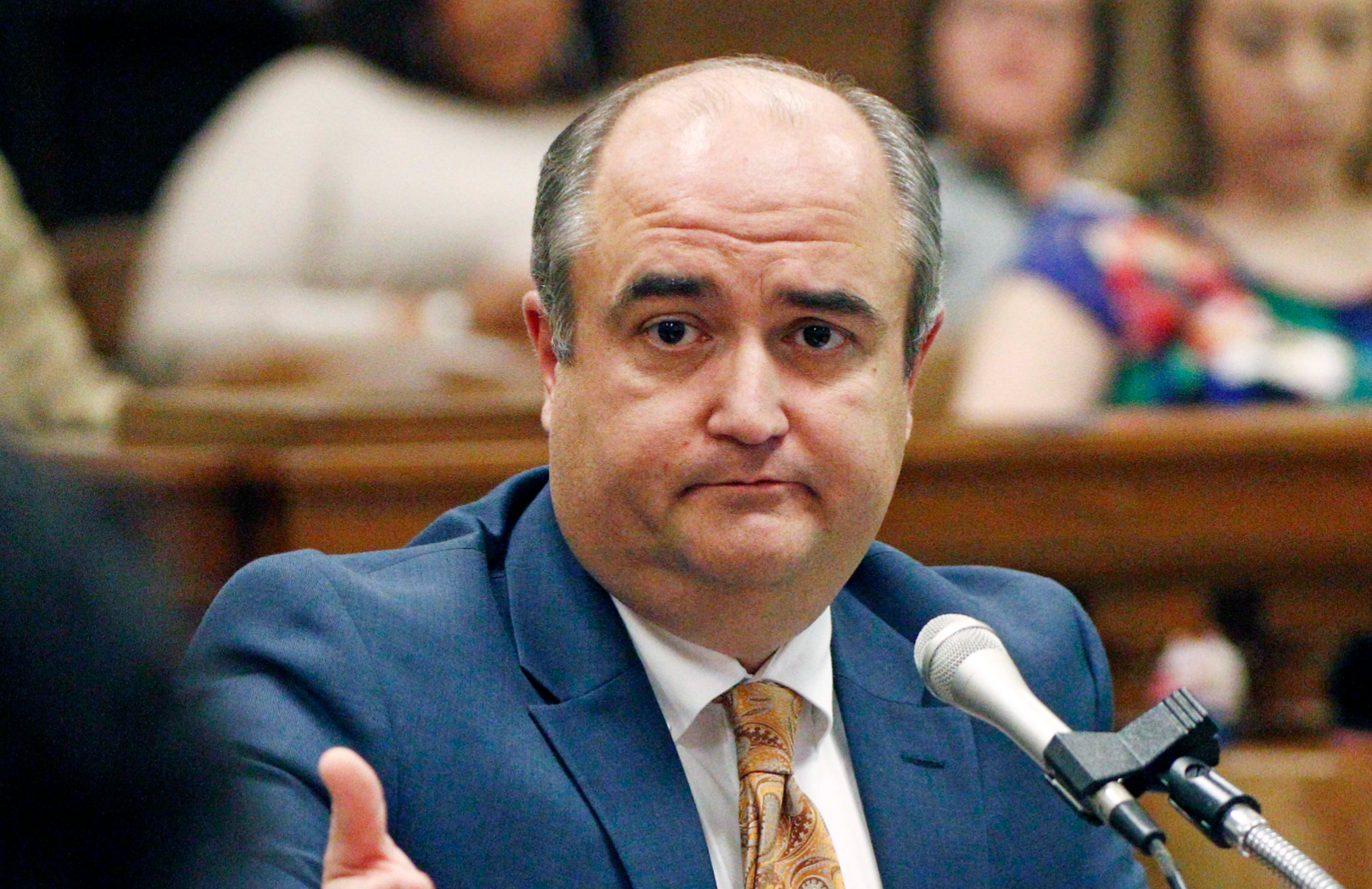 Prosecutors say the rehab payments — $40,000 per month for four months — personally benefitted Davis because he had promised to pay the rehab bill himself, so, in effect, the nonprofit extinguished his debts. Davis, who pleaded not guilty to the new charges on April 8, now technically faces almost 150 years in prison if he is convicted on all counts.

Text messages between Davis and New, obtained by Mississippi Today and reprinted here as they were written, shed light on how Davis directed New to pay for DiBiase’s rehab. Prosecutors say New and her son Zach New used grant money to make the payments.

“Just got off phone with Drs working with Brett,” Davis texted Nancy New in March of 2019, DiBiase’s second month in treatment at the luxury rehab facility called Rise in Malibu. “They think he should remain on site for another 30 days. Can you have Zack do the same thing he did to wire the same amount to them again today or first thing in the morning? This soo be the last time I ask this.”

“No problem,” Nancy New responded. “Let’s do what we need to do as many times as it takes. We are on it!”

In January 2022, the News were similarly hit with a new superseding indictment, which added the bribery and racketeering charges against them for a total of 46 counts that they each face. The News pleaded not guilty and could face hundreds of years in prison if convicted on all counts.

After several delays, more of which are possible, the state trial for the News is currently set for sometime in August or October and the Davis trial is set for Sept. 26. Both the prosecution and defense teams have asked for continuances over the last two years due to the volume of discovery and the complexity of the case.

Davis and New have tried to justify their involvement with Rise in Malibu by suggesting the welfare department was attempting to model programs after the clinic.

“At this point it’s going to take us all,” Davis texted Nancy New, referring to DiBiase’s recovery. “I want us to fly out there and let you personally see their approach. It could be something we want to model in the addiction world we are dealing with.”

The welfare agency imposes drug testing on welfare clients, which more often creates barriers to eligibility, kicking people off the program. New’s nonprofit received tens of millions from the Mississippi Department of Human Services to run a program called Families First for Mississippi, which promised to assist families “holistically,” but it did not advertise substance abuse treatment to clients.

The agency contracted with another nonprofit, Family Resource Center of North Mississippi, to run the program alongside Nancy New.

Around the time Davis was instructing Nancy New to pay Rise in Malibu, conflict was building between the Families First providers, who were competing for funding from the department.

“I am saying prayers as we need peace,” Nancy New texted Davis. “Also, In saying that I want to continue to move forward, do what you need me to do for all these wonderful people in this state who need us to help them. We are keeping our eye on the ball and don’t want to veer.”

“Amen,” Davis responded, followed a few hours later by another text: “Can you check on the transfer to Rise. They say they are not seeing it yet.”

Later that month, Nancy New texted Davis praising him for supporting DiBiase through his recovery and helping him get back on a plane headed to Malibu. In early April, Davis again told New that DiBiase’s therapist recommended he stay another 30 days and told her she could transmit the payment in the morning.

“I am glad to help in anyway I can,” she texted.

The initial indictment against Davis, filed more than two years ago in February 2020, focused more narrowly on allegations surrounding DiBiase’s rehab stint, plus that Davis directed the agency to pay DiBiase on a fraudulent contract for work he didn’t complete while he was in treatment.

Investigators from the state auditor’s office were tipped off to this alleged fraud when they learned the agency had sent DiBiase’s check to a P.O. Box belonging to Davis. Agents were trying to discern if Davis received a kickback in the exchange, according to investigative materials reviewed by Mississippi Today, but the retired wrestler told investigators he used the money to lavish his girlfriend in New Orleans.

Early on, investigators from the auditor’s office also inquired about the agency’s dealings with Brett DiBiase’s brother Ted DiBiase Jr., who collected more than $3 million in welfare funds for self-help lectures he was delivering to state employees. But as their investigation continued, they learned that the scheme ran much deeper than Davis’ odd relationship with the WWE family.

According to a forensic audit, the welfare department misused $77 million during the Davis and Bryant administrations. While Davis is on the hook for the bulk of the misspending, Mississippi Today’s investigation reveals how Bryant, who has not faced any allegations of wrongdoing, wielded influence over the director’s decisions.

The new indictment against Davis notes that the News used the money they allegedly bribed Davis to pay them to make investments in a company called Prevacus, which was developing a treatment for concussions, and its offshoot PreSolMD. Text messages between Bryant and the owner of Prevacus show the outgoing governor was prepared to strike a business deal with the company, until arrests derailed the arrangement.

After Mississippi Today’s story broke, the NAACP wrote a letter asking for the U.S. Department of Justice to investigate the former governor’s actions, but federal officials have yet to acknowledge the recent revelations.