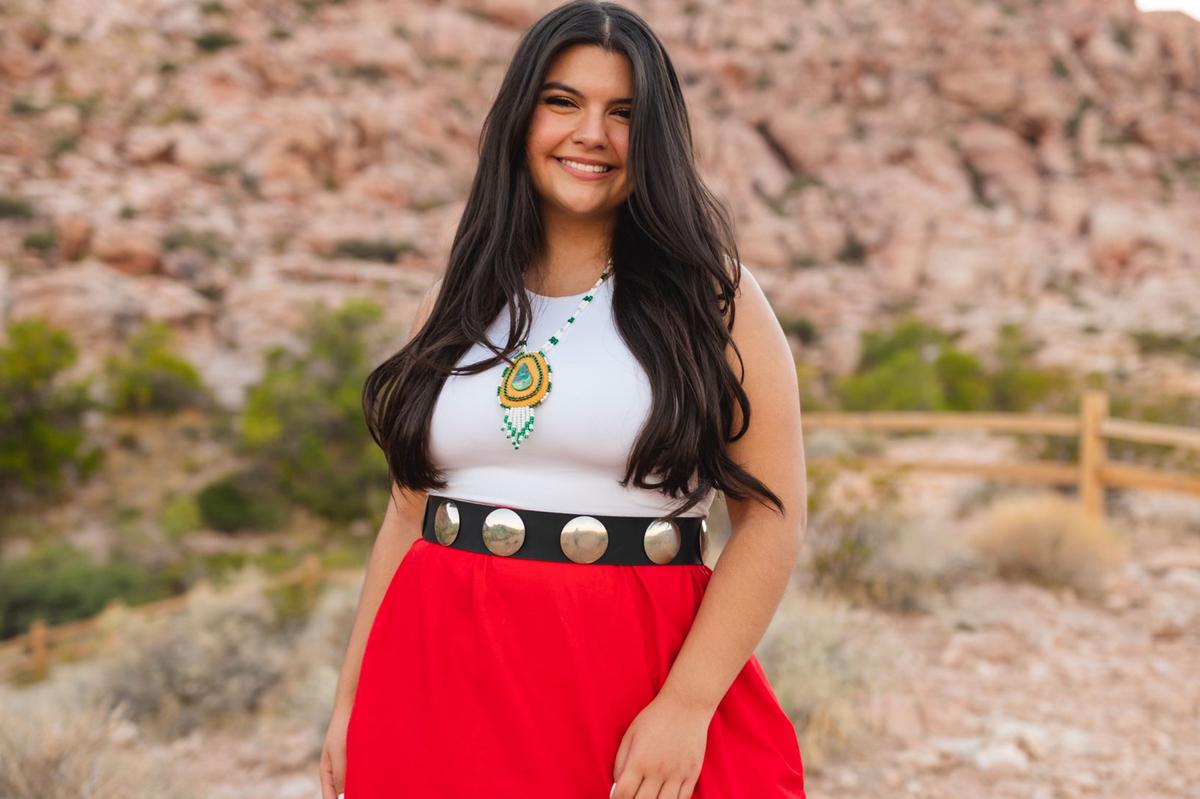 We take for granted the land on which we build, make a living and raise families every day. The same can be said of the Indigenous people who are here today, and were here long before Spanish missionaries, prospectors or railroads ran through this land.

Las Vegas rests on ancestral lands of the Southern Paiute or Nuwuvi people. According to U.S. Census data from 2021, there are more than 27,000 Native Americans of various tribes living in Clark County and more than 53,000 in Nevada.

To honor the land and Indigenous cultures, the first-ever Youth Powwow for the Planet is coming to the UNLV. Organized by the UNLV Native American Student Association, the event is open to the public and will include climate justice workshops, booths, vendors, dance performances and a powwow ceremony.

Natalie O’Neal, a board member with Indigenous Educators Empowerment, a Nevada nonprofit that helped organize the event, says the powwow’s focus on youth reflects her culture’s traditions and life philosophy.

As a member of the Fort Peck Assiniboine & Sioux tribes of Montana, she says regard for the earth and for future generations is part of Native Americans’ spirituality.

oyate, as a family should think about things in terms of [impact] on future generations.”

“We’re always taught to think seven generations ahead,” O’Neal says. “Decisions that we make today, we really as a community, as an

Powwow is a celebration of culture that typically includes food, song and dance. Non-natives are invited and encouraged to attend. No drugs or alcohol are allowed at the powwow, to show respect for elders, songs and dancers. Non-natives will be invited to join in some of the dances, when announced by the emcee. 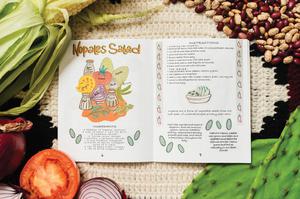 Local Indigenous-led activist group Fifth Sun Project is providing plant-based meals for the dancers, drummers and veterans at the event. Through grassroots organizing and mutual aid from the community, the group raises awareness about issues affecting Indigenous people, including land protection and food sovereignty—the power to produce and control the food you eat. They partnered with the Solidarity Fridge, another local Indigenous-led initiative, to create illustrated cookbook Native Plant Based Foods Vol. 1.

Together, they created the zine-style cookbook to provide a free resource that they could leave at the Solidarity Fridge’s “little free libraries” that have been installed in Las Vegas’ eastside and low-income neighborhoods.

“A lot of the culture within food and environment has gotten lost,” says Eztli Amaya, cofounder of Fifth Sun Project. “We put it together to offer something to the community that has to do with culture, land protection, food justice and resources.”

Amaya and Fifth Sun’s co-founders are descendent of Purépecha, Indigenous people of Western Mexico. They say Native American reservations have long received processed commodities from the government, which has led to poor diets and bad health outcomes. According to the Office of Minority Health, heart disease, cancer, diabetes and liver disease are disproportionately prevalent among American Indians and Alaska Natives, compared to other ethnic groups. Even for urban natives who don’t live on reservations, food deserts present the same issue.

“Growing up on the east side of Vegas, there were never healthy options for us, always fast food and tacos,” Amaya says. “With Vegas being urban and having food deserts, we wanted to figure out how we can reclaim what we haven’t been taught.”

Amaya has been vegan for ten years. She says plant-based eating has helped her reconnect with her culture and traditional ways of growing and consuming food.

At the powwow, Fifth Sun’s priority is bringing nutritious, plant-based food to the table and raising awareness about healthy eating, especially among elders who are more set in their ways and diets.

In addition to working toward healthier communities through more plant-based, locally grown food, young Indigenous people have united and rallied around land protection and preservation efforts. Since last year, 18-year-old McKinley McPherson has been writing letters to lawmakers, advocating for national monument designation of Avi Kwa Ame near Searchlight, which is sacred land to several regional tribes.

She started doing it through a CCSD group that she founded in October 2021, Indigenous Student Association. “Growing up, I always experienced that there was a lack of representation for the students, and a place where we can be, especially in middle school and high school,” McPherson says, adding that programs organized through the schools often die down after the students graduate. “I wanted to create a space where the students [could] feel heard, and where we didn’t have to be constricted by those limits.”

A member of the Pit River Tribe in California, she says student organizing has connected her with natives in Las Vegas and helped strengthen the community overall.

For the Earth Day celebration, she and the Indigenous Student Association have prepared a “live art piece”—a mixed-media project that students will paint and create in real time during the powwow, focusing on how natives respect Mother Earth. She will be contributing beadwork, her personal demonstration of connection with heritage.

Fourteen-year-old Lilliana O’Neal is one of the powwow dancers at the Earth Day celebration. She has been powwow dancing for as long as she can remember, and specializes in the Fancy Shawl dance, in which a shawl is worn on the arms and over the shoulders. She says it’s important to carry the traditions of powwow, to keep the community strong. “I think it’s important [to] have something to fall back on, for us to celebrate when times are tough,” she says.

The middle schooler helps to support the Native community by managing the event’s Instagram page (@powwow4theplanet). Her mother Natalie says social media has become a trademark of contemporary Indigenous youth initiatives. Powwow organizers did not print a single paper flyer to promote the event.

Indigenous youth are rooting down to their communities, using their creativity and tools to affect change from the ground up.

“Native people are here in Nevada,” says Lilliana O’Neal. “Nothing you can do about it.”

Click HERE to subscribe for free to the Weekly Fix, the digital edition of Las Vegas Weekly! Stay up to date with the latest on Las Vegas concerts, shows, restaurants, bars and more, sent directly to your inbox!