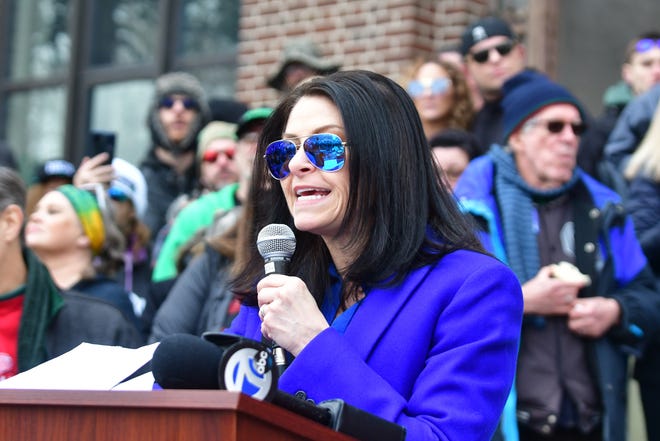 Michigan is gearing up for a battle over abortion, with Democrats promising to be the saviors of women and their right to choose.

Regardless of where you come down on abortion, we should all agree that this fight must be waged in an above-board, lawful fashion.

There are reasons to be concerned that won’t be the case.

Look no further than Democratic Attorney General Dana Nessel, who has already promised that she won’t enforce Michigan’s 1931 abortion ban should the U.S. Supreme Court overturn or greatly weaken Roe v. Wade in the coming weeks.

Separately, Nessel has said neither she nor anyone else in her office will do their constitutional duty to defend the state in a challenge brought by Planned Parenthood. That leaves the GOP-led Legislature to do Nessel’s job, which it has little choice but to do. Other groups, including Right to Life of Michigan, are seeking dismissal of the suit.

These are her personal views. But it’s not her job to make decisions by fiat. As the state’s top law enforcement officer, she is sworn to enforce the law. Time and again, however, Nessel has chosen to ignore laws she doesn’t like and work around them in any way she can.

This has been true with multiple other cases, including one involving what religious freedoms are granted to faith-based adoption agencies, which Nessel this year was forced to settle thanks to a U.S. Supreme Court decision. Nessel also has sanctioned the Michigan Civil Rights Commission’s decision to broaden the definition of the state’s Elliott-Larsen Civil Rights Act to include gender identity and sexual orientation — even though lawmakers have yet to add that language to the law.

That’s their responsibility, not hers.

There are other reasons for concern with the Planned Parenthood challenge.

The judge assigned to the case appears to lack the impartiality needed in such a high-profile lawsuit. (Gov. Gretchen Whitmer has filed a separate suit against the ban.)

Court of Claims Chief Judge Elizabeth Gleicher has disclosed she is an annual donor to Planned Parenthood of Michigan, and she once represented the group when it challenged the abortion ban in 1997. At that time, the state Court of Appeals upheld the ban as constitutional.

Gleicher has said her past involvement and support of Planned Parenthood does not warrant her recusal.

Here’s the rub. If she won’t recuse herself, only parties in the case can file a motion seeking her disqualification. Planned Parenthood certainly isn’t going to do that. And since Nessel’s office is the named defendant, we already know that Nessel doesn’t have a problem with Gleicher’s personal beliefs and prior representation of the plaintiff.

The Legislature does have a right to intervene in the case to defend the state since Nessel won’t. And legislative leaders tell me they are seriously considering doing that, which would then give them the option of filing a motion against Gleicher.

Len Niehoff, who teaches ethics at the University of Michigan Law School and serves as legal counsel for The Detroit News, says he doesn’t think the fact Gleicher represented Planned Parenthood 25 years ago is a problem. But the rules governing judicial conduct are vague, he says, and reasonable people could disagree about what’s ethical behavior.

While much may be left to interpretation, the intent of the rules seems clear. According to Canon 2 of the Michigan Code of Judicial Conduct: “Public confidence in the judiciary is eroded by irresponsible or improper conduct by judges. A judge must avoid all impropriety and appearance of impropriety.”

For instance, state Supreme Court Justice Elizabeth Clement has recused herself from cases involving the Flint water crisis since she had previously served as legal counsel for former Gov. Rick Snyder during the crisis.

Gleicher should do the same, and let one of the other Court of Claims judges step in.

And since Nessel has abdicated her duty, it’s essential for lawmakers to uphold the law as this abortion battle plays out.