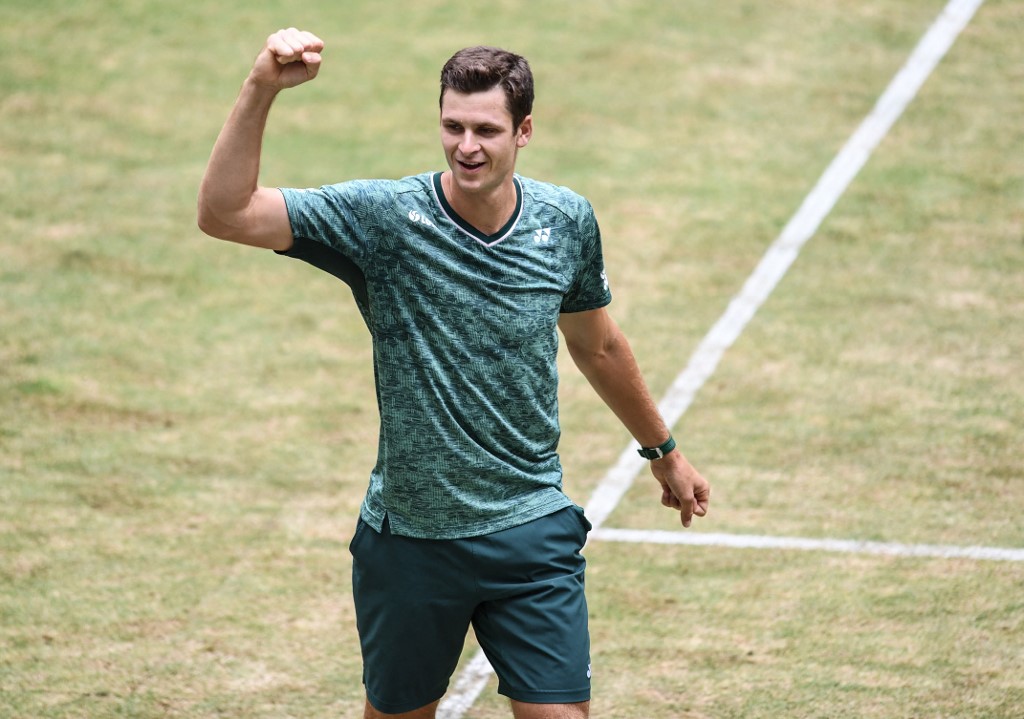 Hubert Hurkacz will hope his powerful serve is on point at Wimbledon after pledging to donate 100 euros ($105.54) for every ace he hits to the Ukraine relief effort, the Polish seventh seed said on Sunday ahead of the grasscourt Grand Slam.

Hurkacz, whose power is suited to grass courts, is third on the list of number of aces hit on the ATP Tour this year with 452 — behind big-serving Americans John Isner and Reilly Opelka.

Seventy of Hurkacz’s aces have come from just six matches on grass, with the 25-year-old winning last week’s tune-up event at Halle where he beat world number one Daniil Medvedev in the final.

“I’d like to announce that starting tomorrow I am pledging to donate 100 euros for every ace I hit at Wimbledon to help support the people of Ukraine. Hope my serve works well!” he wrote on Twitter.

Hurkacz begins his Wimbledon campaign against Spain’s Alejandro Davidovich Fokina in the first round on Monday.

The grasscourt Grand Slam banned players from Russia and Belarus from playing at this year’s Wimbledon following Moscow’s invasion of Ukraine, which Russia calls a ‘special operation.’