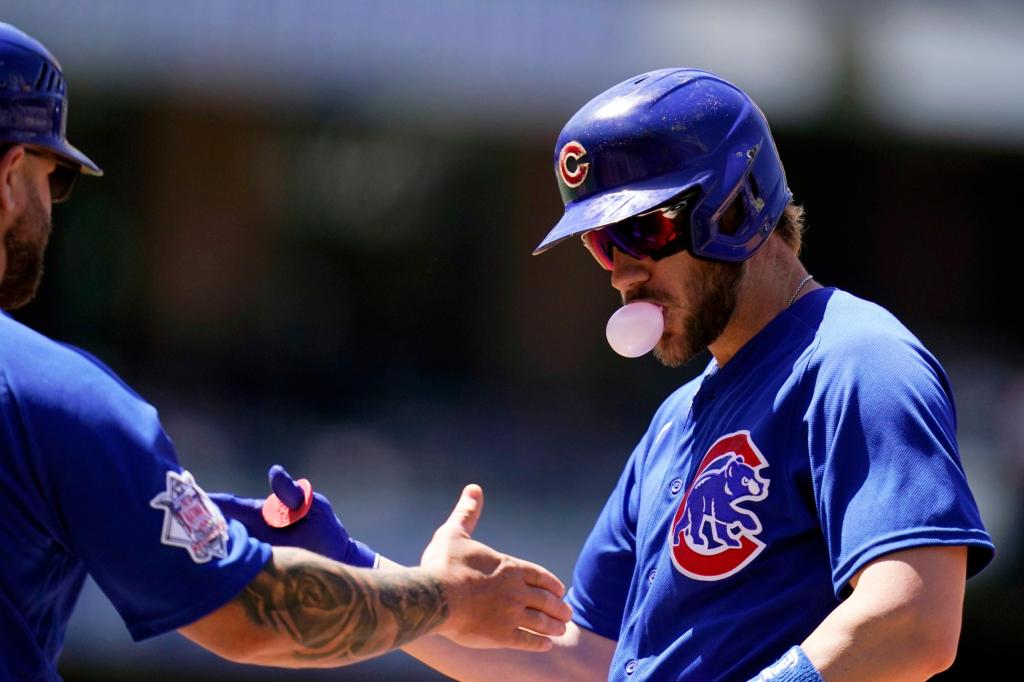 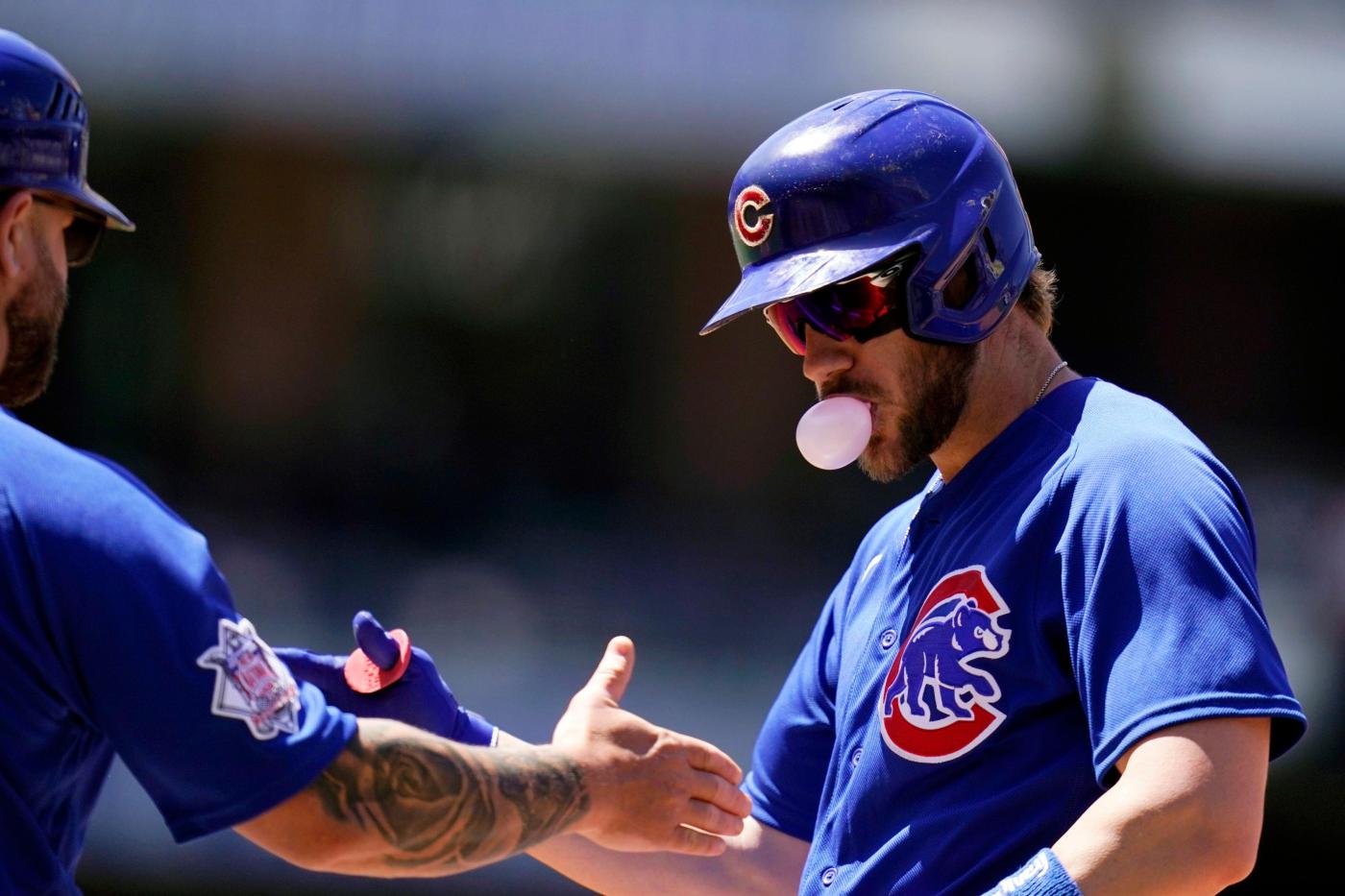 Patrick Wisdom quickly rattled off a few words that summarized his last 12 months.

One year ago today, the Chicago Cubs called up Wisdom, unknowingly giving him the extended big-league opportunity he had been waiting for. Since then, Wisdom has gone from a 29-year-old rookie making the most of his chance nine years into his professional baseball career to making himself a factor on the Cubs and forcing the organization to view him as a viable power hitter.

Wisdom’s willingness to do whatever the Cubs ask of him, notably playing anywhere defensively including center field in one game this year, and the thump in his bat has stood out to manager David Ross.

“Being able to go through a full major-league season with the ups and downs that have come with his performance, it’s been really rewarding to watch him have the consistent at-bat that we expect every time he’s in the box,” Ross said. “He’s been able to consistently be in the lineup, have the at-bats, work in walks and feel like he improves on something daily.”

There were no guarantees this past offseason that the Cubs viewed Wisdom as a player with both short-term value as an every day player and a long-term fit for a rebuilding franchise. Seven weeks into the 2022 season, Wisdom couldn’t say whether he believes he’s shown enough to the organization for them to envision him as part of the Cubs’ next contender.

“If they keep running me out there, that’s great,” Wisdom told the Tribune before Tuesday’s 11-4 win against the Cincinnati Reds. “If that time comes where they don’t, then that’s the nature of the beast and nature of the game. So I just take it game by game, day to day. I come in and if I’m in the lineup, I’m going give it my all. And if I’m not, I’m going to be ready to go when they call on me.

“I guess selfishly I’d like to think that I have, but at the same time, I’m out there to prove myself every single day.”

Beyond his numbers, Wisdom is proud of his daily game readiness and that the team knows he will give it his all on the field. He’s done a better job of limiting how extreme his slumps have become, something the Cubs wanted to see. And his stellar defense at third base makes Wisdom playable even when things aren’t going well in the batter’s box.

Wisdom believes that part of his game, along with his baserunning, has been a huge part of why he’s stayed in the lineup when he does hit an offensive rut.

“He’s understanding who he is as a big-league hitter,” hitting coach Greg Brown said. “He’s understanding what his process is, and he’s been able to put together more consistent at bats. He’s had some really good takes, which I think leads to a lot of the barrels that he gets to.”

Strikeouts are part of Wisdom’s game, and the Cubs are willing to live with that because of his power numbers and defensive boost. While he is still striking out at a 40% rate, his hard-hit rate is up and he is pulling the ball less, going up the middle more.

Brown said Wisdom has been working hard in the cage to keep his barrel in the zone for a longer distance, attributing that and his consistent at-bats for a hot week that saw him homer in four straight games.

“Once you start putting it together over a calendar year and doing damage, seeing how they pitch to him because of the fear factor of the power that he does possess, he’s a huge asset,” Brown said. “When he makes contact, he’s going to hit it hard.”

Wisdom’s 38 home runs since his season debut a year ago are tied with Bryce Harper and Yordan Alvarez for sixth most in the majors. The guys ahead of him? Shohei Ohtani, Vladimir Guerrero Jr., Pete Alonso, Aaron Judge and Salvador Perez. That type of power is extremely valuable, hard to find and much needed for the Cubs.

Wisdom was a great story in 2021 after breaking Kris Bryant’s franchise rookie home run record. But he wants to be more than a one-year momentary success. It’s in the Cubs’ best interest too that Wisdom, who turns 31 in August, can be part of their lineup the next couple seasons.

Self-confidence plays a part in breeding success. Wisdom has started 39 of the Cubs’ first 42 games. Knowing Ross plans to play him every day regardless if he strikes out three times or tallies three hits provides a boost. It can’t be ignored, either, that Wisdom’s production has largely come without much protection in the lineup, especially after the trade deadline last season. Teams have been able to exploit Wisdom when he’s not surrounded by contact hitters.

As his manager put it: “If you put Chipper Jones in the box and you surround him with a bunch of David Rosses, he’s not going to get a lot of pitches to hit right? They’re going to pitch around him every time he comes to the plate, or you’re going to make him hit his pitch because you’re not worried about David Ross hitting behind him.”

Ross wants to set up Wisdom for success by slotting him around hitters who put the ball in play like Frank Schwindel, Nico Hoerner, Nick Madrigal and Yan Gomes — and all them to all play off each other.

The Cubs still have a lot of big-picture questions to answer with this roster. Wisdom’s yearlong sample size indicates he might not be a question mark any longer.

“I’ve learned, more importantly, that the confidence is there,” Wisdom said. “I can play at this level and I can help the team.”