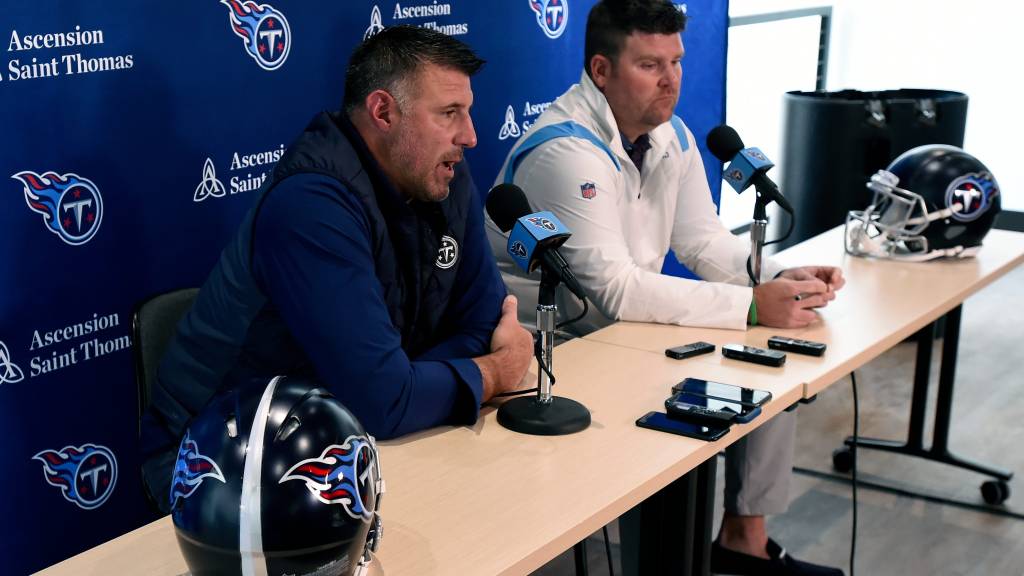 The Tennessee Titans have navigated the early parts of free agency and the 2022 NFL draft, and the overall sentiment is that this team isn’t better off than it was coming into the offseason.

While the same elite defense will be returning, the offense now has several question marks, including along the offensive line after cutting two starters, and at wide receiver, where A.J. Brown is no longer on the team.

And, we’d be remiss if we didn’t mention the uncertainty surrounding quarterback Ryan Tannehill.

The Titans added some impressive young talent in the draft, but some of their picks don’t figure to help out a win-now team like Tennessee right away, and the jury is still out on if wide receiver Treylon Burks can fill Brown’s shoes.

With all that and more in mind, how are analysts viewing the Titans’ offseason moves thus far? We take a look in this round-up of offseason grades from different media outlets.

EC Project: Adding a potential QB of the future

In the draft, the Titans nabbed some promising prospects like Arkansas receiver Treylon Burks and cornerback Roger McCreary. They also took a flier on Liberty quarterback Malik Willis in the third round.

Grabbing Willis was smart because while he’s a raw prospect, he has tremendous physical tools. It will likely require a year or two of seasoning, but Willis can be a high-end starter at the NFL level. That’s something Tennessee doesn’t quite have in current quarterback Ryan Tannehill.

Tannehill has been entirely serviceable, but he has been more of a quality gam -manager than a difference-maker. Willis can be the latter in time. By drafting him, the Titans got a wonderful prospect to groom without giving up a high draft pick to do it.

The decision to trade Brown was far less advisable. Clearly, Tennessee didn’t want to pay him the going rate for receivers—Brown got a four-year, $100 million deal from the Eagles—but it leaves the Titans with a major hole.

Tennessee essentially replaced Brown with Burks, who is totally unproven. Woods can help mitigate the loss of Brown if healthy, but he’s coming off a torn ACL. The Titans’ window is wide open, and it just doesn’t make sense to move a proven receiver and the focal point of your passing attack when the time to win is now.

Until Burks proves that he’s just as capable as Brown, the Titans have to be viewed as a worse team than they were before the trade.

The Titans were another team that didn’t really keep pace with the arms race among the AFC contenders. Their biggest move was re-signing their own player, edge rusher Harold Landry. Though he gets a lot of pressure (70 last season), Landry does it typically as a result of opportunities (he averages over 600 rushes over the last three seasons) and has never posted a PFF pass-rush grade above 62 or an elite pass-rush win rate.

They then traded away A.J. Brown on draft night rather than pay him a big second contract, putting rookie Treylon Burks under huge pressure immediately to offset that loss. Burks has a lot of talent, but he played more of a gimmick role in college at Arkansas. He will have to learn how to play receiver at the NFL level. Otherwise, their draft featured several players that seemed like reaches, but it could all be redeemed if Malik Willis hits his potential.

Willis slid to the third round and now gets to learn from the bench with no pressure to start. Willis has an elite arm and huge athletic potential as a rusher, but he needs to improve his accuracy and gain experience running an NFL offense. That’s the kind of pick that has franchise-changing potential if it works out.

Treylon Burks isn’t A.J. Brown until he shows it on the field. Comparison aside, the Arkansas WR has to prove it in the NFL. Look for Malik Willis to have something to prove and to get the chance when Marcus Mariota inevitably is sidelined. Haasan Haskins will be a nice relief back for Derrick Henry.  Grade: C

The Titans opted to trade standout wideout, A.J. Brown, to the Eagles rather than paying Ryan Tannehill’s top target. They selected Brown’s replacement, Treylon Burks, in the first round and added perhaps the best quarterback in this year’s draft class in Malik Willis. The Titans know that the offense will continue to go through Derrick Henry. Henry has been one of the best running backs over the past few years but injuries plagued him last season. Adding RB Hassan Haskins in the draft was a smart move. The Titans can’t overwork Henry or they will have no hope against the better teams in the league. Tennessee also added TE Chigoziem Okonkwo, a player at a position of immense need ever since Jonnu Smith departed two years ago. They also selected late-round wide receiver, Kyle Phillips, who will remind Titan fans of former slot receiver Adam Humphries. The Titans are still a run-first offense but if Burks is as good as management seems to think, the Titans should remain the team to beat in the division. Losing Brown will hurt but getting Tannehill’s future replacement in Willis was a major win for a franchise that knows Tannehill may never have the skill set to get them to the promised land. Unlike Tannehill, Willis is extremely mobile. He’s definitely a project but he could be the starting quarterback by as early as the 2023 season. And the Titans are still the team to beat in the AFC South even with the aging Tannehill.