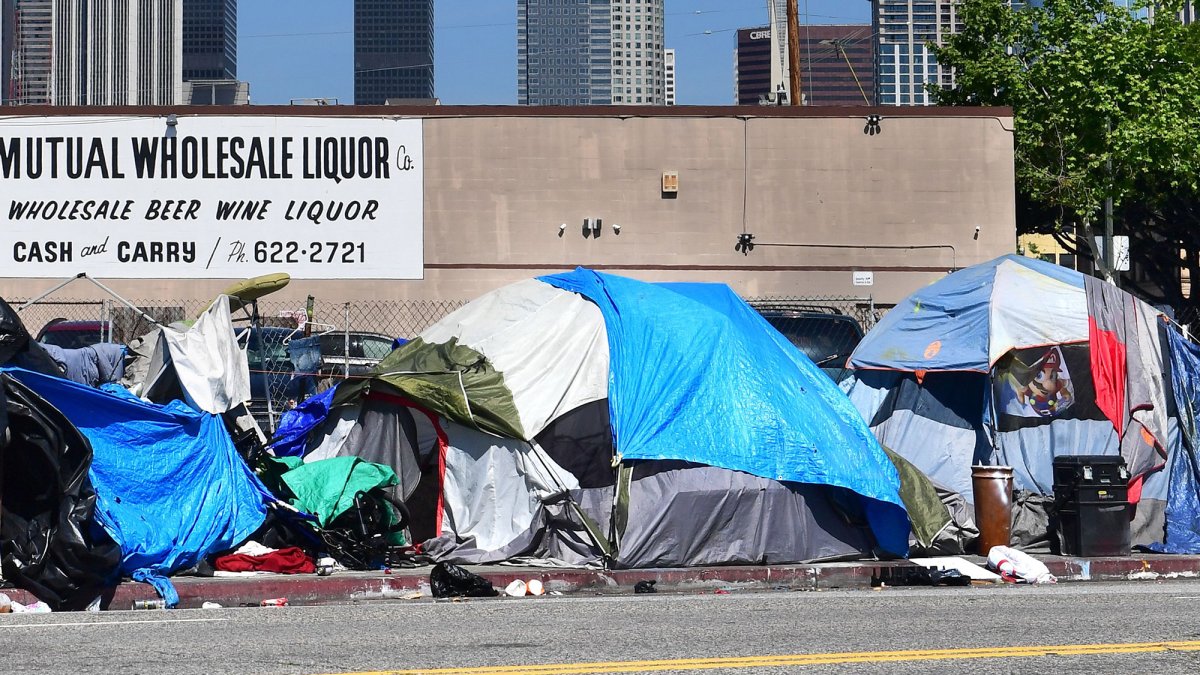 During the first 12 months of the COVID-19 pandemic, overall deaths of homeless people in Los Angeles County increased by 56% compared to the previous 12 months — a spike partially attributable to the virus, though drug overdoses continued to be the population’s top killer, according to a new report.

Drug overdose remained the leading cause of death among the homeless during the pandemic-onset year, with such fatalities increasing by 78% during the first year of the pandemic, compared to the previous 12 months, according to the study.

The report found that 179 homeless people died from COVID-19 during the first year of the pandemic, meaning the virus was responsible for about 25% of the overall increase in homeless deaths during that 12-month period.

Excluding the COVID deaths, the number of homeless people who died in the county during the pandemic year still rose by 43% compared to the previous 12 months.

Between April 1, 2020, and March 31, 2021, COVID-19 ranked as the third-leading cause of death among the homeless population, behind drug overdoses and coronary heart disease. Traffic injuries and homicide were the fourth- and fifth-leading causes of death during that period, according to the county report.

“The findings in this report reflect a true state of emergency on the streets across our county,” Supervisor Hilda L. Solis said in a statement.

“In a civil society, it is unacceptable for any of us to not be profoundly disturbed by the shocking needs documented in this year’s homeless mortality report. We must redouble our efforts to address this crisis. As part of our response, it is critical that we address the drug epidemic, particularly the rise of fentanyl on our streets.”

Methamphetamine was involved in the vast majority of deaths, at 75%, roughly the same as the previous year. But the involvement of fentanyl in overdose deaths jumped from 27% during the pre-pandemic year to 45%.

“While efforts to prevent the spread of COVID-19 remain critically important, we must also implement effective strategies that address the other leading causes of death among this vulnerable population, most importantly the tragic continued rise in drug overdose deaths,” county Public Health Director Barbara Ferrer said in a statement.

County officials said they have a series of steps planned in hopes of addressing homeless deaths, including an expansion of field-based substance abuse treatment services, increased distribution of naloxone to the homeless both on the streets and in shelters, and implementing more infectious-disease protocols in shelters and encampments.