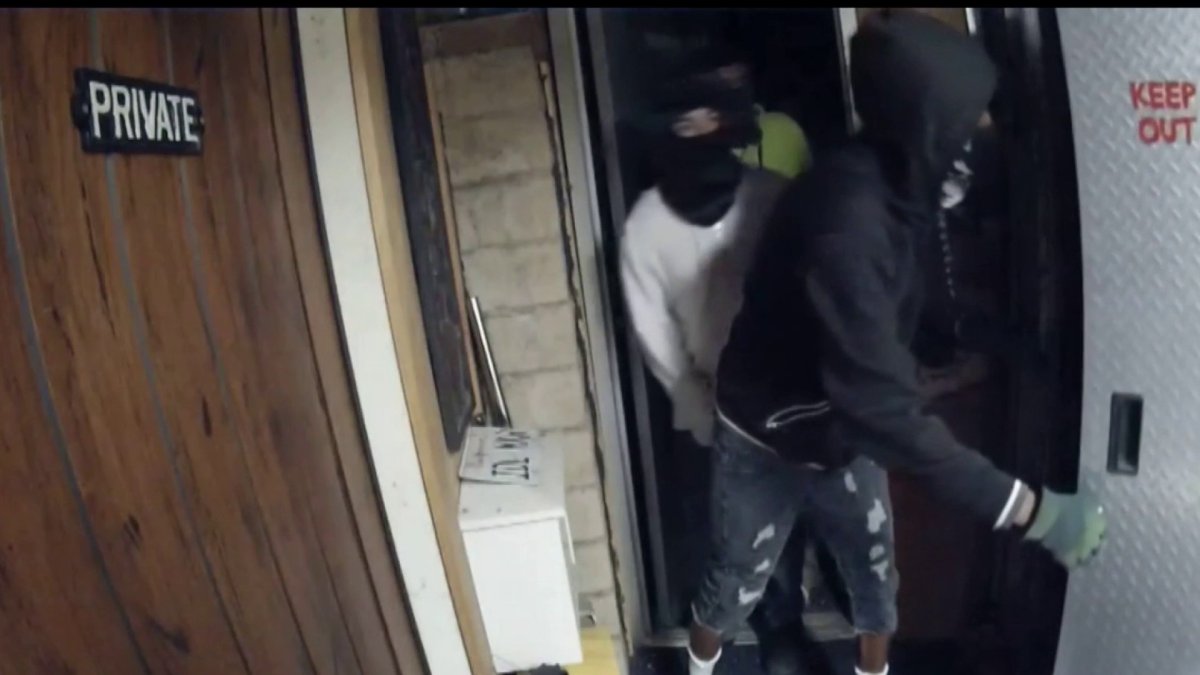 Police are investigating a home burglary in the Hollywood Hills captured on security cameras, and all while the homeowner was hiding in the bathroom the whole time watching it all unfold.

The security video from the home on Pacific View Drive shows a group of masked men breaking in and casing out the hallway, one even turning the camera away.

“Last night while I was watching TV, I heard some thumping going on and I thought maybe a raccoon was in my house,” the homeowner said. “I looked on the security camera, there happened to be one guy with a mask on sticking his head in the door and sticking carpet into the door to keep it open.”

The homeowner asked NBC4 not to use his name or show his face. He says he was shocked to see the burglars rummaging through his drawers, his belongings and his personal space.

It seems they made no attempt to be discreet but the homeowner says he’s certain they knew he was home.

“They weren’t scared of the dogs, they knew I was at home watching TV and the lights were on and they still did it,” the homeowner said.

All the while as this was happening last night around 11:15 p.m. he says he was hiding in the bathroom on the phone with police

“They told me to go in the bathroom and lock the door which I did, stayed with me on the phone. They sent a bunch of police but these guys were in my house for 7-10 minutes. They completely ripped that part of the house apart, garage, laundry room,” the homeowner said.

At one point, the homeowner says the burglars were just on the other side of the wall from him.

He tried hard to stay quiet and calm until help arrived.

“It wasn’t until police finally arrived that they said do not do anything I stuck my head out through the bathroom to my living room, they saw me and they came flying out the door,” the homeowner said.

Another security camera captures the burglars running out of the home.

The homeowner says he wants the city and police to do more to keep his neighborhood safe.

“I put the lights out here but this still happens. What bothers me is I’m here alone, five guys. Unless I own a machine gun they’re going to do something to me,” the homeowner said. “I always thought my life was going to be peaceful up here, very zen. Last night, maybe it’s time for me to leave Los Angeles.”