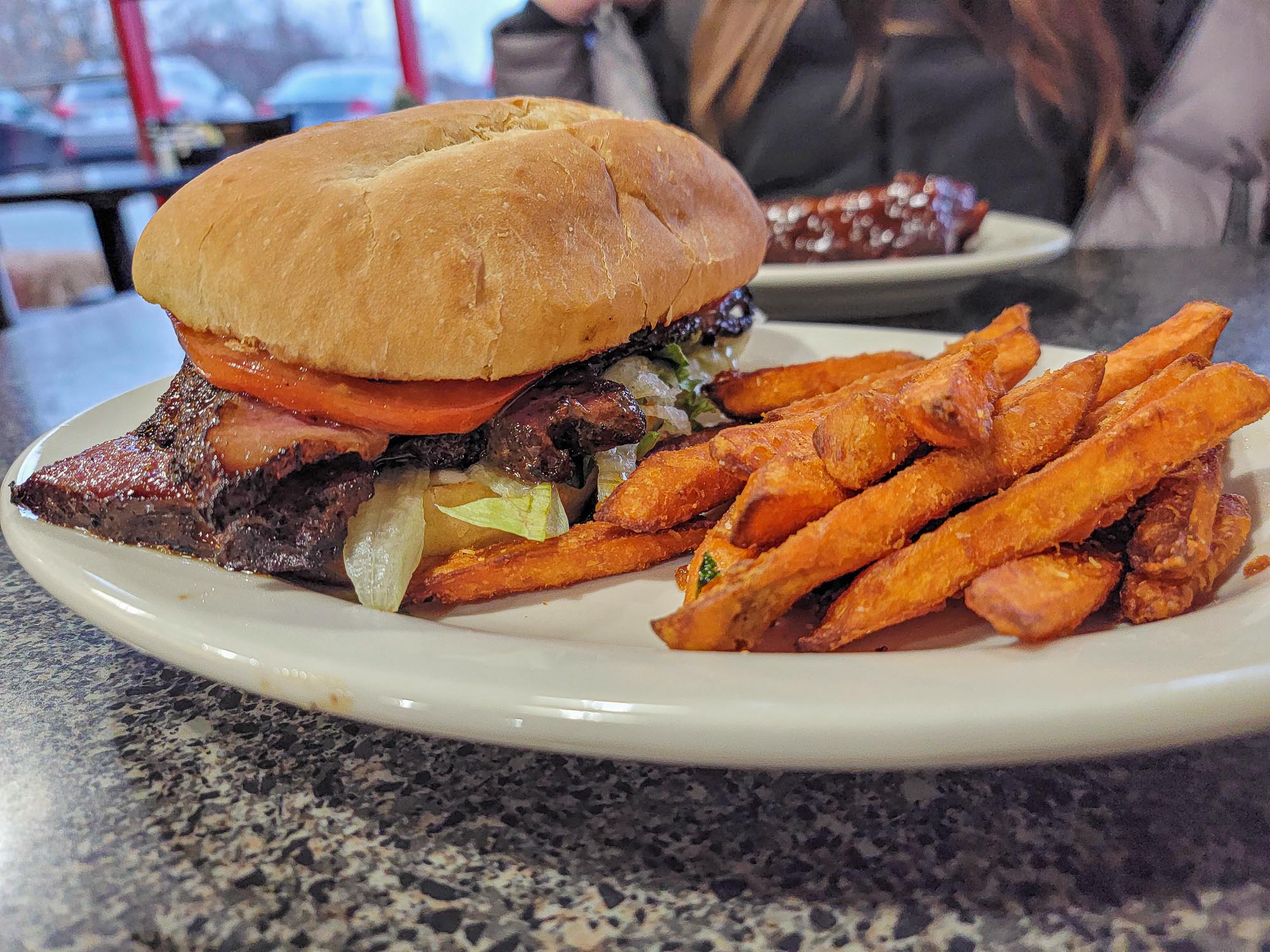 Sometimes when we want barbecue, we do not need all the bells and whistles and simply want perfectly cooked meats at reasonable prices.

When this craving hits south of Pittsburgh, you may want to be on the lookout for Hog Fathers BBQ. With several locations in the area this one can certainly help satisfy your needs quickly! 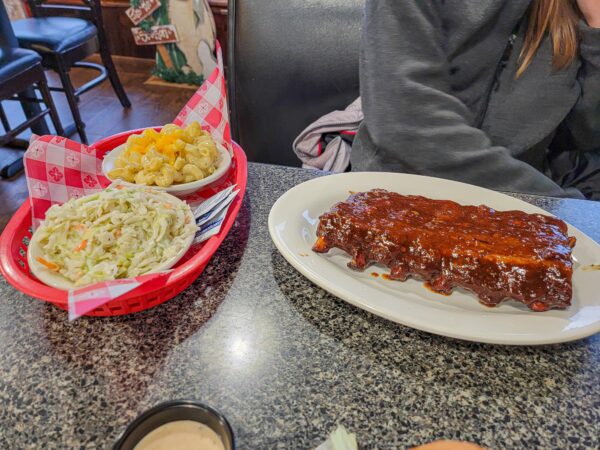 The menu at Hog Father’s reads a lot like a conventional barbecue restaurant. They have no shortage of appetizers, sides, sandwiches, wraps, burgers, and of course barbecue plates. While you can’t build your own barbecue plate of several types of meat, they do offer some entrees with multiple pre-selected portions of meat like their rib and chicken combo and a backyard deal plate of sausage, ribs, chicken, and a couple of sides to name a few. 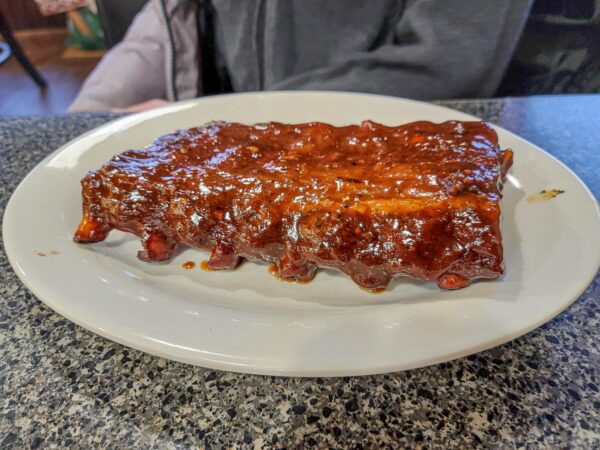 During our first visit, we were a bit restrained in our order and opted to try a brisket sandwich and half rack of ribs plus a side of sweet potato fries, coleslaw, and mac and cheese for good measure.

Appearance-wise, the portions at Hog Father’s were not the largest we’ve ever had (particularly for the sandwich). But this is one of those places where looks are deceiving as it was more than enough to fill us up and then some. 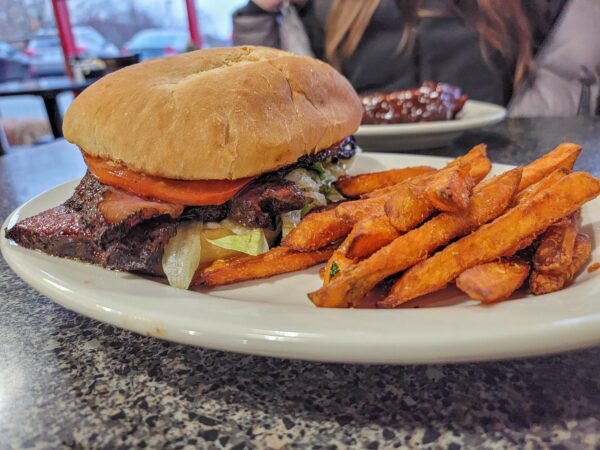 When it comes to tender meats, we really cannot understate how well Hog Father’s delivered on this end. The ribs were fall-off-the-bone caliber and the brisket was so tender you could cut it with a plastic fork. Neither had any appreciable bark to speak of but still came with a nice smokiness that balanced with the sweet and tangy barbecue sauce perfectly.

Simple, executed perfectly, and delicious? Well, you can’t say no to that.

On the sides front we went with an order of coleslaw and mac and cheese that were relatively straightforward ingredient-wise (think what you’d take to a picnic) but came in large enough portions and served as a nice compliment to the entrees all the same.

Overall, when the craving hits you for barbecue and you are around Washington or Canonsburg, a stop at Hog Fathers may need to be on your radar!

Hog Fathers has four locations in southwest Pennsylvania. One at 113 Cavasina Drive in Canonsburg, one at 243 E Main Street in Monongahela, and two in Washington, PA, at 1500 West Chestnut Street (Washington Crown Center food court) and 1301 Jefferson Avenue. We visited the Jefferson Avenue location for this review.

Where to Eat at Philadelphia International Airport (PHL)

Zone28 Offers Indoor Fun for Kids and Adults in Harmarville