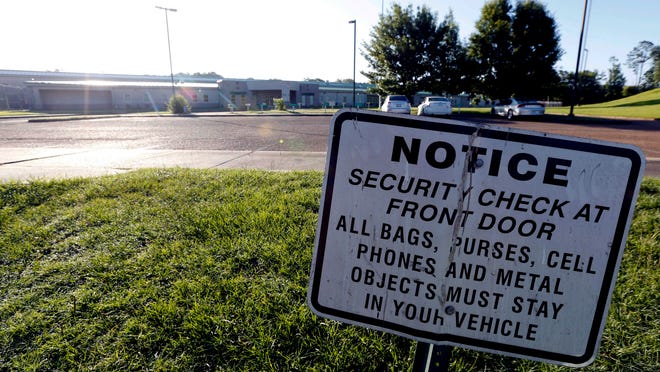 The Raymond Detention Center is no longer operating under a federal consent decree.

After three weeks of hearings in federal court in March, U.S. District Court Judge Carlton Reeves issued a ruling Wednesday that greatly scales back the decree. However, he pointed to continued violence at the jail and put a new injunction in place for the county to continue addressing ongoing problems at the jail.

“In the intervening six years, the county has made few changes to attempt to bring the facility up to minimum constitutional standards,” Reeves wrote. “There will be consequences for the county’s inaction.”

Reeves made the changes in response to the county’s January request to terminate or change the consent decree under the Prison Litigation Reform Act, a federal law that allows states to be released from such agreements two years after being issued.

What is receivership?:Expert: Receiverships uncommon, especially for local jails like Raymond Detention Center

What is the county planning?:New Jackson jail to help Hinds County with ‘serious problems’ at Raymond Detention Center

In his 149-page ruling, he laid out that portions of the consent decree would be deleted and reasons why, and which would remain through the injunction.

In the accompanying injunction, Reeves lists 18 areas for the county to implement improvements, including protection from harm.

County’s response: ‘A step in the right direction’

Sheriff Tyree Jones was the fourth sheriff to work under the consent decree. He said the judge’s ruling gives him an opportunity to turn the jail around.

“I believe this is a step in the right direction,” Jones said during a Thursday press conference at the Raymond Detention Center.

Scaling back the consent decree is more helpful for him and county officials, Jones said. The sheriff’s office has worked on some of the issues addressed in the injunction since hearings about the jail in federal court earlier this year, he said.

During the hearings, attorneys for the U.S. Department of Justice argued for federal takeover through receivership.

Jones believes the county can move forward because it has the right administration with experience and expertise in place, including Interim Jail Administrator Frank Shaw, who was hired in March. Shaw is the former prison warden.

Jones said his top priorities are staffing and jail facilities.

Understaffing has been an issue over the years and was highlighted in court monitor reports and the jail hearings.

Jones said pay raises have been implemented to help hire more detention officers, and he is working on a step plan to retain staff. So far this year, the sheriff’s office has hired between 25 and 30 new officers through recruit classes, he said Thursday.

He said having more staff can help to make sure jail building improvements aren’t undone by detainees and to help reduce violence.

Jones also said he is working closely with the Hinds County Board of Supervisors, including on funding to renovate for the B and C jail housing pods and plans to build a new jail for the county in Jackson.

On April 5, Attorneys for the county said they plan to appeal Reeves’ notice of contempt to the U.S. Court of Appeals for the Firth Circuit Court in New Orleans.

Reeves has ordered the county to be held in contempt twice, in February and March, for failure to follow the consent decree and fix unconstitutional issues at the detention center.

At the time of filing the notice, the judge did not issue a remedy for the jail, but attorneys wrote the appeal notice was “out of an abundance of caution” to protect the county’s right to appeal the notice of contempt.