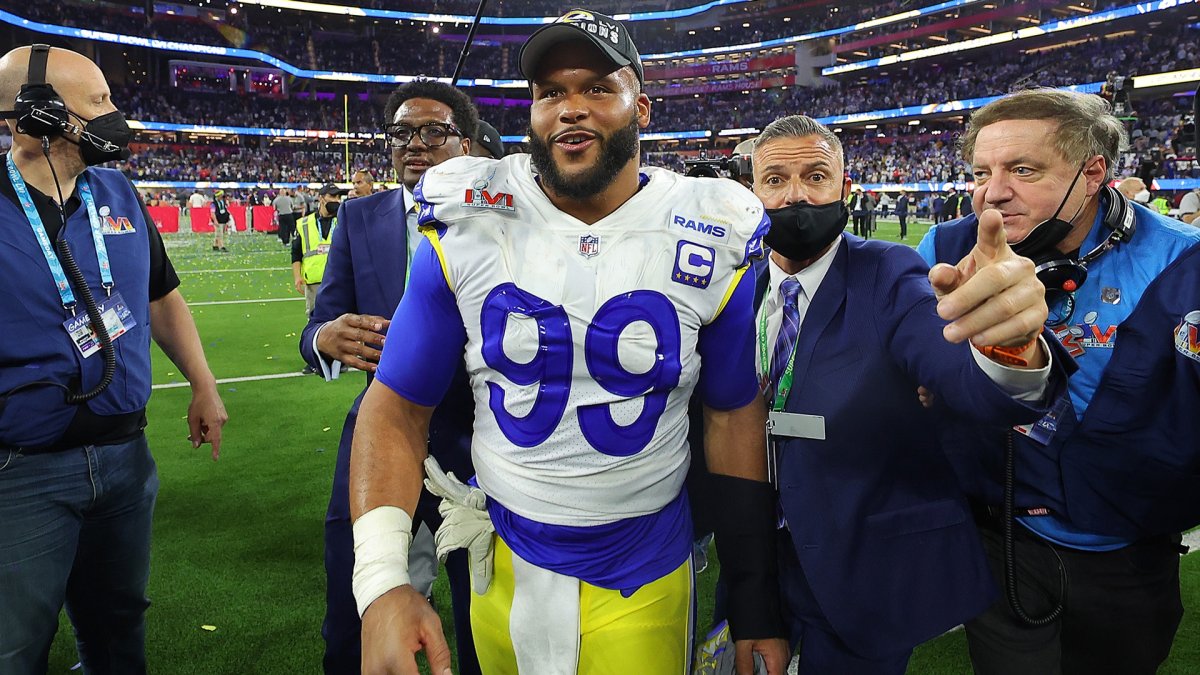 The Los Angeles Rams will start the upcoming season in the same place they were when last season came to an end — in the spotlight at SoFi Stadium in Inglewood.

The Super Bowl LVI champions play in the in the NFL Kickoff Game Sept. 8 with a home game against the AFC’s Buffalo Bills. It’s a game that promises to offer offensive fireworks at the start of the 17-game NFL schedule that was released Thursday.

Here’s what to know about the Rams upcoming season schedule.

Here is the Rams’ complete 2022-23 regular-season schedule. In terms of strength of schedule, it is one of the league’s toughest featuring the likes of Buffalo, San Francisco, Tampa Bay, Kansas City and others. Opponents have a combined 2021-22 record of 164-125.

When will the Rams play in prime-time?

In addition to the Bills game, the Rams also will play on New Year’s Day on “Sunday Night Football” against the Los Angeles Chargers at SoFi Stadium. The Chargers designated as the home team.

The Rams are scheduled to play three other prime-time games, including “Monday Night Football” matchups on on ESPN at San Francisco Oct. 3 and at Green Bay Dec. 19. The Rams will play the Las Vegas Raiders in a much-anticipated “Thursday Night Football” game at SoFi Stadium on Dec. 8.

Some games had been announced earlier, including the Christmas Day game between the Rams and Denver Broncos.

How is the NFL schedule determined?

The NFL’s schedule is based on a formula assuring that a team will face each of the 31 other teams at least once over four years. Each team plays home and road games against each of the other three teams in its division, one game each against all the teams in one division in its conference and one in the other conference, the remaining teams in its conference that finished in the same position in the standings as it did and a team from a designated division in the other conference that finished in the same position it did.