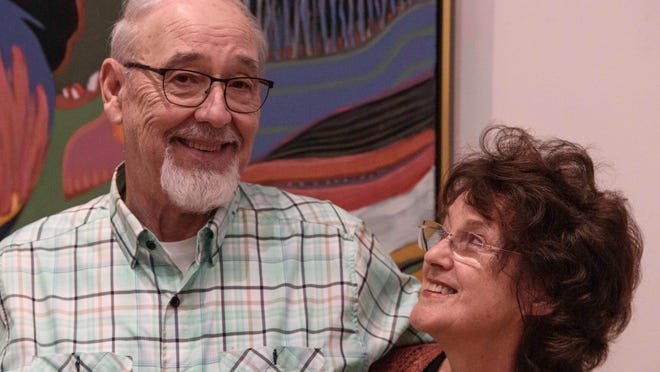 Though it’s been called eclectic, unique and unapparelled, downtown Hattiesburg is a place that is not easily summed up by simple adjectives.

Home to restaurants, retail shops, public art displays and galleries, there is no shortage of activity downtown these days, but that wasn’t always the case.

Downtown has seen an ebb and flow of development, but the people who live and work there believe this time is different.

That’s thanks to a tight-knit community of residents, business owners and entrepreneurs who believe in investing in downtown Hattiesburg.

Economy Supply, owned by the Myrick family, is known as the downtown go-to for anything from cutting a key to picking up a box of nails.

“It’s a neat place to pick up what’s coming forward because everybody comes here to get 2x4s when they’re working downtown,” Myrick said. “Even though it’s dirty and out of the way … it’s a really good place to run into a cross-section of everyone in Hattiesburg.

“From the wealthiest people to homeless people, you’re gonna find them here on Second Street.”

Myrick, 38, is a Hattiesburg native who has been working at the business since 2007.

“As soon as I started working here, the housing market crumbled,” Myrick said. “We were able to keep it together. … We weathered that storm. Some of our competitors did not. Now times are good again.”

Over the years, the business has sponsored Live at Five and youth baseball fields, and it is a sponsor of the upcoming Downtown Crawfish Jam.

“A decade ago, everyone in this business told us we were crazy for staying here and not moving to Lamar County.”

Charles Price, a Hattiesburg native who attended art school at Southern Miss in the 90s, was inspired to open his own art gallery after attending an art walk downtown in 2007.

“Downtown had a very bohemian atmosphere, … a really artsy feeling even though downtown was in terrible condition. Buildings were run-down, but artists were entering the run-down buildings and creating art,” Price said.

A few years after he sold his sporting goods business in west Hattiesburg, Price began renovations on a building that would eventually become Oddfellows Gallery.

“When I got involved with it, it’s sort of like a painting. Once you start, it’s hard to turn around and quit. … I take a great deal of pride in what we did here.”

Restorations were completed in 2011, and Price won an award for best restoration in the state.

Today, Charles, 78, and Anita Price, 75, run Oddfellows Gallery, which doubles as a private event space, and are involved in property management as the owners of several downtown buildings.

“They were part of the earlier group that saw the vision for downtown and bought buildings and renovated buildings and put businesses in buildings,” said Andrea Saffle, executive director of the Downtown Hattiesburg Association.

“Renovating an old building like the Oddfellows building, that’s an act of love,” she said. “It’s not like a new construction or a strip mall where you’re immediately going to see a return on your investment”

Located in the heart of downtown, Oddfellows Gallery is a three-story building built in 1899.

“This is not our first business. This is our last business,” Charles Price said with a laugh. “From 2011 on, we haven’t stopped.”

Besides working at the gallery, Anita Price considers her role in downtown tourism an important contribution.

“If I have a job, it’s that when tourists, people from other places, are wandering around looking for something to do, I point things to them, I tell them about places to eat, things to do, I hand out walking tour information,” Anita Price said.

“Without an art gallery, or just art venue of some description, I feel like a city is void of something,” Charles Price said.

“I travel and go to other downtowns,” Haskin said. “I thought it would be cool to have a restaurant in a downtown community where you could walk outside … and see another business, whether it be a retail shop, a butcher store, a salon, and then they come over and eat with you and you go over and conduct business with them.”

The 47-year-old owns SouthBound Bagel and Coffee Shop, Nellie’s Chicken and Daiquiris, Hattiesburgers and Blues and Blu Jazz Cafe, and employs around 24 people.

“Any vibrant city, any growing city, has to have a vibrant and growing downtown. Downtown is the heartbeat of any city,” Haskin said.

Another downtown cornerstone, Fairley’s Wings and More, is a favorite for chicken wings and burgers. Owner Nicholas Fairley said it was always his dream to start his own business.

“I think (there are) some pretty good things going on right now. It needed it, so it’s moving in the right direction,” Fairley said of the downtown revitalization.

The 35-year-old Hattiesburg native believes it’s important to invest in the community because the best part of downtown is the people.

It’s safe to say the environment cultivated at The Lucky Rabbit is unique.

Open each weekend, The Lucky Rabbit is a 15,000-square-foot variety store filled with unique and nostalgic items. Established in 2013, it is known for detailed recreations of sets from popular shows and films, including “Stranger Things”, “The Office” and “Christmas Vacation”.

The store was opened by Brandon and Abby Thaxton and nearly a decade later, has grown to become one of downtown’s biggest attractions.

“They have single-handedly helped to change downtown,” Saffle said.

In January and February of 2021, The Lucky Rabbit’s recreation of the Schitt’s Creek set caught national attention, reaching more than 1.8 billion people worldwide through articles and social media. The business welcomed more than 6,000 out-of-state visitors during the past year, serving as one of the catalysts for explosive downtown development.

“I love saving these old buildings,” Goff said. “It breaks my heart that they just bulldoze them, pave a parking lot or whatever and they’re gone forever. So we need to save every one of these, and that’s what we’re trying to do.”

Goff’s first downtown restoration project was his own home, located near the Old Bottling Co.

“It was in terrible, terrible condition. So we bought it to kind of renovate it and make an apartment out of it and rent it, and after a few months, we fell in love with the place and said “Heck, let’s just live here.'”

Though it was Goff’s first rebuild, it was not his last.

The 68-year-old now owns several downtown buildings that have undergone renovations or are in progress, including Hattiesburgers and Blues, Downtown Nutrition and a block of buildings across from The Lucky Rabbit.

Goff, a self-proclaimed cheerleader for downtown, welcomes the most recent wave of revitalization, and thinks the more people who live downtown the better.

“We want to bring people from outside, but when you have clientele that’s within walking distance of your shop or restaurant, they’re more likely to go there than get in their car and drive to Midtown or out west.

“Downtown is its own little community. It’s very eclectic so to speak. It’s a very accepting community, which I love about it. It’s just people from all different backgrounds.”