Harrold man who escaped from state Corrections facility in Yankton while serving time on a Hughes County possession charge, sentenced for Assaulting a Federal Officer 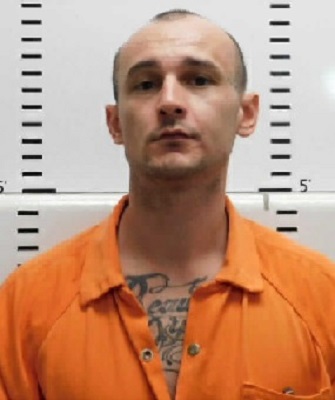 A 31 year old man from Harrold convicted of Assaulting, Resisting, and Impeding a Federal Officer has been sentenced in U.S. District Court.

Richard Barela must spend 84 months in federal prison, followed by three years of supervised release, and a special assessment to the Federal Crime Victims Fund in the amount of $100.

In January 2020, Barela was an inmate at the Yankton Community Work Center, a minimum security South Dakota Department of Corrections facility in Yankton. At the time, Barela was serving a sentence for possession of a controlled substance based on a conviction in Hughes County. On January 3, 2020, Barela escaped from YCWC and stole a vehicle belonging to DOC. A warrant was subsequently issued for his arrest.

Deputy U.S. Marshals engaged Barela in conversation in an attempt to convince him to surrender. Barela responded by telling the officers he would not go back to prison and that the officers would have to kill him to get him out of the basement. Barela also told the officers he had a knife, which he brandished, and he told them he would kill any law enforcement that attempted to take him into custody. After approximately four hours, law enforcement deployed tear gas into the bedroom in an effort to end the standoff. Barela subsequently exited the bedroom and was immediately taken into custody.

Barela was immediately turned over to the custody of the U.S. Marshals Service.

The maximum penalty if convicted is up to 20 years in federal prison and/or a $250,000 fine, 3 years of supervised release and restitution may be ordered.

Barela was remanded to the custody of the U.S. Marshals Service pending trial. A trial date has not been set.