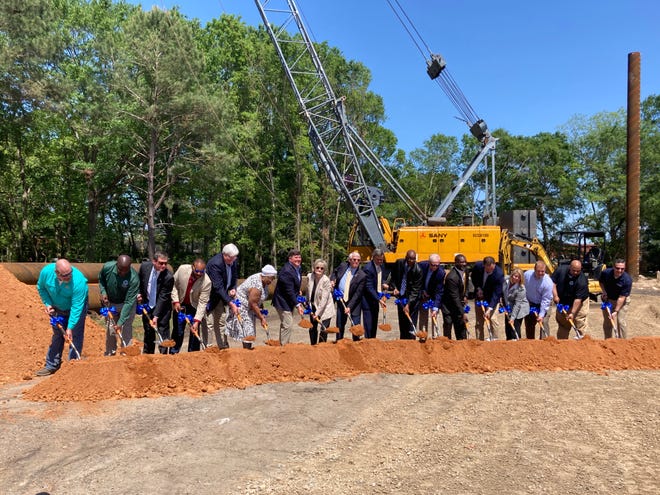 “As we turn dirt today, we are reminded of where we stood just over two years ago, a few weeks before COVID hit, right across these tracks — behind that train,” Barker said, followed by chuckles from those in attendance.

“On that Saturday morning, we announced we had received a $5.39 million Consolidated Rail Infrastructure and Safety Improvements grant. … In about two years on this very spot, we will have an overpass that delivers motorists, cyclists and pedestrians over the Canadian National Line.”

This project was announced in February 2020 to help solve one of the city’s biggest transportation issues — blocked railroad crossings.

“Think of nearly 100 years where people in vehicles could not get across the tracks when a train was blocking a crossing. Consider … how police officers couldn’t access a neighborhood a quarter mile away because of the blocked crossings,” Barker said.

The project is anticipated to take about two years to complete.